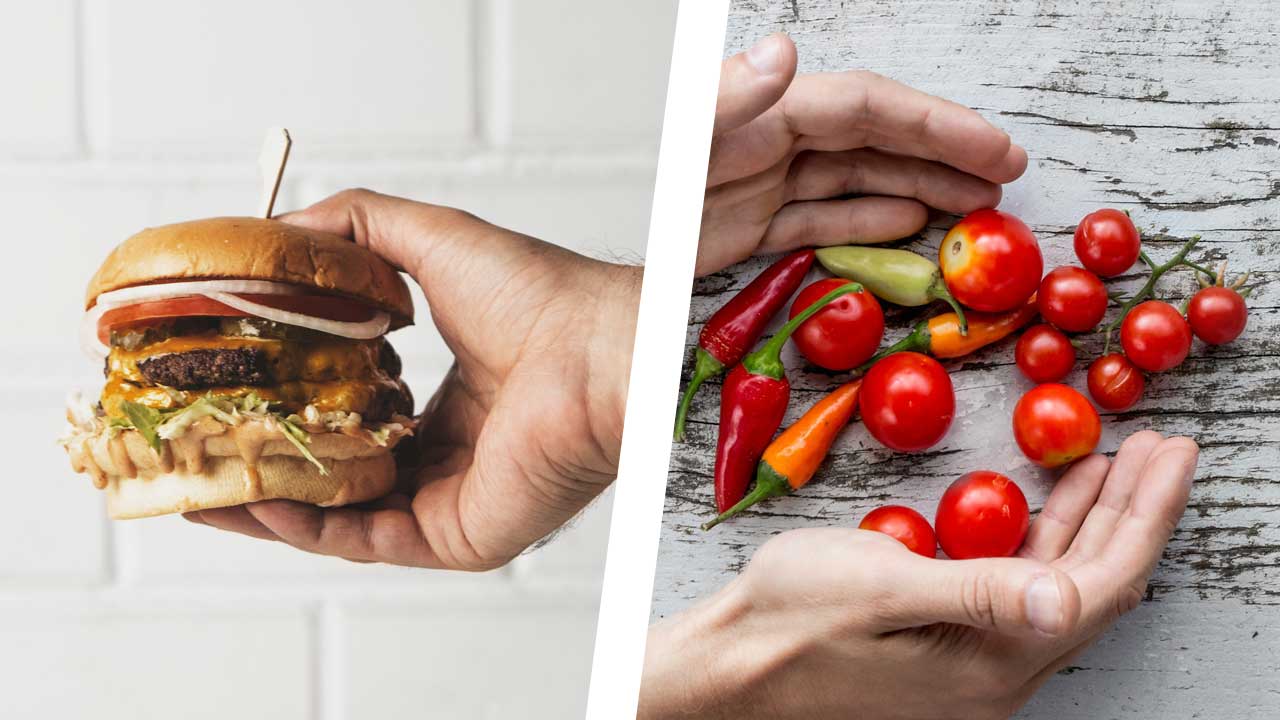 Many people are also vegan to contribute to climate protection. A study by Finnish researchers has examined how this can also be achieved with a lifestyle that does not completely exclude animal products (“omnivorous”), and how if it replaces meat and others with “foods of the future”.

Numerous studies have shown that a vegan diet is particularly climate-friendly. But now, a Finnish research team has concluded that a diet with so-called new and future foods (ie “new and future foods,” NFF for short) could theoretically reduce environmental impact even further.

When new foods designate, among other things, foods that are produced with the help of new production technologies, such as meat from cell cultures. food of the future they are foods that we will probably produce and consume more of in the future, such as insects or spirulina. The researchers published the results in the journal “Nature Food”.

Finnish researchers have developed three “optimized forms of nutrition” for study: vegan, omnivorous, and NFF-based. Optimized means that the diet is designed in such a way that the environmental impact is minimal, but still provides the necessary amount of nutritional values, among other things. In the model, for example, omnivores consume significantly fewer animal products than the average European population.

The study examined three scenarios, for which each diet was optimized to minimize impact on land use, water use, or greenhouse gas balance. For example, dairy products were permitted to some extent in the land- and water-saving variant of the omnivorous diet, but not in the greenhouse-gas-saving variant. The team then compared the values ​​with those of an average diet for people in Europe.

Climate protection: why vegan and omnivore nutrition are on a par

Researchers led by Rachel Mazac from the University of Helsinki emphasized to the German news agency and Geo magazine that novel/future foods are not only climate and environment friendly, but also nutritionally sensitive. “Compared to currently available plant-based protein-rich options such as legumes and grains, NFFs may contain a more complete spectrum of essential nutrients such as protein, calcium, vitamin B12, and omega-3 polyunsaturated fatty acids.”

The study also shows that much can be achieved by simply not eating meat. According to the study, the reduction or even exclusion alone accounts for about 60 percent of the positive balance of ecologically optimized forms of nutrition.

The fact that the omnivorous and vegan variants are on a par is because the “optimized omnivorous diet” almost excludes animal foods. An omnivorous diet, consuming 20 per cent of the amount of meat, fish, eggs and dairy products Europeans eat on average, only reduced environmental impacts by 70 per cent.

Criticism of the study: New foods are not safe

The Finnish study shows that there are many ways to make our diet more climate-friendly. But experts are upset by the NFF’s assessment.

Florian Humpenöder, from the Transformation Paths department of the Potsdam Institute for Climate Impact Research (PIK), warns the Neue Züricher Zeitung (NZZ): “Especially for new foods that are still in development, such as milk from cell cultures, there are greater uncertainties about the environmental impact” and refers to energy consumption. For example, heating bioreactors requires a lot of electricity, and if it does not come from renewable energies, this affects the energy balance of the food produced.

Franziska Gaupp, visiting scientist at PIK’s Department of Climate Resilience, tells NZZ that the study only highlights the positive effects of cultured meat on health. “It is forgotten that the effects depend on the composition of the final products. Many veggie burgers currently on the market, for example, are high in salt and therefore have negative health effects.”

utopia says: Whether vegan or “optimized omnivore”: the study shows that we need to drastically reduce our consumption of animal products. This not only benefits the environment, but also the animals, whose breeding conditions on factory farms repeatedly cause scandals. Giving up may not be easy at first, but here are some tips. eat less meat Y be a little more vegan.