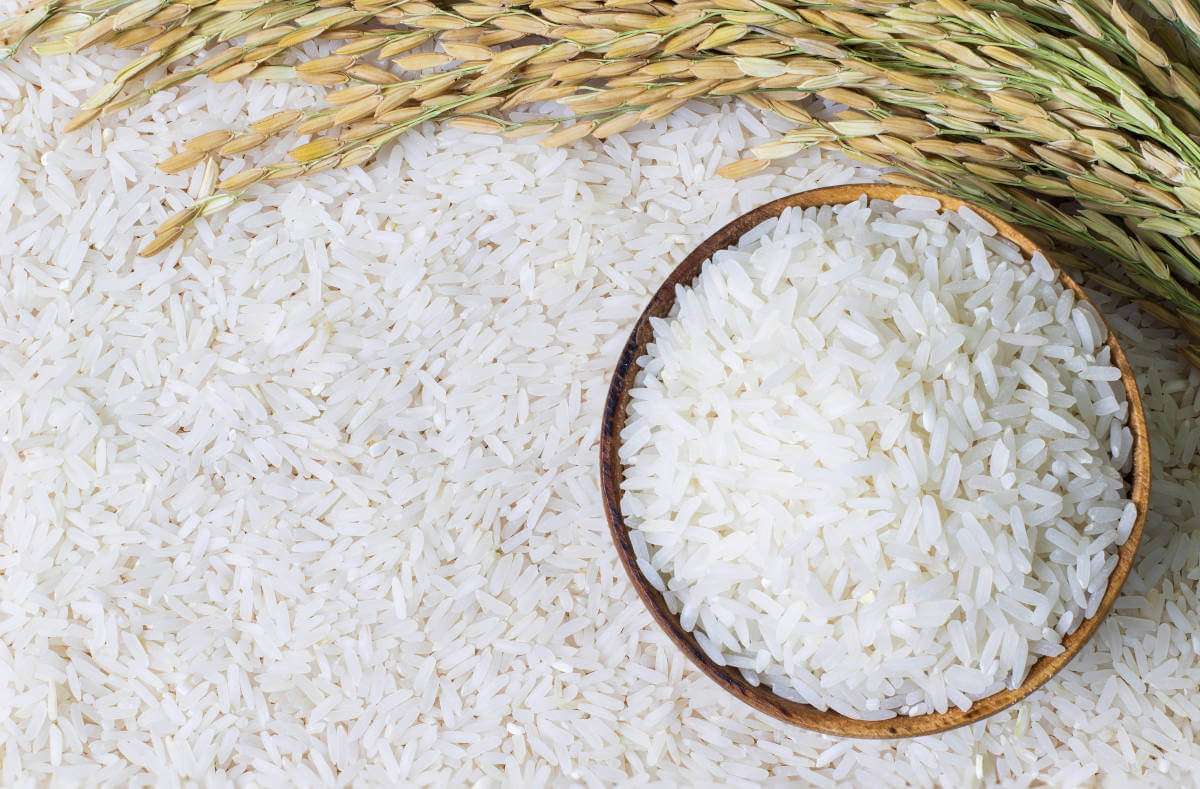 Rice is an important ingredient in many diets, but why? Is rice really that good for weight loss?

Diets are a dime a dozen. This is not surprising, because most Germans are not satisfied with their body weight. According to Statista surveys, every second German has the desire to lose weight. (1,2). A popular side dish in diet recipes is often rice. Cereal grains are considered an ideal source of energy, especially among athletes. But is rice really a better side dish to fill a diet than pasta or potatoes, for example?

In principle, rice is very good for losing weight. In addition to the caloric deficit, a balanced diet is especially important when losing weight. Rice plays an important role in this. In many types of rice, the high energy content that is important for the body is largely made up of complex carbohydrates, which are absorbed much more slowly by the body. On the one hand, this ensures that you stay full for longer, and on the other hand, the resulting weaker blood sugar fluctuations reduce the risk of food cravings. In addition to being low in fat, rice also contains a wide range of nutrients, as well as minerals and trace elements. Therefore, rice is more suitable as a side dish to lose weight than pasta or bread, for example, which have poorer nutritional values ​​and, above all, many empty calories in the form of simple carbohydrates.

If you place a premium on low calorie density when losing weight, you can save a few more calories with potatoes when choosing a side dish. However, rice performs better when it comes to nutrient distribution of minerals and trace elements.

Sri Lankan researchers have in a study (3) studied a simple method to reduce the caloric content of rice. The main focus of the study was the proportion of resistant starch (RS3) in rice, which, unlike normal starch, cannot be broken down by digestive enzymes and can be absorbed by the body as sugar. Resistant starch is considered fiber because it passes through the small intestine and reaches the large intestine undigested, where it has a positive effect on the intestinal flora. (4).

According to the study, adding a tablespoon of coconut oil to a half cup of rice in the cooking water and then chilling the rice for 12 hours can result in a significant calorie reduction, depending on the type of rice. The calorie reduction is made possible by a structural change in the starch molecules, which means that the starch gains strength and is more difficult for the body to absorb.

The effect of so-called retrograde starch was known (RS3) however, by simply chilling it beforehand and it can also be used with other starchy foods like potatoes and pasta. According to the researchers, coconut oil should increase this effect. However, no complementary human or comparative studies have been conducted with other fats so far.

Another way to reduce the calories in rice is to wash it before cooking. In this way, superfluous starch is removed, which is then absorbed by the body in the form of sugar. To do this, put the rice in cold water and drain it. Repeat the process once or twice. An exception is rice, where starch is important as an additional binder for later consistency. This would be the case of risotto or rice pudding, for example.

The rice diet is often mentioned on the Internet in connection with weight loss. Here, as part of a mono-diet, rice should make up the majority of the diet for certain periods of time. The rice diet was originally developed by German-American physician Walter Kempner for the acute treatment of high blood pressure. (5). The main focus was on a low sodium diet. Due to the extreme one-sidedness of the diet and the risk of nutrient deficiencies and the good availability of effective antihypertensive drugs today, the Kempner Rice Diet is considered obsolete and obsolete.

Rice plays an important role in a balanced diet. Complex carbohydrates keep you full longer and reduce the risk of food cravings. The nutrient balance of rice is particularly positive, which outperforms other satiety supplements, especially in the area of ​​minerals and trace elements. Long-grain rice is particularly good for weight loss because it has a lower caloric density than other types of rice. Wash rice before cooking to reduce excess starch and calories. Rice that has been chilled for at least 12 hours has a higher percentage of resistant starches than freshly cooked rice, which also reduces calories. In a balanced diet, vegetables should be the majority (6).