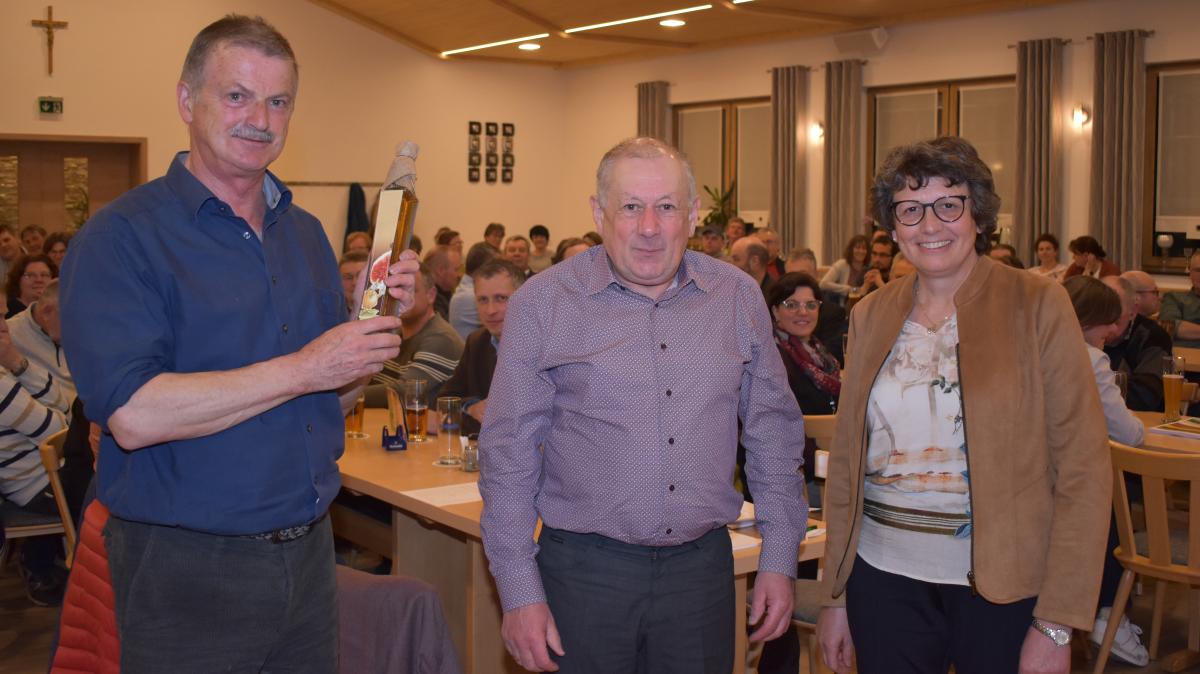 The rewetting of the Donaumoose and the flood polders in Riedensheim dominate the BBV district meeting. A humorous lecture explains the proper diet.

“Today is our last general meeting. We will step down from our positions in the next election,” district chairman Ludwig Bayer and district farmer Regina Plöckl announced at the start of the BBV district association workshop in Baderwirt in Langenmosen. They were pleased that many local leaders and their deputies had taken the time to do so. Bayer and Plöckl agreed that they were happy to be able to see each other again after this difficult time, and a humorous contribution was on the agenda to contribute to the good mood.

Karl Schwanner, Qigong teacher from Bruckberg near Landshut, also understood how to convey a lot of health information with his theme “Qigong in Bavarian”. “Qi-gong means to cultivate oneself, permanently, as long as one lives,” was the translation of the speaker, who studied ancient Chinese medicine with great Chinese masters. This involves five main pillars: diet, exercise, faith, meditation, and lazing around. “Watch your diet. Be your own doctor and turn everything you eat and drink into a healing food,” says Schwanner, who recommends not overdoing anything, because the amount makes the poison. On the other hand, he discouraged dietary supplements, because With a balanced diet, the body takes in everything it needs.”In general, our grandmothers had prepared many healing recipes and knew exactly what was best for us”, explains the speaker, pointing out that in many cases these almost correspond to Chinese principles.

BBV district meeting: Donaumoos and the Riedensheim flood polder are the main topics

“Don’t forget to do something for your health and vitality every day,” Schwanner summed up. “Exercise is fine, but don’t overdo it,” the speaker continued, recommending compensatory movements for both physical work and office work.

In her welcome speech, Agriculture Director Petra Praum of the Ingolstadt-Pfaffenhofen Food, Agriculture and Forestry Office provided current information and drew attention to a series of events on the topic of pesticide reduction. District President Ludwig Bayer reported that the flood polder in Riedensheim was the first on the Danube. According to him, a total of 120 hectares, mainly alluvial forests, but also agricultural areas, will be flooded during the ecological flood. “In total, about 30 hectares of agricultural land is permanently lost due to construction, offset areas and ecological flooding,” he said.

The second big topic of the meeting was the rewetting of the Donaumoos. (we inform). “Farmers are very worried. They fear that their livelihoods are in grave danger,” Bayer said. Due to rising groundwater levels, other agricultural use is inevitable. “Both other cultures and other methods,” he added. Bayer’s demands: The areas they must remain in the hands of farmers, mainly public sector areas must be used and, if necessary, the loss of long-term contribution margins must be compensated.

“In recent months, all face-to-face events have been canceled again and a series of online events have been held instead. In general, however, fewer activities were put together”, was the conclusion of district farmer Regina Plöckl. She hoped that the situation would change and she announced a day trip to the Staudengarten in Freising and a vegetable farm in Eitting, as well as the Landfrauentag, which is expected to take place on July 2.

BBV CEO Erika Meyer’s range of topics eventually extended from red areas to new property taxes and security of supply in the context of the Ukraine war.