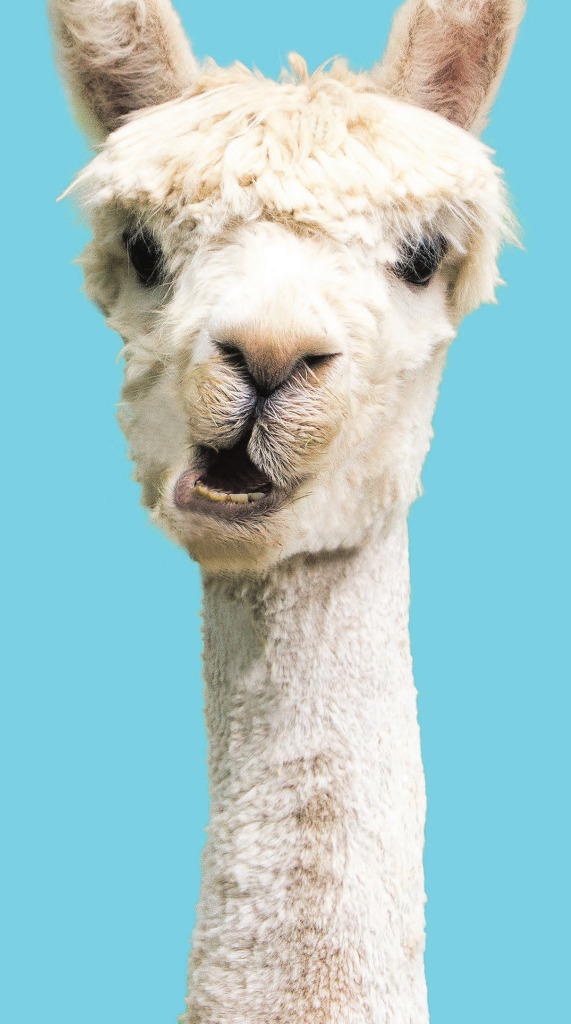 With camel blood nanobodies against cancer, Covid and snake venom/.

A few years ago, an oddity in the blood of camels and sharks caused a stir: particularly small antibodies with promising abilities. Until now, there has been no widespread use in medicine, and the pandemic could now turn the tide.

Nature often knows the best defenses against nature’s health hazards, which modern medicine uses: it successfully relies on one of the main weapons of the immune system, antibodies. They are used to investigate, diagnose and fight diseases. Antibodies, so-called immunoglobulins, are also used in the corona pandemic. They detect Sars-CoV-2 in rapid tests or are administered to high-risk patients.

But antibodies also have little cousins: nanobodies. They are only a tenth the size, have a simpler structure, are extremely robust and can be combined with each other like Lego bricks, properties that could be of great clinical benefit. Because nanobodies also have the central ability of classic antibodies: they unerringly recognize certain structures in order to dock there and deploy their effect.

For example, certain nanobodies attach to the spike protein of Sars-CoV-2 and prevent the virus from entering a cell, studies show. This could slow down the risk of infection, which seems to be confirmed in the first experiments with hamsters: Last year, two independent teams in Science and Nature described that test animals infected with Sars-CoV-2 had less virus in their body. blood after a dose of nanobodies, showed weaker signs of inflammation in the lungs and recovered more quickly than untreated animals.

The highlight of the studies: The nanobodies are so stable that they were sprayed into the noses of hamsters: “That would be a godsend: a preparation like a nasal spray that does not require medical contact or syringes,” says Ulrich Rothbauer of the University of Tbingen. The antibodies used to date must be administered in an infusion over several hours, which makes their use difficult.

Compared to conventional antibodies, nanobodies also score points when it comes to storage, as they are insensitive to heat and do not need refrigeration. They can also be produced quickly and cheaply in bacteria or yeast.

The advantages are not new, they were recognized shortly after the surprising discovery of mini-antibodies some 30 years ago. At that time, a research group from the University of Brussels unexpectedly detected the new class of antibodies in the blood of camels. Conventional antibodies have proven so good in the course of evolution that all vertebrates use similar types to defend themselves against pathogens: they consist of two long (heavy) and two short (light) protein chains and resemble an upsilon.

Camels also have these typical antibodies, but they also have simpler ones, which consist only of heavy protein chains and are therefore called “heavy chain only” antibodies. They occur in all members of the camel family, including llamas and alpacas, and were later discovered in a similar way in sharks.

“The smaller antibodies arose differently in the two groups of animals,” says Helen Dooley of the University of Maryland, who studies the evolution of the immune system. It is not known exactly what function these additional antibodies have, or whether they are specialized for certain pathogens. “Such variations appear from time to time in the course of evolution and are usually lost,” says Dooley. “However, on rare occasions when animals have an advantage, or at least no disadvantage, they integrate into the animal’s immune response.” A key advantage may be the small size of heavy-chain-only antibodies: they could penetrate deeper into tissue and bind to sites that ordinary antibodies could not reach due to their size.

To obtain the mini-antibodies, llamas or alpacas, and more rarely sharks, are immunized with an antigen, such as the spike protein. After some time, a blood sample is taken, from which the cells that produce the mini-antibodies are isolated. Scientists use special detection methods to detect antibody sequences that bind particularly well to antigens, such as the spike protein or sections of it. For most medical and research applications, scientists trim down the heavy-chain antibodies even further, leaving only the antigen-binding tip: the nanobodies.

In Germany, several research groups are working with these antibody fragments: Rothbauer from the University of Tbingen, for example, and his team have developed a test that can be used to quantify the amount of neutralizing antibodies against Sars-CoV-2 after of an infection. or a vaccination: stronger binding nanobodies displace neutralizing antibodies from the spike binding site so that their concentration can be determined.

And researchers led by Dirk Grlich from the University of Göttingen, together with scientists from the Max Planck Institute for Biophysical Chemistry, have developed several combinations of nanobodies that block Sars-CoV-2 in cell cultures: “They are highly effective against all variants of the virus,” says Grizzled.

Why are there so few antibody drugs?

As promising as it sounds, one look at reality dims hopes for nanobody medicine. Until now, almost no mini-antibodies have reached actual use as drugs. An exception is the preparation Caplacizum, which was approved in 2018 first in the EU and then in the US, which treats a rare blood clotting disorder. Certainly a milestone, but why so far there is only one medium?

Rothbauer has a legal explanation: the slowdown in development “is also related to a restrictive patent from the University of Brussels”, says the Tbingen researcher. The field got a boost when that patent expired in 2013.

Nanobodies are also in competition with conventional antibodies, which are currently among the best-selling drugs and are the subject of intense research: 82 monoclonal antibodies are currently approved as drugs in the EU, i.e. antibodies that can specifically bind to a target structure . More than 650 are in clinical research. Antibody-based drugs prevent migraines, relieve severe asthma, and are used to treat various types of cancer. Monoclonal antibodies are also said to help against Covid-19. “The development of such drugs costs the pharmaceutical industry at least hundreds of millions. It is easier to get approval for monoclonal antibodies for which the manufacturing process is already established,” says Grlich. “The risks can be better calculated for the authorities than for nanobodies, which have hardly been used so far.”

In addition, nanobodies also have a disadvantage: “They are so small that they are rapidly eliminated from the body,” says Markus Seeger of the University of Zurich. So they don’t have much time to take effect. Therefore, to extend their therapeutic lifespan, they are extended depending on the application, for example, scientists connect them with each other.

The Future of the Immune Nano Weapon

There are currently far fewer nanobodies in clinical development than monoclonal antibodies. Some are being tested for the treatment of cancer, rheumatoid arthritis and pulmonary fibrosis, others as drug taxis to overcome the blood-brain barrier, which is still difficult to cross today. Ideas and research projects are not lacking. The nanobodies could neutralize bacterial toxins that circulate in the blood during sepsis or serve as an antidote to snake bites. To date, antisera containing antibodies obtained from horse blood have been used primarily against snake venoms. However, the treatment can cause serious side effects. Nanobodies could be an alternative here: They would be “ideally suitable as an antidote because they are so small that they are rapidly excreted from the kidneys. Even if a toxin attaches to them,” says Grlich. Seeger’s team, on the other hand, is trying to use nanobodies as antibiotics.

Nanobodies are already established in basic research: “They can be produced more quickly and the whole handling is easier,” says Seeger, who and his team also produce them artificially, that is, not from animals. Another great advantage is its use in the cell. Together with a fluorescent protein, the nanobodies can bind to individual structures in living cells and make them visible. In this way, the pathway of the proteins in the cell can be traced in real time. “Nanobodies are extraordinarily useful tools that will replace or replace classical antibodies in many areas,” Seeger is convinced.