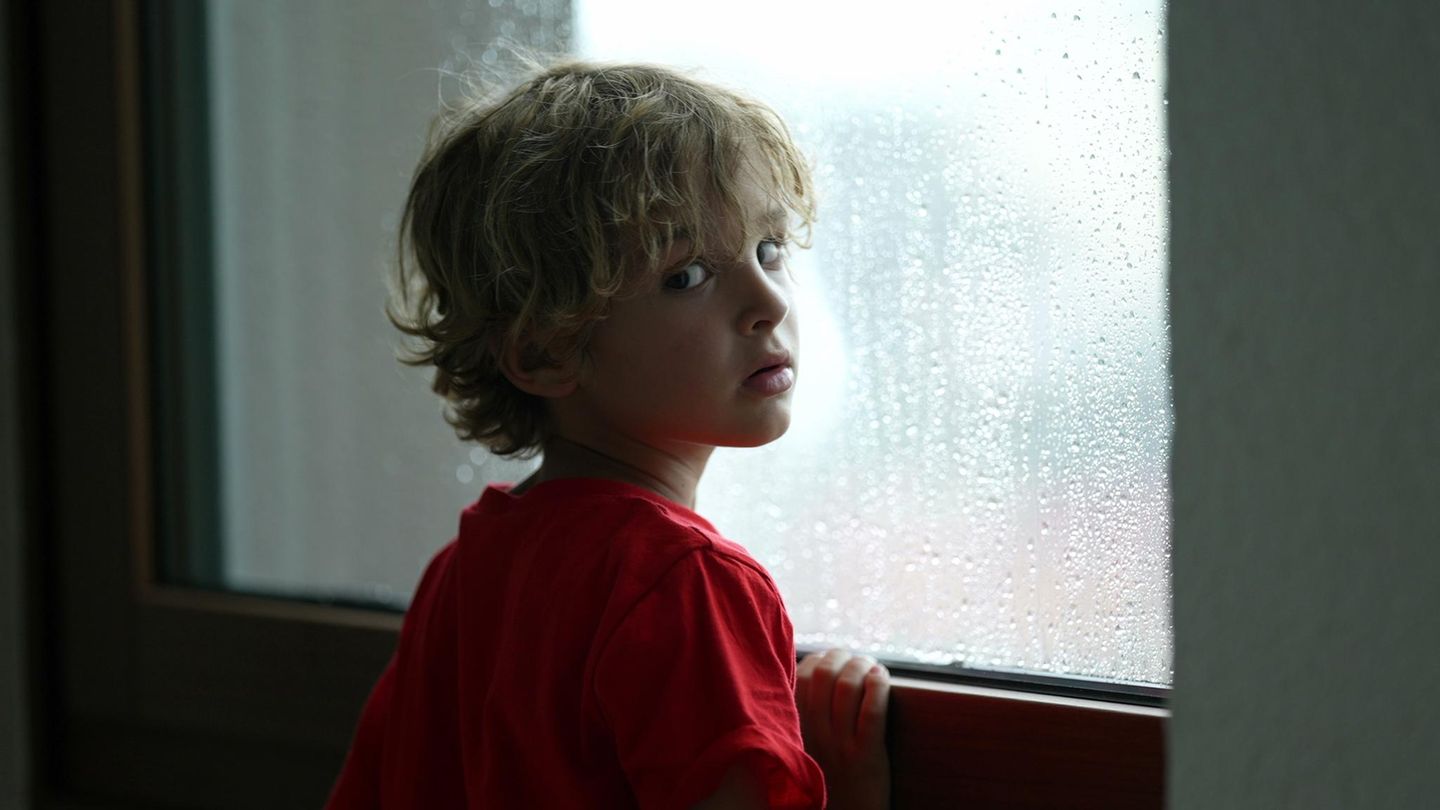 Anxiety, lack of concentration, depression: Everywhere you look, children seem to have more mental problems than ever before. Corona has promoted this trend. But is that really true, or have we just become more sensitive? And what helps us and our children to get out of this?

There are five to six children with a diagnosis in each school class and in each nursery group. AD(H)D, learning disabilities, depression, fears, compulsions, and tics now seem to be as widespread as protruding teeth or freckles. A discovery that has two faces: On the one hand, it can make life easier for those affected when a problem finally has a name. – for example, if the child receives compensation for disadvantage in school as a result of the diagnosis. On the other hand, it is also scary, especially for parents: Will my son have it harder and harder now forever? It is felt that the problem is affecting more and more families. It wasn’t always like this, was it?

In fact it wasn’t. According to a study by the Robert Koch Institute for Child and Adolescent Health in Germany (KiGGS) in 2003, every fifth child between the ages of zero and 17 had mental problems or learning disabilities, even before Corona, and every fourth school boy between them. “Especially depression, anxiety and concentration disorders have been on the rise for several years”according to Berlin child and adolescent psychiatrist Dr. Michael Elper.

But why is that?

One important reason: we take a closer look. Children enter care at a younger age, where they are compared more and their progress is recorded in discussions of learning and development. The threshold for the child to be examined by specialists in case of abnormalities has also been lowered.

But our competitive society also makes us sick.

“Parents who spend a lot of time with their child and therefore work less are often punished at work. If, on the other hand, they wear themselves out at work, there is often no time for the child. Especially in childhood, it can then it becomes more difficult to establish a secure emotional bond, which sometimes leads to psychological problems. Our society presents parents with a big dilemma,” criticizes child and adolescent psychiatrist Dr. Helmut Bonney, who practices in Heidelberg and Switzerland. Today, even with the smallest, only performance counts. Much more important, however, is that children can do something for themselves, without being constantly measured or evaluated: “In school today, that only happens in physical education, art or music classes.” Exactly the subjects in which the hours are reduced.” His colleague, Dr. Michael Elpers, also notes that teachers are increasingly moving educational issues to medicine. Because without a medical diagnosis there is no support. Parents to They are often almost disappointed when he teaches them what to say: their child has no disorder at all, he is quite normal.

But what does that really mean: normal?

Since the 1970s, research on temperament has changed, the tolerance threshold for deviations from the norm and for being different has fallen: today, a Michel von Lönneberga or a Pippi Longstocking would be more psychiatric cases than happy role models. follow, continue. Helmut Bonney advocates raising children according to their type: “It is no use trying to turn a child who uses a lot of energy into a calm representative, or vice versa. In our delusion of support, we believe that we can compensate for these differences. But we need all kind of people”. Michael Elpers has also observed increased insecurity among parents: “More and more people lack confidence in themselves and their parenting skills. They want to do everything right, and sometimes they go too far.”

And digital media is also to blame:

“Our concentration drops significantly due to the constant use of smartphones and the like,” says Elpers. The average duration of use among young people today is up to eight hours a day, including school work. A maximum of two or three hours would be recommended.” If the child is not doing well, or has problems at school or with other children, many parents will end up wondering:

Should we do something besides comfort, encourage, be there?

Is that already depression, or is it still corona blues? In any case, the boundaries between health and a disorder that requires treatment are fluid. And therapy can also hurt if a child has the impression: as I am, I’m bad. So Grandma is not entirely wrong when she says: It will grow up. In fact, for example, some AD(H)S children no longer have any difficulties when they start puberty, even if the reasons for this have not yet been fully investigated.

On the other hand, waiting too long can of course also be detrimental. Michael Elpers therefore gives simple advice: “As soon as a child suffers, parents should consult an expert.” And think of ways to help. “It often reassures parents and children when I can show them new ways to get through the crisis. And children are resilient. They find their own way to deal with problems if you trust them,” says Elpers. What parents can always do: convey confidence and security. Together we can do it: this message helps in every crisis, regardless of whether you join a professional or not.

Around 4,000 families visit the practice of the Berlin child and adolescent psychiatrist Dr. Michael Elper. His experience of more than 25 years – including at the Berlin Charité – flowed into his book “When the soul of children strikes” (Beltz, 20 euros), which was published in September. The subheading “Why More and More Children Are Mentally Ill and How We Can Protect Them” says it all.

The specialist doctor in paediatrics, child and adolescent psychiatry, psychotherapy, psychotherapeutic medicine and psychosomatic medicine practices in Heidelberg and Switzerland. He can look back on around 40 years of experience, also in the field of higher education. His new book “Children’s Raw Material” (Carl-Auer, 19.95 euros) exposes with many practical examples the situation of the youngest in our society between freedom and (too much) control.

Diagnosis: now what? Mothers tell how it went with daughter and son

“Alma received her first diagnosis when she was three years old: the pediatrician diagnosed her with a developmental language disorder. Alma went to the speech therapist and at the same time to the occupational therapist. Otherwise, we registered the problem in ‘Everything will be fine’. But the the lowest point was yet to come: a new preschool teacher wanted to push them directly into a special language support primary school. Instead of waiting for the first day of school, she started a diagnostic marathon for Alma. And because whoever seeks will find it , a Auditory perception disorder, dyslexia and ADD were added, otherwise being Alma but above all a socially gifted, cheerful and creative girl, they told us, well, thank you.

Since Alma did well on the IQ test, the school psychologist advised us to go to a “normal” elementary school. From now on, Alma and my husband, who mainly studied with her, had problems during the first year. But at the beginning of the second grade, the teacher told us that only a classmate could do it. I found that exaggerated, I was personally offended: “Why my smart girl of all people?” Then I got sad: “Would the other children laugh at you?” But my mother told me: “Be glad that she receives this support. Nothing better can happen to you!” I managed to change my perspective and what can I say: Alma’s schoolmate became her greatest happiness. Thanks to her, she made it to high school. But most importantly, it also made Alma feel like a great person who could overcome problems. And that continues to this day.”

Anna, 44, lives in Munich and has two daughters.

“Right at the beginning of first grade, the teacher complained that my son was not concentrating and was not learning to read and write properly. She sat him alone at a table against the wall, isolated from all the other children. When he read aloud , she unkindly corrected him. One boy noticed the awkward dynamic and started bullying Jürgen: ‘You’re stupid!’ The supporters rallied. A child psychiatrist diagnosed dyslexia, but the new third-grade teacher doubted the diagnosis. So there was no support again. Jürgen remained an outsider, his grades were bad, he panicked at school. As a mother, cries when your son is suffering and there is nothing you can do. When not even the teacher gives you support. And many times he pushed me to the limit to support him with his studies. But then, with a new classroom teacher in the fifth grade, everything changed, and our son’s joy returned. The teacher, a young teacher, focuses on Jürgen’s strengths, praises him for his athleticism and also for reading. The climate between the children, grades and mood Jürgen’s are getting a lot better. Yes, that’s how it can be when parents and teachers come together and don’t work against each other.”

Roswitha, 40, lives in Berlin and has two children.