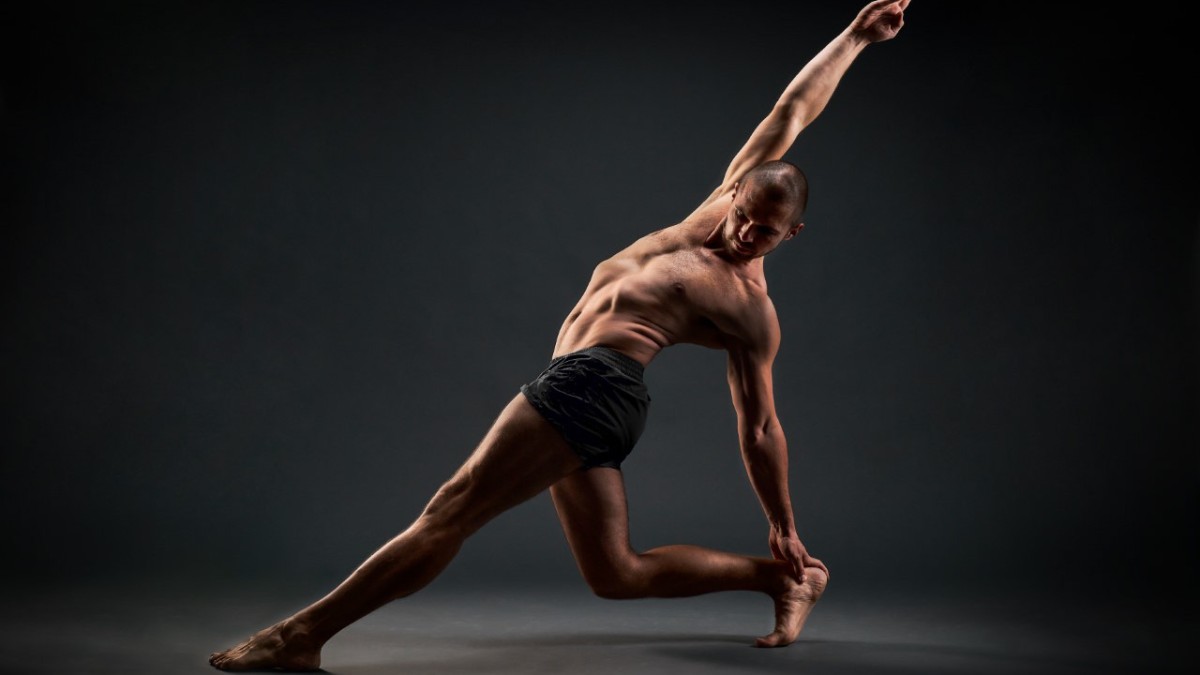 It would be an interesting experiment if one of the earliest yogis of the Vedic era in India traveled back in time to the modern western world. Someone as we commonly imagined him 2500 years ago, with a long mustache and nothing on his body but a loincloth, what would he think if he suddenly stood in the “World of Yoga”? This has been a colorful and lively market for flexibility for several years. The old yogi, who possibly sought enlightenment in silence and abstinence in a cave at the source of the Ganges, might be surprised at what the masses of his followers need here to cleanse their body, mind and soul: breathable leggings and tops and functional (from fashion brands, of course), wooden seesaws and other equipment to intensify the physical experience, gemstones and oils charged with the right energy, massages and other wellness offerings, trips to all the yoga hotspots in the earth, tons of Stuff Advice literature on fascia, mindfulness, and vegan nutrition. Around 70 stands offer all of this at the two-day trade fair at the MTC in Munich (the new location instead of the MOC).

Because yoga, recognized as Intangible Heritage of Humanity by UNESCO since 2016, is big business today. And teaching yoga is a profession, not for a few gurus, but for thousands of people who completely change their career in Germany. As a rule, they dominate the dog, looking up or down, with a raised or firmly rooted paw, but often not the cosmic laws of finance. A workshop by Zrinka K. Fidermuc Maler and Julia Roffé should get you in shape for this: “Do you earn what you’re worth? Business coaching for untrained yoga teachers.” New teachers come to yoga from all directions and are constantly acquiring additional qualifications. For example, Sinah Diepold from the trendy Munich studio “Kale & Cake”, sports scientist, dance teacher, “Ballet Barre Guide”, author and podcast host, who, together with Sophia Thora, yoga teacher and mental trainer, organized the trial lesson “It’s All About Balance” and the “Special Workshop” called “Soul Flow”.

But you should know: Most of the courses of the practical fair in the two halls “Ganesha” and “Vishnu”, lectures and yoga for children (“Rainbow Journey”) are included in the day ticket for 15 euros, the “Specials” cost 18 euros extra. Experience has shown that they are worth it, because luminaries in their field come, such as Ranja Weiß (Yin Yoga Master Class), Gabriela Bozic (“The Goddess in You”), Christine May (“Body Prayer”), Kunal Joseph ( “The power of Mudra”) or Sascha Peschke. The Munich naturopath and yoga teacher for professional athletes wants to give an “anatomically accurate look at the topics of body care, exercise, relaxation, sleep, nutrition and positive thinking” in the course “Health and Strength” .

The free program is also as diverse as the legs in Upavishta konasana, the “open angle pose” (straight leg). Renate Heiss, yoga therapist, psychologist and alternative practitioner, for example, brings together “yoga and psychotherapy” at a conference and presents a lesson on “first aid yoga exercises” against anxiety attacks. Or Martina Hiltl, nurse and pedagogical trainer, gives a test session of “eye yoga” for better vision and promises: “Life without glasses is possible!” This shows a big difference from before: with our old rishi (orphans), yoga was self-sufficient, it was about being oneself. Today, yoga often has a purpose, to make you slimmer, more aware, more relaxed, healthier, and more successful. Juliane Diefenbach, for example, is a fashion designer (“Vervola X twists & turn”) and has been developing products for influencers and performing artists for ten years. In the “Conscious Creativity” workshop at Yoga-World, she wants to show how you can let the feeling of “flow” from asana practice flow into your own creative power.

But personal effort doesn’t have to be selfish if it ultimately serves the common good. For example, nothing less than “save the world”, which is also on the agenda of “Yoga World 2022”. He cooperates with the World Wide Fund for Nature. For example, there is a class called “Yoga for Biodiversity” developed by WWF: “By directing our attention to the animals with which we practice yoga postures, we discover our connection with them. We consciously internalize their characteristics such as strength, wisdom, courage and opening”. If you feel as calm as a cow in Gomukhasana (“cow face”), you may eat less meat. This year, Yoga World is combined with the “Vegan World” trade show and is entirely dedicated to animal-friendly nutrition. The old ascetic who followed the commandment of “Ahimsa” (Sanskrit, “do no harm”) should also have no objection to this.

What the hermit, who was probably just stretching his tired bones between his meditation sessions, should note is the current orientation of the practice towards gymnastics (asana). Of course, everyone still aspires to be one with everything (yoga means “connect”), but first your own body wants to stretch, ventilate and exhaust itself in hours of scene stars like Patrick Broome, Amiena Zylla or Jodie Robert. It’s often “head, heart and music” when Franzi Wagner and Marlen Cremer dance on the carpet together with singer-songwriter Miriam Alisa to “feel a lot of good vibes.” Or when the crowd practices with Tanja Seehofer (“consciousness researcher, qualified mental trainer and human energy specialist”) to live music by Yann Kuhlmann, who plays her bowls, gongs and sitar in the “tone mood of healing earth of 432 Hertz”. Everyone is finally (gathered) again with great joy in a large crowd, who for two years of Corona have been isolated in their private caves instead of being connected to the yoga universe via long-distance internet line.