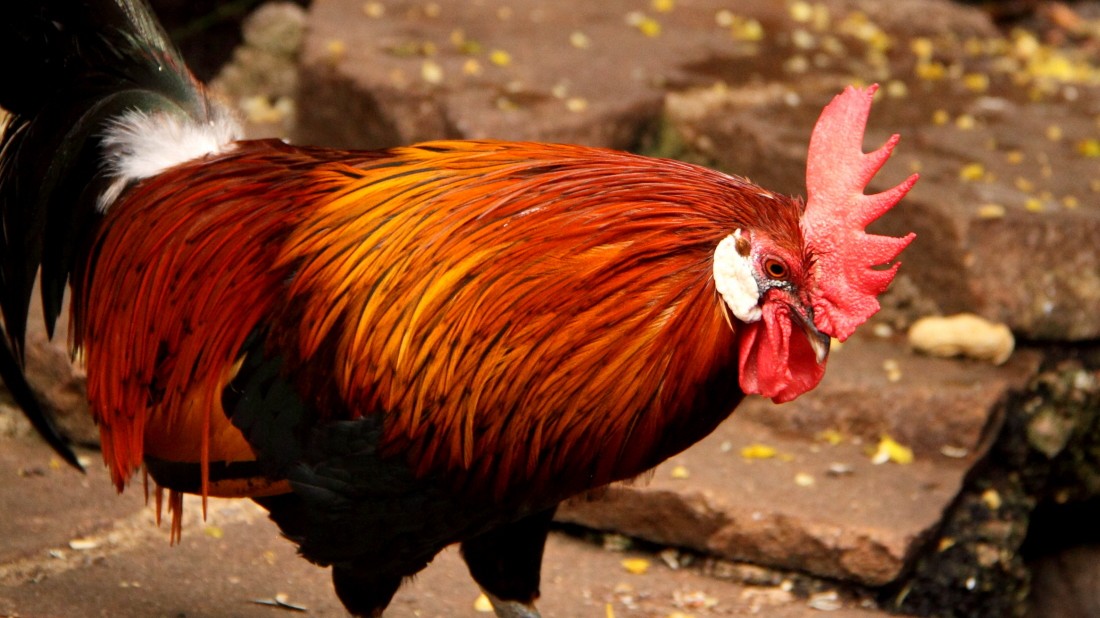 In fact, it is a memorable and mysterious case that came to light just before Easter. At least one fact is beyond doubt, says the State Office for the Preservation of Monuments. Consequently, the oldest known chicken egg north of the Alps was not colored. However, the question of whether it was cooked can no longer be answered. In any case, the egg in question was found in Nördlingen, where the shells ended up in the garbage among burnt grain and animal bones in the 4th century BC. Scientists from the Bavarian State Office for Monument Preservation have now been able to prove this with the help of their English colleagues from the University of York.

Together they examined millimeter-sized chips from a late Iron Age midden pit. The placement in the middle of the leftovers probably suggests that the chicken egg was actually used for consumption at the time. This is the first direct evidence of human consumption of eggs north of the Alps.

“This, at first glance, inconspicuous find is evidence of a small turning point in terms of human eating habits,” Conservator General Mathias Pfeil, head of the Bavarian State Office for Monument Conservation, said of the sensational find and continued. : “Said with a wink: What happened back then started, then led to the Easter egg.”

The chicken as a status symbol

According to the current state of the research, people in Central Europe kept chickens more as pets than as farm animals. The fact that roosters were considered a status symbol in the Iron Age, which began around 800 B.C. C., is shown in the representations on the coins of that time. Today’s domestic chicken originally descends from the Bankiva chicken of Southeast Asia, which is still farmed.

Isolated bones of such animals have been found in Europe since the Iron Age. It is not until the third century a. C. that people seem to have kept chickens for the purpose of laying eggs. The animal bones that archaeologists regularly find during excavations also provide information on this.

Thereafter there were more chicken bones than rooster bones, for example in the Manching oppidum near Ingolstadt. According to scientists, this points to a specific use of chickens for egg production.

Archaeologists came across the historic garbage pit at Nördlingen during an excavation in 2020. The sediment recovered from this was passed through fine sieves so that the macro-remains could later be examined under the microscope. Pieces of the shell also came to light.

The fact that the detection of the shell of a chicken egg was possible is due to the now extremely refined research methods. The researchers benefited from “the favorable combination of good preservation conditions, meticulous analysis of the smallest finds in the sifted sediment, and new technology,” says Johann Friedrich Tolksdorf, archaeologist in charge of the State Office for Monument Conservation.

The bird species belonging to the egg remains was determined at the University of York by mass spectrometry of protein molecules. The method enables reliable analysis of even the smallest fragments and animal remains, such as eggshells from Nördlingen. With the help of the C14 method, in which the ratio of the carbon isotope is measured, the ancient food waste was dated to the 4th century BC.

Lime eggs for the winter.

From then on, at the latest, the egg played a prominent role in customs and diet. Already in ancient times it was considered a primordial symbol and the most visible bearer of life, but also as a magical remedy and as an offering. Above all, eggs were a precious commodity, even on farms, and this was the case until a few decades ago.

As the hens did not lay in winter, from September the farmers’ wives collected some of the newly laid eggs in clay jars filled with lime water. In this way, these so-called lime eggs at least did not rot. However, they lost the taste, so the first Easter eggs were a source of joy that can no longer be imagined today, when eggs are a commodity.

Red color plays a special role in Easter eggs. Practitioners of traditions emphasize the love symbolism of red eggs, around which many tragedies are entwined. Author Wugg Retzer referred to this fact in the story “In die Rote Oar”.

In Retzer’s story, the postman Margot also wanted to fulfill the custom of giving red eggs at Easter. Unfortunately, she insulted an honest suitor by handing him four eggs, unaware that an even number of eggs means an invitation to intercourse.