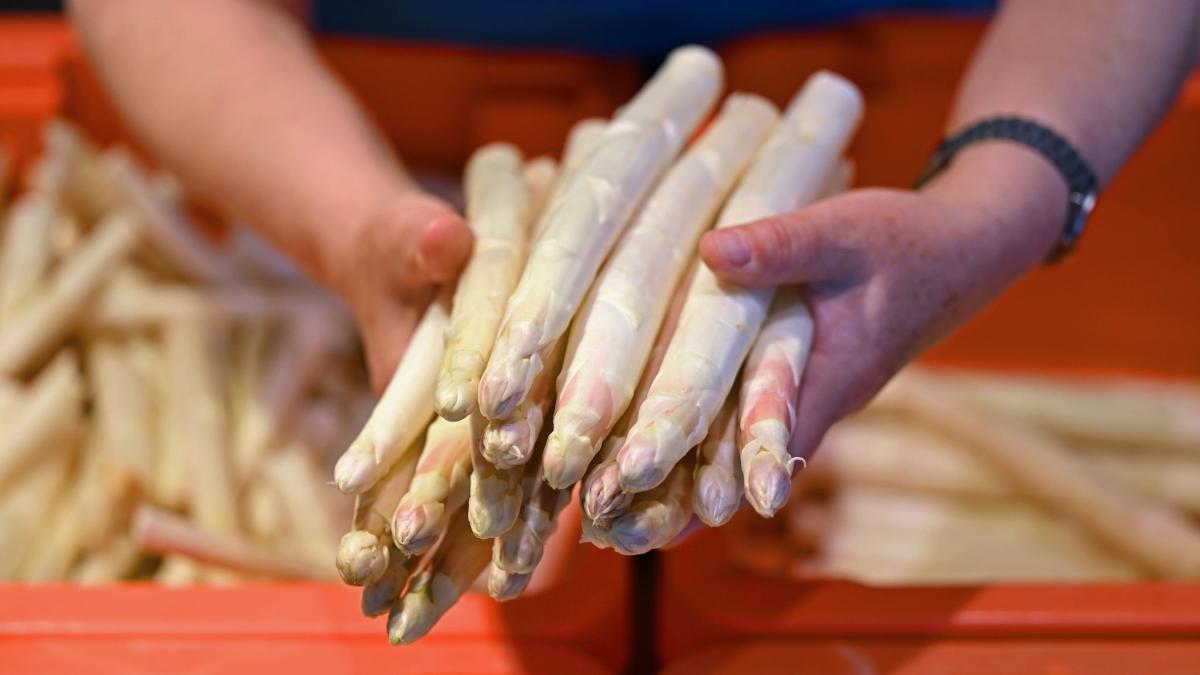 “Royal vegetables”, “white gold”, “edible ivory” – people like to pay tribute to asparagus, but criticism of the hype surrounding the so-called noble vegetable has also become a tradition.

White asparagus is then denigrated as a piece of wood or stringy nonsense from the earth, which only tastes good with the inevitable hollandaise sauce – “Schlotze”, as “heute show” satirical figure Gernot Hassknecht calls it. The fact is that millions of people love asparagus and look forward to it every year. But in Germany’s asparagus republic, many shake their heads at the ill-shown love for him.

Around a third of adults think that too much attention is paid to white asparagus in this country, according to a YouGov survey commissioned by the German Press Agency. Asparagus is a hype in the media, say 32 percent. Nearly half (47 percent), on the other hand, find it “good as is.” The remainder did not respond or respondents (6 percent) wanted asparagus more attention. Finding: White asparagus is a very important vegetable for the German mind.

The asparagus season in Germany starts in March/April and lasts, at least traditionally, until Midsummer’s Day in June (June 24). Vegetables are often marketed regionally: in Baden-Württemberg, for example, Schwetzinger asparagus is popular, in Berlin and Brandenburg it is Beelitzer, in bavaria Schrobenhausener, Munsterlander in North Rhine-Westphalia.

According to the Federal Office for Food and Agriculture (BLE), the per capita consumption in Germany was mostly around 1.7 kilograms. 25 years ago it was around 1.3 kilos.

Due to its high water content, asparagus is low in calories, but at the same time rich in vitamins and minerals. For many, urine smells remarkably strong after consuming asparagus. This is due to the breakdown of aspartic acid, a sulfur-containing aromatic substance in asparagus.

Already in ancient times, the Greek physician and teacher Hippocrates described the plant as a diuretic remedy. Ayurvedic and traditional Chinese medicine also attribute positive powers to asparagus. The Romans made asparagus a delicacy and a cultivated plant about 2,000 years ago.

Even if today a lot of asparagus comes from Greece, Spain, Poland, the Netherlands or even Peru and China: the local asparagus, which is almost always aluminum asparagus, is particularly popular. Giant sheets transform the fields into plastic deserts for months. Environmentalists complain about the garbage and that those fields sealed as habitat for birds and bees are no longer available. In addition, the harsh working conditions of cheap wage earners in the fields are always a problem and spoil some of the enjoyment.

2020 was a record year for asparagus, says a spokeswoman for the South German Asparagus Growers Association in Bruchsal. It was a bit more difficult in 2021, but nothing due to Corona. “Spring 2021 was quite grey, cold and wet. There were few asparagus at the beginning of the season and therefore prices were quite high. It wasn’t until late May or early June that temperatures and therefore Therefore, the harvest volumes increased”.

In 2022, growers “assume a good year of demand”, since the weather is good and the restaurant reopens normally. “People have to catch up. The current conditions, aside from inflation, are good for asparagus consumption.”

The only thing that can really spoil asparagus season for hobbyists is woody asparagus. Only 3 percent still find it “delicious”, 8 percent “edible”, 12 percent were indifferent. Woody asparagus is considered “not tasty” by 44 percent and “disgusting” by 33 percent.