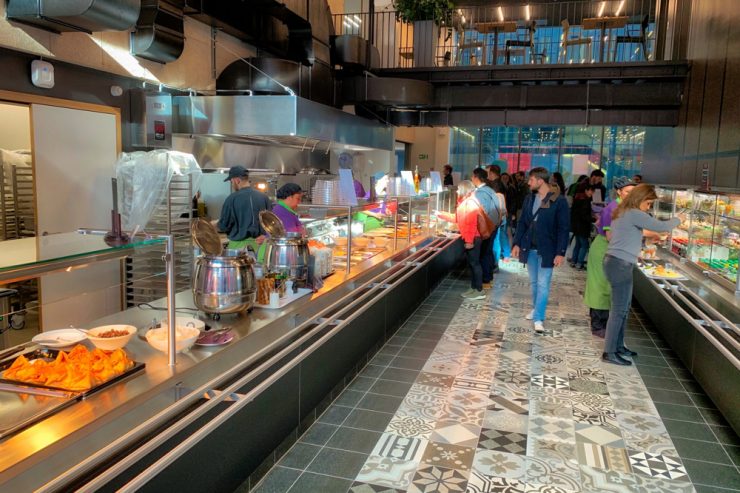 The youth mobilized. It is about feeding in schools, educational institutions and universities. Restopolis, a monopolist in the supply of 45,000 meals a day, is going to be reformed. The parent organization of “Move”, the “Mouvement écologique” and the “Lëtzebuerger Landjugend a Jongbaueren” have recently jointly criticized the bill. “Move” represents those involved, the students. The criticisms range from empty promises made by politicians to inconsistencies in the implementation of political programs and general criticism of the system.

The bill for the transformation of Restopolis into an administration, which has not yet been approved, the latest “Food4Future” strategy of the Ministry of Education and the long school meal have called young people to action. Now is the right time for them to intervene. The future does not only belong to them, but they are the largest target group in Restopolis. “Students want to have their say,” says Tanja Duprez (27).

The political scientist is one of the two coordinators of “Move”, the youth organization of the “Mouvement écologique”, which addresses the concerns of young adults, but also of schoolchildren. “There is still a lot of room for improvement when it comes to sustainability when it comes to food in canteens and cafeterias,” he says. Testimonials from former students confirm statements like these.

Olga Roster (20), an activist for “Move” and “Youth for Climate”, obtained her high school diploma at the Lycée Ermesinde in Mersch last year. The school organizes lunches for around 600 students and is not a client of Restopolis. At the suggestion of the students, there has been an interdisciplinary “Committee” for food for a few years. The students, who buy the food, are also sitting on it. “Before, there was no vegan food at all,” says Roster. “Since the committee was created, I have been able to eat vegan every day. They really listened to our requests.”

There is none of this in the bill, the “Projet de loi” No. 7792, for the reform of Restopolis. A “Comité d’accompagnement” will advise the provider Restopolis, which as a state administration will be subordinate to the Ministry of Education in the future. This function is related to a balanced diet, the use of regional, organic and seasonal products and the avoidance of food waste. It sounds good, but it has many drawbacks.

According to the draft, the “Committee” is composed exclusively of representatives of the ministries. Meanwhile, with 45,000 meals a day, the “tip” plays a big role. The students are not among them, nor are the representatives of the school administrations who are the buyers of Restopolis products. In stark contrast to the current coalition government program, there is also the fact that the producers of food products, the farmers, are not mentioned anywhere in the bill.

The coalition program expressly provides for the conversion of agriculture in the state to 20 percent organic farming by 2025. According to the Ministry of Agriculture, it is currently 5.18 percent. “If farmers have guaranteed buyers for their products, they are even more open to orienting agriculture towards sustainability goals and also towards a conversion to organic,” says Blanche Weber, president of the “Mouvement écologique”. With the amount of food, Restopolis could logically be an accelerator for the government’s goal of “more organic and more regional”.

“This reform would be an ideal opportunity for the State to accompany the transformation of agriculture”, confirms Blanche Weber. Apart from the fact that in the organic action plan prepared by the Ministry of Agriculture, nutrition goals were agreed in community kitchens, such as those provided by Restopolis. State-subsidized canteens, in particular, should be pioneers in using 50 percent of the products used in the kitchen from local farmers.

According to the action plan, 40 percent of this should come from Luxembourg organic farming and 60 percent from regional farms. According to the organic action plan, farms that are in the process of making the change should be preferred as suppliers. It dates from 2021, the same year as the Restopolis reform bill. According to the bill, the future state provider is tasked with “ensuring high-quality and sustainable nutrition while ensuring a feeling of satiety and enjoyment of eating.”

But since nothing is said about the origin or quality of the processed products, it seems absurd. Wordings like these raise questions about how serious the government is about “organic,” regional, climate protection, or “enjoying food.” In October 2021, the Ministry of Education will publish the “Food4Future” strategy, which sees itself as a new concept for catering in schools and universities, as the subtitle says.

It expressly sets the following specifications for future sourcing policy as “residual goals” for community kitchens: implementation of the national organic action plan, a new range of meals, short-cycle purchasing, avoiding waste, or raising awareness of sustainable nutrition. Vegan or vegetarian is also not mentioned anywhere in the bill. The document is also not legally binding in any way.

The “Move” coordinators rightly wonder how the goals of organic farming or “Food4Future” will be implemented if the bill is passed in its current form and these goals are not legally anchored. Then they are left to the benevolence of an administration. It is up to the legislator to formulate a clear mandate for the administrations, which must be respected.

Statements on the bill from the “Chambre des salariés” and the “Chambre des fonctionnaires et employeeés publics” are available, in which the former consumers of school canteens will then sit. They have not raised any objections to the bill. Move activists, on the other hand, agree that groceries and food are “super important.”

“This is an area where decisions are made for the future,” says Move coordinator Duprez. “We want to make noise for that.” More will not be revealed yet, but something else is coming. The youth organization protest is also an indicator of obsolete centralized thinking in politics and rigid hierarchies in the minds of those formulating such reforms. The change is different. 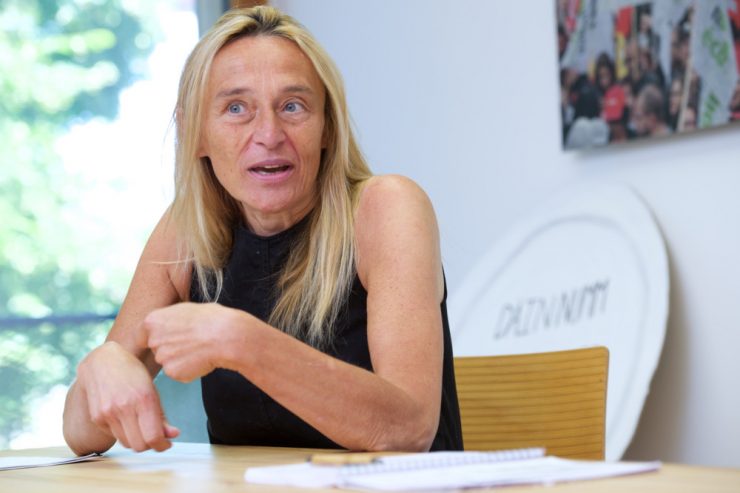 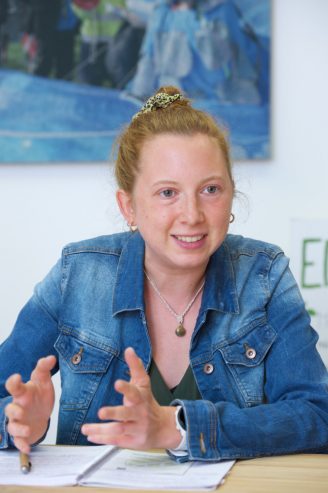 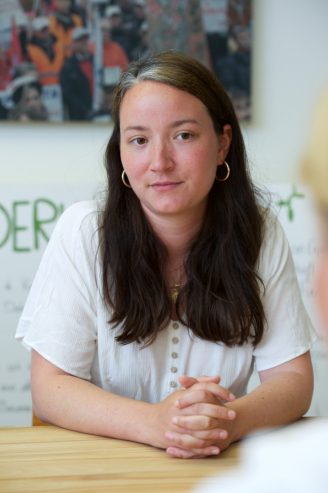 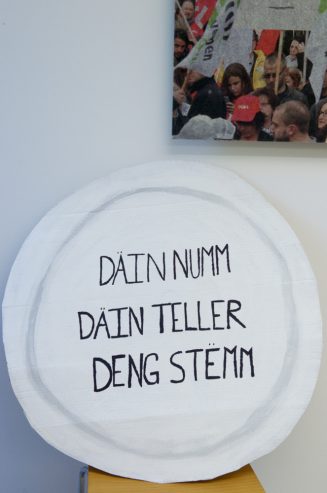 In a Nutshell: Planned Public Protest 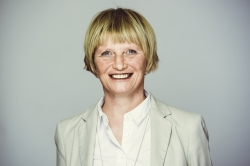 Wiebke Trapp (wie) At a blues concert in the garage in Saarbrücken, he created his first article on beer coasters. After graduating in 1995, that was my entry into journalism; Master’s in Political Science and History; then correspondence for Saarbrücker Zeitung, Rheinpfalz, dpa, publisher at Welt Kompakt (Axel-Springer-Verlag). Wiebke has been with Tagesblatt since 2007 and after positions in business and culture in the local area. Environment, social issues and stories about “Land a Leit” are close to his heart.