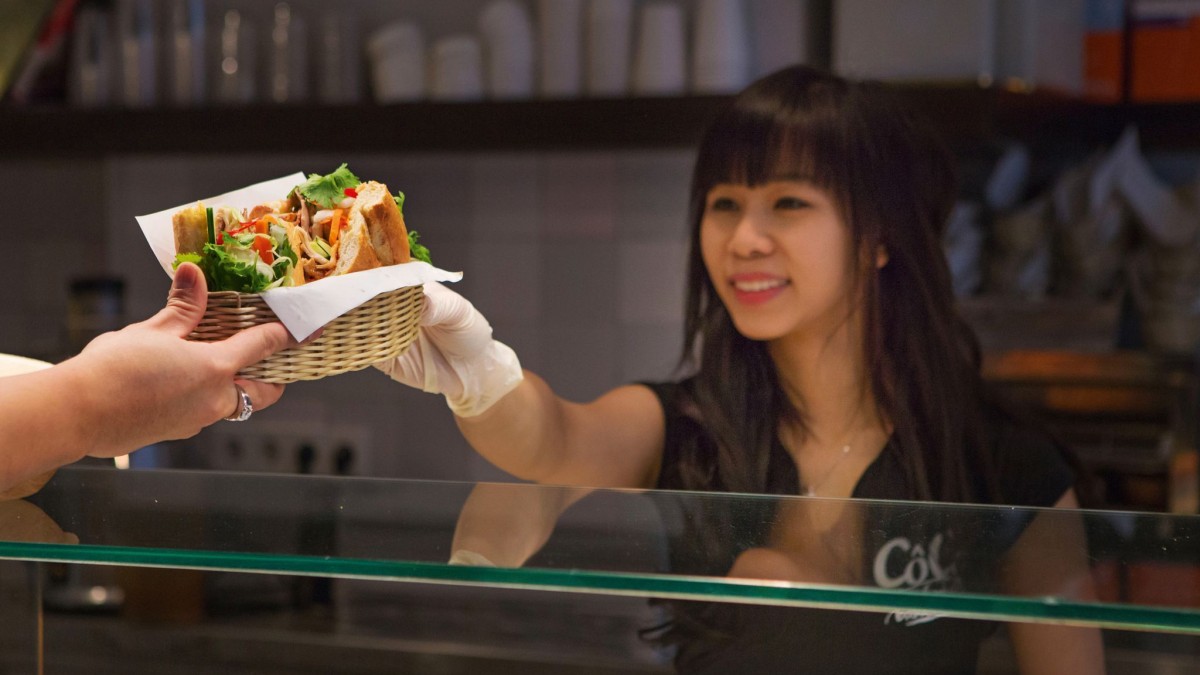 Hamburg (dpa/tmn) – What started almost ten years ago as a street food hype is now firmly embedded in our culinary culture: food trucks are no longer just at festivals, they have become firmly established in big cities. , like Hamburg at St. Pauli, in Berlin at Markthalle Neun or in Cologne at Rudolfplatz. You can find them more and more often as trendy caterers at weddings or company events and with their own shop.

Interest in new flavors and cuisines of the country.

Street food has a long tradition in Asia and represents the fresh preparation and direct consumption of street food. Many times we understand street food as special dishes from a specific cuisine that is foreign to us. So we can travel to Greece with Gyros Pita or a little further to Vietnam with a bite at a Bánh-Mì.

“We are curious and cosmopolitan and have a keen interest in new flavors and national cuisines,” says Stevan Paul. The chef by training and food journalist wrote one of the first cookbooks with street food recipes in 2015 with “Auf die Hand”. The fact that the Brandstätter Verlag title is currently in its sixth edition shows that the topic is still relevant.

There are often exciting stories behind the scenes.

Like fast food, street food is somewhat fast food, but it has nothing in common with the bad reputation of unhealthy eating. On the contrary: not only is there a lot of heart and soul in the dishes made from high-quality ingredients, most of which do not require prepared products and are prepared fresh on the spot, but they also often contain exciting stories.

“With this casual meal, we get up close to the chefs and growers, see how they work, and tell them where they get their produce from,” says Stevan Paul. In his book, he not only reveals almost 100 recipes that you can travel the world with at home, in short reports the cookbook author also takes his audience behind the scenes of the takeaway kitchens and illuminates the stories behind the recipes. stuck. .

Stevan Paul recounts, for example, how Anh Vu Dang developed Bánh-Mì, the Vietnamese street food classic, based on his grandparents’ recipes and then offered a vegetarian version in Berlin. Although he couldn’t get the original crispy rice flour baguette recipe out of Dang’s mouth, in the cookbook he outlines how to make the liverwurst, marinate the pork, and what other ingredients go between the bagel halves.

On the other hand, nothing can go wrong by recooking the “Gyros de luxe” that Michalis Josing serves at Dionysos in Hamburg. This is how detailed the entire recipe is: seared pork is seasoned with garlic, herbs and grape oil, followed by a raki-flavored tsatsiki and a salad made with two kinds of beans, all served on house-made flatbread. .

But what is the appeal of street food and food trucks? Klaus Peter Wünsch is someone who should know that. In 2010 he was one of the first Germans to stand behind the counter of a food truck, the RibWich, and was so enthusiastic about the subject that he developed the Facebook page and app “Foodtrucks Germany”. Here’s an overview of what’s on offer and the locations of around 1,500 food trucks in Germany, from Pani Smak in Hamburg to Tibetan Deli in Munich.

“The scene is very colorful, which makes it interesting,” says Wünsch. Families with kids meet hipsters in front of food trucks, and former Harz IV recipients meet former bosses behind the counter. The good thing about street food: The barrier to entry is low, for both diners and chefs.

“As a guest, you don’t have to invest a lot of time and money to try a lot of things. I usually pay eight to ten euros for a high-quality meal, not 27 euros like in a restaurant,” says Wünsch. Since you don’t sit in a fixed place, you would quickly strike up a conversation. Street food is the campfire of modernity, says Wünsch, which he once picked up somewhere.

Start your own business with a food truck

From dishwasher to millionaire, here, as is often the case in the restaurant industry, it is not like that. But with a creative concept, good products and clever social media marketing, a food truck is for many people the gateway to self-employment in which they can fulfill themselves, knows Wünsch, who has also been passing on his knowledge as a consultant for many years. .

Is the currywurst and fries truck around the corner street food too? Probably not, says Wünsch, summarizing what street food is all about: “The boss and the recipes often come from foreign countries and pass on their own culture. They make almost all the products themselves and use very few finished products.” And the look of the trucks matches the products. Food trucks are somewhere else every day in a narrow window of time. As a result, they often have their own fans and serve fewer walk-ins.