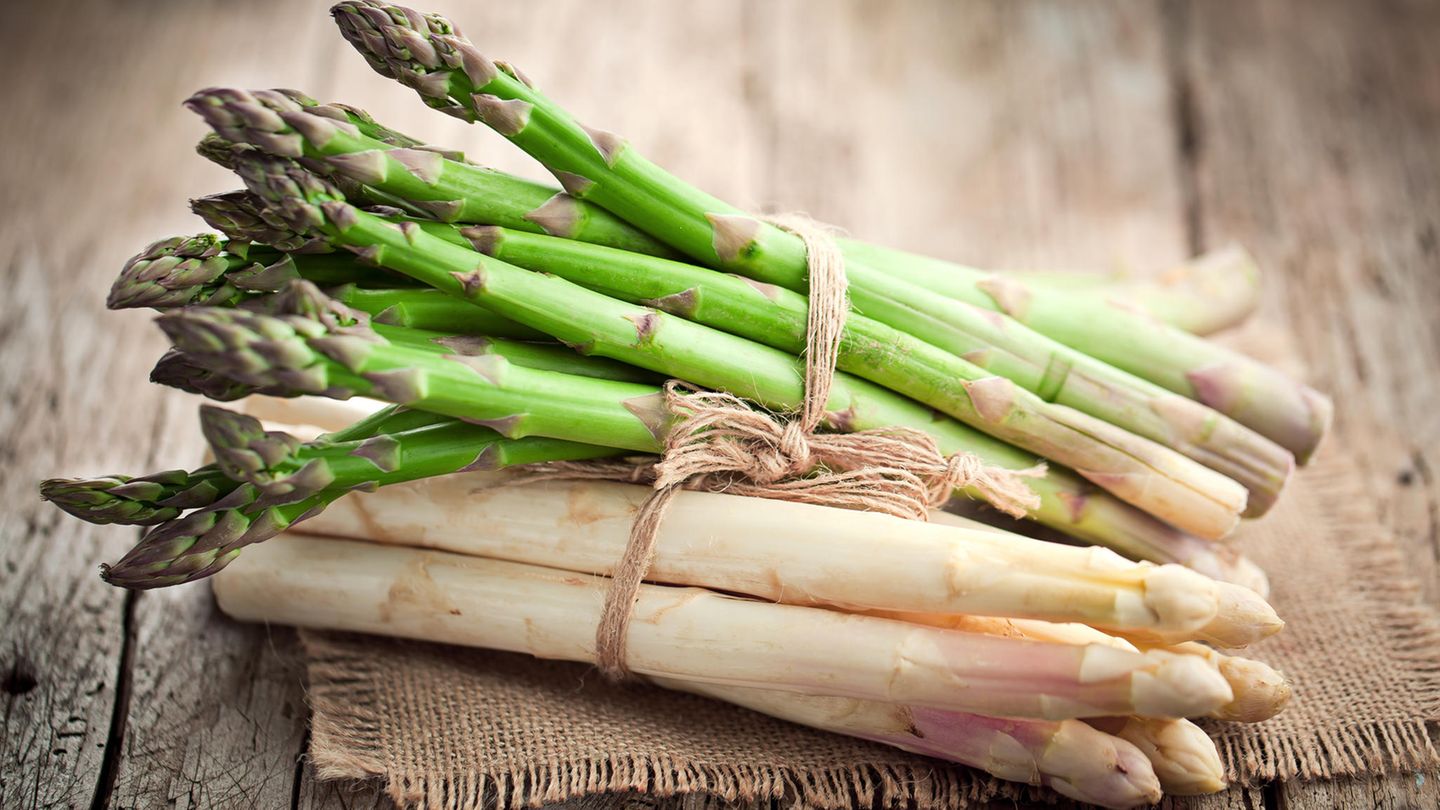 nutrition
Green or white asparagus: which is healthier?

Spring brings sunshine, birdsong and early flowers, and asparagus on our plates. The question arises: What is really healthier, green or white asparagus?

When mountains of asparagus pile up on market stalls and in supermarkets, you know: spring is here at the latest! In this country, white asparagus, also known as white asparagus, is particularly popular: each German eats an average of 1.7 kilograms per year.

Incidentally, that wasn’t always the case: About 200 years ago, it was mainly green asparagus that ended up on plates in Germany. This is still the case elsewhere, for example in Spain or Greece.

white or green? What is the difference?

The noble seasonal vegetables, which are sold at exorbitant prices, especially in early spring, are almost a status symbol. Germans love asparagus; the tips in particular are considered a delicacy. In Cologne, the spear vegetable is even worth millions hanging in Cologne’s Wallraf-Richartz Museum: Edouard Manet painted the “Asparagus Bundle” around 1880. It’s hard to imagine that the vegetable is largely unknown in many parts of the world.

Unlike white asparagus, which grows underground and is punctured as soon as the head comes out of the ground, green asparagus grows on the surface. In doing so, it forms chlorophyll, which gives it its green color. It’s not as elegant and doesn’t have as smooth and fine a flavor as its white counterpart, but because of its tangy flavor it’s wonderful in a salad or in a casserole.

And what is healthier, green or white asparagus?

Consisting of more than 90 percent water, asparagus is extremely low in calories and contains no fat. In addition to vitamins A, B, C, E and K, asparagus also contains a large number of valuable minerals. Due to its high potassium content, it also has a draining effect.

However, in general, green asparagus is a step ahead in terms of health: it contains more vitamin C and folic acid, and also contains more B vitamins than its white competitor. Another point in favor: it is not necessary to peel the green asparagus. Only the woody ends should be removed before cooking.

In the end though, it doesn’t matter if you prefer white or green asparagus, both types of asparagus are very healthy. When choosing, you should be guided primarily by your own taste.

This article first appeared on geo.de.