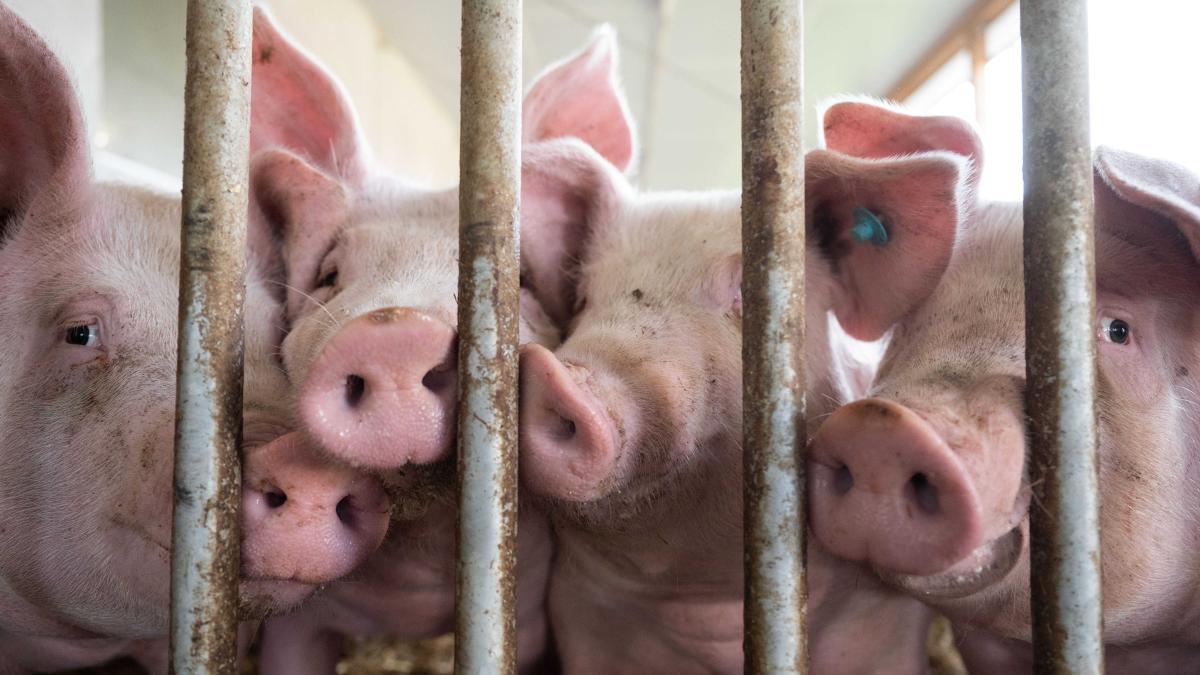 Exclusive
The meat company Vion wants regionality instead of mass. Manager David De Camp explains how consumer behavior is changing and why industry change is inevitable.

Mr De Camp, due to rising energy prices, inflation is making its way into all areas of the Business. How does this affect the meat industry, which is currently under pressure from many sides?

David DeCamp: It puts us under the same pressure as everyone else. Due to high energy prices, we were forced to charge an energy surcharge to our customers. But we were not the only ones. In the last two and a half years, the situation has changed rapidly again and again. Now we have high inflation, but before there was the African swine fever and the coronavirus crisis. I can’t tell you how this will all play out. But it is clear that the industry has to adapt and this change is already taking place.

only those african swine fever it has also plunged many farmers into existential difficulties. Do you see any room for improvement in the foreseeable future?

field: As long as ASP denies us access to key Asian markets, there will be a glut of pork in Europe, despite competitors like Spain, ItalyHolland or France continue exporting to Asia. Only Germany has its quantities in the EU accommodate. But we have this disease with us, and it is far from gone. We have a lot of forest and a large wild boar population, which is difficult. we are already slaughtering fewer pigs than two years ago. However, with the support of politicians, we can draw up special regulations for Asian exports, under which pigs from the unaffected regions of Germany can go abroad.

They kill less, but the Germans also eat less and less meat. Are the mega slaughterhouses over?

field: Yes, definitely. This has worked brilliantly as a business model since the 1990s. Before coming to Vion, I helped build these huge structures myself. But today it seems obsolete. Society no longer wants that. Politicians don’t want that anymore, and ultimately the raw materials aren’t available either. At Vion we have been dealing with this change for years. We want balanced supply chains and regional value-added cycles.

But that’s not exactly what the meat industry stands for…

field: There are four main players in the German meat market: Tönnies, Westfleisch, Danish Crown and Vion. Of these four, Vion is the only one that is really broad based with operations in almost every region. In addition, our companies are medium-sized, they are not those mega-slaughterhouses to which hundreds of thousands of animals go every week. That is why we traditionally have a particularly close relationship with our farmers. They are the root of our business, if we don’t have farmers we can close. At the Buchloe site, 93 percent of all deliveries come from within a 150-kilometre radius. At all of our locations, a minimum of 90 percent of the animals must come from a maximum of 200 kilometers away. We rely on that, because there is a demand for meat from the region. This is the way to go and it is unavoidable. But regionality will cost more money because it requires smaller and smaller units.

Origin is one thing. However, housing conditions are also becoming increasingly important to people. Minister of Agriculture Cem Ozdemir he is currently making another attempt at a state seal. Is the industry behind him?

field: We in the food industry and retail trade have long been working on better animal welfare and better husbandry. We have rebuilt our slaughterhouses according to the findings of Temple Grandin, which means, for example, that the entire process, from unloading to stunning, is organized in such a way that the animals experience as little stress as possible. We truly have the highest standards internationally. As for source labeling, we notice that the government is finally moving on. We like that. My personal opinion is that they should and could have acted much sooner. We need these uniform standards. But politicians must also help farmers. They need fewer requirements for barn conversions and they need subsidies for this. The one billion euros announced so far will definitely not be enough. This also supports the industry, we are all in the same boat.

Özdemir’s predecessor Julia Kloeckner advertised the label for years, act now. Are you too careful?

field: The announcement by the Federal Minister of Agriculture, Özdemir, that the prize would first be awarded only to pigs and then only to beef and poultry shows me one thing: he has great respect for the task. This is also understandable, because once again: the transformation costs money and in the end the consumer will have to pay for it. The question is: will it?

High inflation could at least curb this provision…

field: We have had a very good couple of months now with increasing demand. Now inflation continues to rise and people are starting to save. I don’t have a crystal ball, but I think vacations are the number one priority for a lot of people these days. People want to go out and have fun again. So you’re probably saving on something else. Instead of the steak, there is minced meat, we are currently looking at it. This is also how I explain to myself why the transformation is getting off to a rather shaky start.

Does that mean the industry is going to hold back for now?

field: No, that means it’s all the more important that we think in chains. We are in the middle and we have to see what the consumer wants, how much does he want? Does he want regional? Do you want organic? Do you want ground beef? Do you want steak? And then we try to balance that with supply on the agricultural side. In principle, the situation was that there were 100 pigs, someone was taking them away. We are completely rethinking here. We look at what a discount store, a supermarket, a butcher wants and try to deliver exactly these products. We can do this by establishing a long-term relationship with the farmers and saying that we will not only take these 100 pigs from them, but we will take their products for a certain period of time at a fair price and we will negotiate with the retailer that sells these to us. products also decreases, so that we can always market the whole animal as completely as possible.

Why do you have to politics help there?

field: The market cannot do this on its own. But this rethinking is extremely important because the market and people’s behavior are changing so much that traditional thinking no longer works. The number of animals in Germany is declining, the slaughterhouses are not being used to their full capacity. We have to focus on quality and not quantity anymore, on more value instead of volume. With our strategy, we can create more added value by being able to always produce the blanks that the customer currently needs. And at the same time process and market the entire animal “from head to tail”. This creates planning security for everyone in the chain and farmers can change their management.

What future do you see for organic?

field: Demand continued to increase during the Corona phase. Now the market is a bit stagnant, but I think it’s more of a snapshot and organic will definitely continue to grow. Somewhere between 10 and 15 percent of the total volume will be organic over the next four to five years. Today’s farmers, the younger generation, are also innovators, they want to position their farms successfully for the future. And organic is definitely a strong driver. We are the largest supplier of organic beef in Germany. I am firmly convinced that this will continue.

Until now, however, organic meat remains a niche in the food retail sector. Is there enough supply when demand increases?

field: So if all of the food retail and all of the discount stores suddenly go organic and advertise it properly, it’s not going to go well. But I think organic growth is realistic and we also have room to produce this meat in Germany. But the farms have to be rebuilt again, they need bigger stables and outdoor areas. These farmers also need fewer conditions and therefore subsidies. In my opinion, Germany’s goal must be to be self-sufficient in terms of meat and to create sustainable structures. Our bulls are always the most expensive in the entire EU. That means they are incredibly difficult to market abroad. We have to focus on the domestic market.

With their high production costs, how can German farmers defend themselves against cheaper foreign competition?

field: Yes, that is a challenge. But I think that if the regional chains are so united and that also plays an increasingly important role for consumers, it will continue to be so. Some exported products will reach Germany, but I don’t think that will play a big role, even for people who don’t earn that much money. The vast majority of the population wants more regionality and traceability in supply chains.

to person: David de Camp, 48, heads the beef division at the Vion Group. Born in California, he is married with two children.