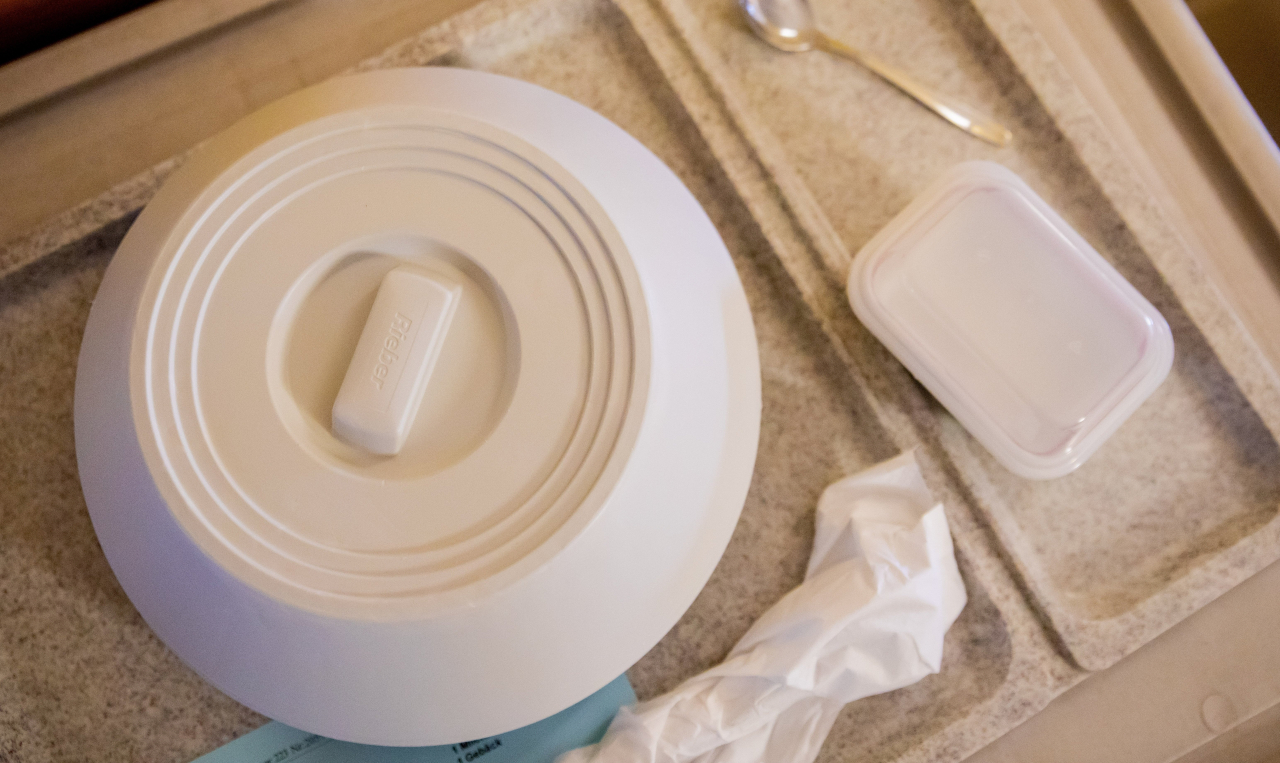 One person died after eating germ-contaminated food from a company in southern Hesse. A total of four people fell ill due to listeriosis infection. Apparently the controls were inadequate.

One person died after eating germ-contaminated food from a company in southern Hesse. A total of four people fell ill due to infection with listeriosis, a spokeswoman for the Hessian Ministry of Consumer Protection told the German Press Agency on Sunday.

The starting point is a fruit and vegetable company that delivered cucumber slices, among other things. An expert report found serious hygienic deficiencies. Those affected were infected between October 2021 and January 2022 in clinics in Frankfurt and Offenbach. The “Welt am Sonntag” had previously reported on the case. Consequently, the vegetable company had also delivered cucumber slices to hospitals, which were eaten there by patients as part of salads.

Inadequate controls: production of cut products has now been discontinued

Those responsible for the district of Groß-Gerau see significant deficiencies in the controls. Although this company should have been reviewed twice a year, this did not happen during the corona pandemic. “This is all extremely stressful,” District Administrator Thomas Will (SPD) said on Monday. The checks are unacceptable, said district health officer Walter Astheimer (Greens). The affected company had not been controlled for two years, and now the production of cut products had been stopped.

According to the Darmstadt regional council, which is responsible for a working group, the company became aware of the monitoring of supply chains. The information was first obtained on February 10. Soon after, the examiners found the hygiene deficiencies. According to Will, the fact that the case became public two months later has nothing to do with a cover-up. “They didn’t want to sweep anything under the rug.” There are enough questions that still need to be resolved. “We still do not know all the details of this case.” Regardless of possible prosecutorial investigations, further consequences will be examined.

Listeria can be life threatening

The ministry said it acted immediately. Post-outbreak investigations could have prevented further infections. The company reportedly closed in February. The report from the Hessian food safety agency mentions mould, rat droppings and puddles. The company also made shipments to hospitals, where at least two of those affected were infected. Listeria can be life-threatening if the immune system is weakened. “We assume there are no other cases,” Will said.

A district spokeswoman referred to the corona pandemic, in which several food inspectors and an official veterinarian were temporarily deployed for other tasks, such as contact tracing.

The Hessian SPD asked the consumer protection minister, Priska Hinz (Greens), to draw personal conclusions. The largest opposition party in the state parliament referred, among other things, to the scandal surrounding the North Hessian sausage maker Wilke and accused Hinz of inaction and knowingly accepting human life. The Wilke company closed in October 2019 after Listeria germs were found in the products. 37 cases of listeriosis were reported to health authorities. How many people were demonstrably harmed as a result is still being determined.

Information on those infected has not yet been released.

The districts could request the support of the food safety task force at any time to be relieved of the controls, the ministry spokeswoman said. They were last asked to do this at a staff meeting in late March. The special unit of the Darmstadt regional council works throughout the country. “As the supreme technical supervisor, we follow a zero tolerance policy if companies fail to meet their legal responsibility to place safe food on the market,” the statement said.

The regional council noted that the cause is not found in hospitals. The kitchens there are in perfect condition. No information has yet been given about those infected. Another patient has died in the meantime, but not from lack of hygiene.