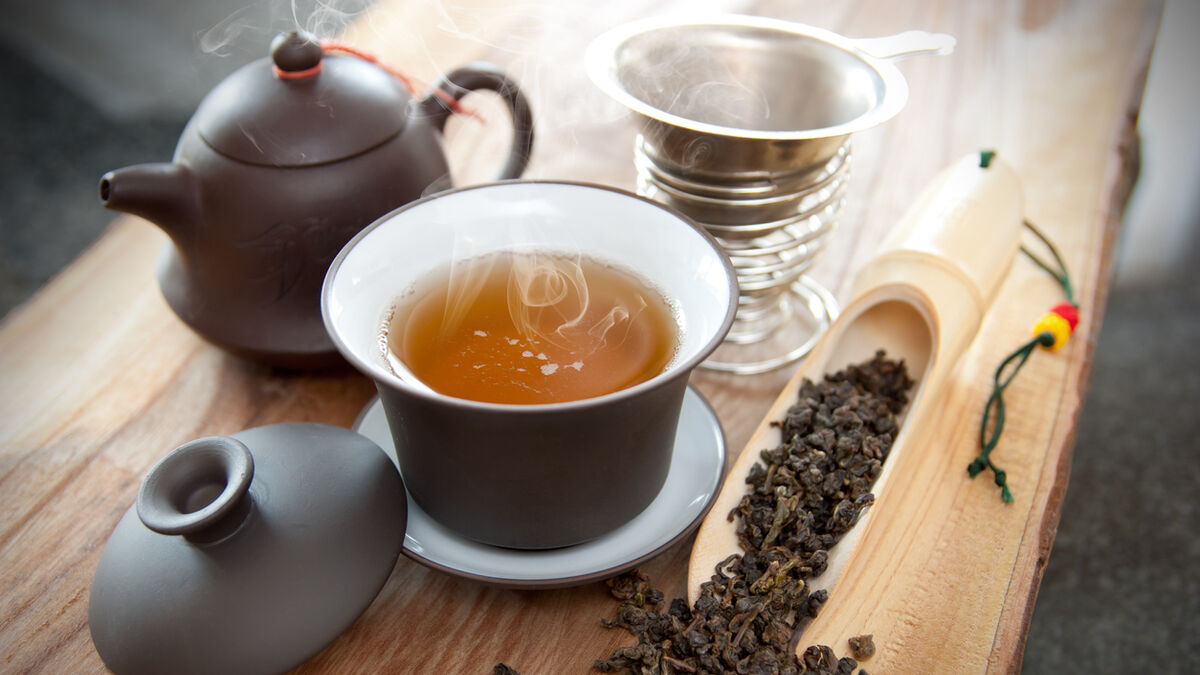 Teas like oolong tea may be beneficial for heart and vascular health due to their high levels of antioxidant polyphenols. Antioxidants have effects to lower blood pressure and cholesterol. In a study of 76,000 subjects from Japan, researchers found that people who drank about a quarter of a liter of oolong tea a day had a 61 percent lower risk of developing cardiovascular disease. Chinese researchers found that consuming just one to two cups of oolong tea a day significantly reduced the risk of stroke.

read on immediatelynorth: These tips can help you prevent a heart attack > >

Not only does the caffeine in oolong tea briefly stimulate nerve cells in the brain, increasing our ability to perform and focus, but researchers have found that regular consumption of amino acids from tea in combination with caffeine can have an effect. protector in the brain. . For example, older Chinese black and oolong tea drinkers had better cognitive functions and abilities than comparison groups. The regular release of messenger substances such as dopamine is also beneficial for the general state of the brain. Dopamine, for example, is released in the body by caffeine.

Learn more: This is what happens when you drink coffee every day >>

May have anticancer effects

Secondary plant substances, such as polyphenols contained in oolong tea, have antioxidant effects. Researchers have been investigating the health-promoting properties of polyphenols for some time. Now a clear picture is emerging: the antioxidant plant substances in green tea and black tea have health-promoting effects. Since oolong tea is on the spectrum between green and black tea, these effects can be assumed here as well. Researchers, for example, found that the antioxidants in tea may have anticancer functions in the human body. The risk of developing certain types of cancer would be reduced by regular consumption of tea.

Soothing and gentle on the stomach.

Oolong tea is low in acid and can be drunk as a basic beverage if you are too acidic. Asian tea has a calming effect on the gastrointestinal tract due to its alkaline character. Stomach upsets and discomforts, such as stomach pain, feelings of fullness, or digestive problems, can sometimes be relieved by antioxidant oolong tea.