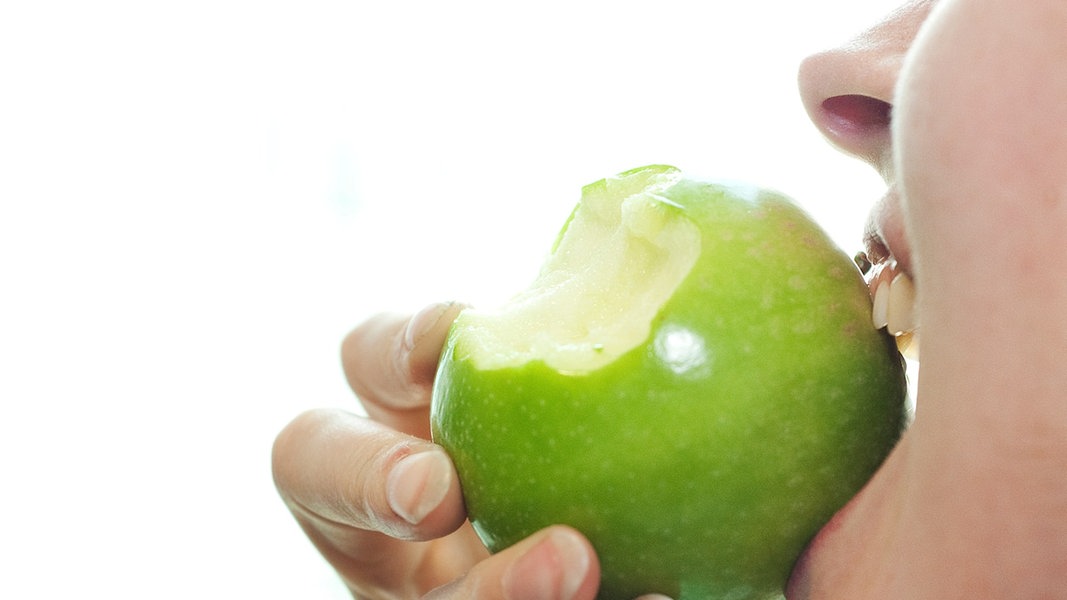 Brushing your teeth helps fight plaque and bacteria and keeps your teeth and gums healthy. Hardly anyone would disagree with that today. And yet, although they brush their teeth diligently, 98 percent of people in Germany suffer from caries, 90 percent from gingivitis. Every second adult even has an inflammation of the periodontium, the so-called periodontitis, which can lead to tooth loss. Because the composition of the bacteria that live in it seems to be more decisive than the amount of plaque. Our ancestors didn’t have a toothbrush yet, as hunters and gatherers they had a lot of plaque and healthy teeth.

Scientists at the Freiburg University Dental Clinic have in one The study examines the influence of diet on dental health and, in particular, on periodontitis. The reason for this was the surprising results of an experiment in Switzerland: for a television documentary, ten participants lived for four weeks as if they were in the Stone Age, subsisting on hunting and wild fruits. Brushing teeth was taboo. Contrary to expectations, the participants’ gums were generally healthier than before, despite an apparent lack of oral hygiene.

To verify these surprising results, the Freiburg scientists divided their subjects into two groups: One group was to eat as they did in the Stone Age, with complex carbohydrates from vegetables and fruits, high-quality fats from nuts and seeds, fish, and just a little meat. The control group followed a typical Western diet: with sugar, white flour products, soft drinks, sausages and meat.

The inflammation of the gums was reduced by almost 50 percent

After four weeks, the Freiburg researchers saw that the inflammation in their study group had also decreased by almost 50 percent, although the plaque remained the same. Therefore, the difference could be attributed to the fact that the subjects had avoided sugar, white flour, sweets and juices. Such processed carbohydrates are simply considered powerful inflammatory drivers. Instead, they ate high-fiber complex carbohydrates, which are more anti-inflammatory.

Changing your diet can help with periodontitis

Fruits and vegetables in particular, which are rich in so-called polyphenols, counteract inflammation. The intensely colored varieties contain a particularly large amount of these antioxidant substances. But in addition to polyphenols, vegetables, such as lettuce, also contain many nitrates.

Salad juice with nitrate against inflammation of the gums

for one In a study conducted by the Würzburg Dental Clinic, researchers produced a salad juice drink with a defined nitrate content, which the subjects drank regularly, while the control group received a nitrate-free juice. After just two weeks, gingivitis in the nitrate group was 50 percent lower. A little later, the nitrate ingested with food appeared in the saliva of the subjects.

Bacteria on the back of the tongue can metabolize nitrate to nitrite. And nitrite not only has an antibacterial effect in the mouth: in the stomach, gastric acid breaks it down into nitric oxide, and this helps the body fight inflammation. By the way, unlike nitrate-cured meat and sausage products, nitrate-containing vegetables do not contain potentially carcinogenic nitrosamines, since the vitamin C contained in vegetables prevents their formation.

Anti-inflammatory foods and longer eating breaks support the success of periodontitis treatment. plus

For teeth to stay beautiful, they need to be taken care of; otherwise, there is a risk of diseases such as caries and periodontitis. Questions and answers about teeth. plus