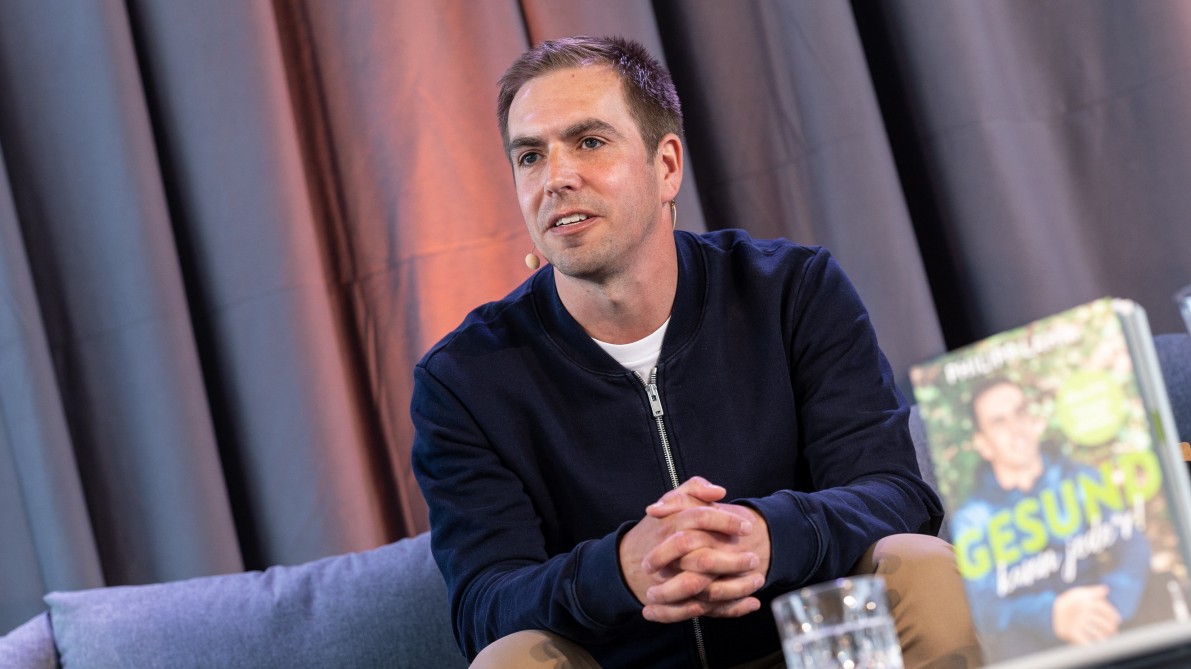 If the Brazilian Ronaldo had written such a book after his career or the Englishman Paul Gascoigne, one could probably speak of a credibility problem. Or maybe Max Eberl, who once learned to play football with Bayern and after his career at Borussia Mönchengladbach literally became a heavyweight among football officials. Here too, the driving force behind a work about life healthy, nutrition and movement may have come to an end. limits. But that should work for Philipp Lahm.

The captain of the German 2014 World Cup team, now 38, is apparently still maintaining his fighting weight five years after his retirement and looking as young as ever. Together with a team of experts, he has now put in writing how he manages to do this despite the daily stress he handles as a businessman, tournament director of the next European Championship in Germany in 2024 and family man. Under the title “Everyone can be healthy”, the Südwest-Verlag has published a 250-page book, which can be described as a comprehensive advisor for all matters relating to the body, leisure sports, nutrition and relaxation.

When the richly illustrated booklet was presented at the “Coubertin” restaurant in the Olympic Park, media interest was enormous. Several camera crews and some two dozen reporters are busy in the room, not surprisingly, not only the book launch, but also the recent uproar at Lahm’s former club FC Bayern has attracted them. And so most queries quickly revolve around Robert Lewandowski, Julian Nagelsmann and “FC Hollywood” in general.

But the Munich native, who remains every mother-in-law’s dream even in her late thirties, not only visually, but also in terms of friendliness and decency, circumnavigates all reefs with her own diplomacy. He follows his exclusion, “that’s clear”, says the former captain, but he “is not responsible”, that’s why he wants to stop with a summary of the season. Just this about a possible Lewandowski exit: “It’s a shame someone like that wants to leave the Bundesliga,” says Lahm, which also applies to Erling Haaland, whose transfer from Dortmund to Manchester City is already confirmed. He himself “has seen Lewandowski more often lately,” says the former professional, but “he definitely doesn’t talk to me about contract issues.”

Apart from that, Lahm also much prefers to talk about his book than about the shenanigans on Säbener Straße. Lahm names “exercise, nutrition, and relaxation as three components” that are relevant to health. And he reveals some tricks to keep moving after his active time with two training sessions a day: “When I’m on the phone, I put my headphones on and walk.” It is also advisable, for example, to get off too soon from a public transport stop and walk the rest of the way. After all, “sitting is the new smoking habit” and lack of exercise are one of the main health risks.

When it comes to losing weight, you need to set realistic, short-term goals. “When I was a kid, my only dream was to one day become a world champion. But in my career, it was always about taking the next step.” He continues to play sports three times a week, travels “as far as possible on foot or by bicycle” and takes great care of his diet. Of course, there are no longer four meals as during active time. He “also eats meat, but not every day”, preferring sustainable regional products. “It’s as simple as that, it doesn’t have to be anything special.” And Lahm, who places great importance on family meals whenever possible, also treats himself to “chocolates or gummy bears” from time to time, because: “Sweets are a part of life.”

But Lahm also says: “I want to be healthy, I want to have fun in life.”

Most of the statements are not new, but certainly practical. And maybe you’ll reach a reader who wouldn’t deal with those topics if there wasn’t a football idol behind them. The best example is the children’s books that Lahm’s friend Bastian Schweinsteiger published together with ex-skier Felix Neureuther and which also try to teach children in more or less subtle ways about movement and team spirit.

The experts Lahm is working with on this book project include doctors, nutritionists, and a mental coach. And there is a cooperation with the Bavarian spas, which in turn fits in with Lahm’s creed of ideal outdoor leisure activities: “Whether lakes or mountains, in Bavaria we have many opportunities to exercise outdoors in a simple way .That’s no witchcraft.” Because one thing is particularly important to him, the 113-time national player emphasizes: “I want to be healthy, I want to have fun in life.” That is what he wants to convey with this book, “without pointing fingers.”