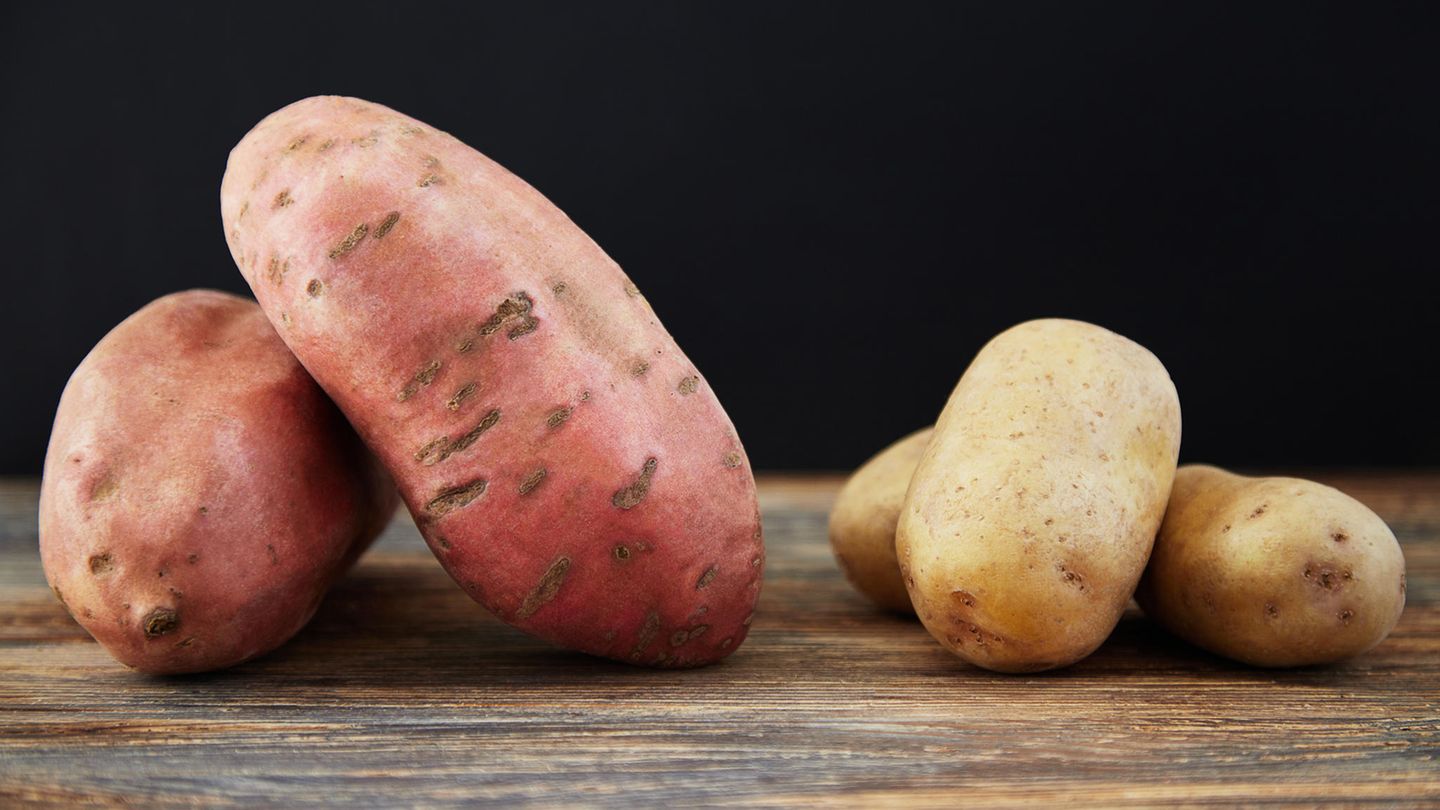 Whether fried, mousse, or baked, sweet potatoes are delicious and can be prepared in almost as many ways as potatoes. But which of the two varieties is actually healthier?

The sweet potato is on its way to overtaking the good old potato. Because almost everything we do with potatoes, we can also evoke from the sweet version. Sweet potato is now one of the most popular side dishes, also in Germany.

But what about the health benefits of varieties? Is potato or sweet potato healthier? We took a closer look at the nutrient tables for the two and found something surprising.

Potato and sweet potato: what is the difference?

A first comparison shows that potatoes and sweet potatoes do not have much in common beyond the name and the types of use in the kitchen. The potato is a nightshade plant and is grown here in Germany, among other places. Sweet potatoes, on the other hand, are a morning glory and are mostly imported from warmer regions, especially South America and Israel.

As its name suggests, sweet potatoes have a sweet taste. It can also be eaten raw and its leaves can be cooked like spinach. Potatoes, on the other hand, should only be eaten cooked.

Red or green apples, which is really healthier?

apple is equal to apple? no way! We explain the differences and reveal which apple is especially healthy

Which is healthier, the potato or the sweet potato?

Potatoes have fewer calories and carbohydrates

In terms of protein content, potatoes and sweet potatoes don’t take much. However, when it comes to micronutrients, the sweet potato is clearly ahead. Above all, the amount of calcium, potassium, folic acid and phosphorus is significantly higher in the sweet version. It supports healthy bones and a strong heart.

The orange color actually has positive health effects: the sweet potato owes this to the secondary plant substance beta-carotene, which has an antioxidant effect. For example, sweet potatoes help protect our cells from free radicals from damaging environmental influences. Beta-carotene is also a precursor to vitamin A, which we need for healthy eyes.

But the skin of the sweet potato can do even more: it contains caiapo. According to studies, this substance can help in diabetes to lower blood sugar levels and cholesterol levels.

The sweet potato is also ahead of the potato when it comes to vitamins. It has about 90 times more vitamin E, which also protects cells and also has an anti-aging effect. The vitamin C content is at least double that of potatoes. Sweet potato gives the immune system a new boost!

Actually, the potato is only one step ahead when it comes to iron and magnesium, both of which are particularly interesting for athletes in large quantities. However, the advantage over sweet potatoes is relatively small.

Comparison of sweet potato and potato: which is healthier?

Both tubers are healthy and have their deserved place in a balanced diet. The classic potato performs better in terms of calories and carbohydrates, while the sweet potato has higher amounts of vitamins and healthy nutrients. If you like both varieties, it’s best to cook in turns!