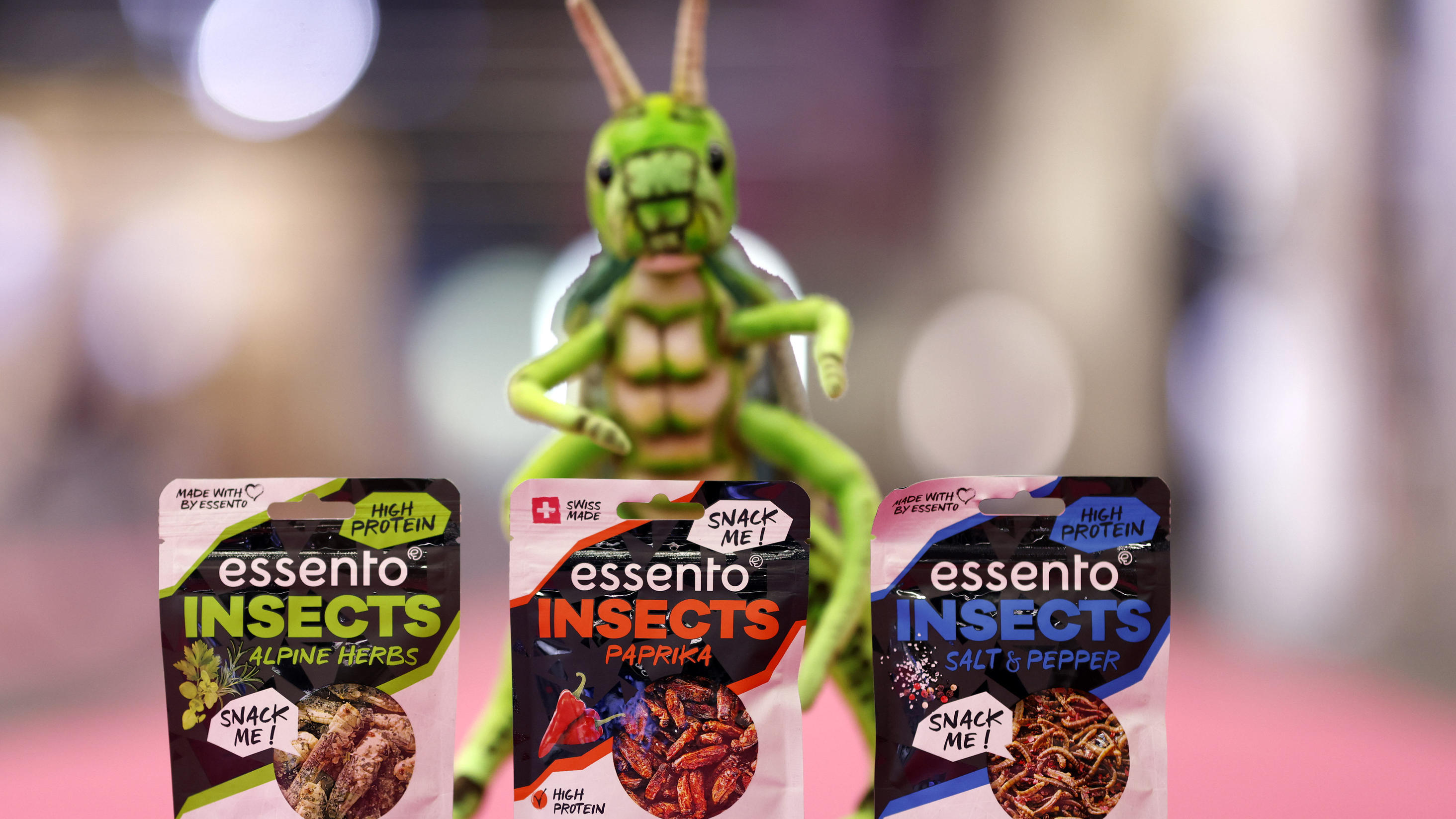 How can we feed the world’s growing population when, at the same time, the climate crisis is leaving more and more land unusable for agriculture? A company from Finland came up with an idea: they can make a protein powder out of air!

You can find out what this company does and how the edible food is made in the video above.

Here you will find all the news about the weather

What are the best alternatives to meat?

But not only proteins can become an important milestone in the nutrition of the world population. Since the world’s enormous resources, such as water or soil, are consumed and used by the mass consumption of meat by humans, alternatives are inevitable.

Here is the list of the top ten vegan meat alternatives:

Like natural tofu, smoked tofu is made from soy milk with the help of coagulants. After being pressed into blocks, it is refined by gently smoking it in smokehouses.

Tempeh is an ancient Indonesian food made from whole soybeans, unlike tofu.

This protein-rich fibrous material consists of pure wheat protein separated from starch by leaching from the wheat.

Lupins are known as the soybeans of the far north. They belong to legumes and are even grown regionally here. Therefore, they have a significantly better ecological balance than other meat alternatives.

Like soybeans, lupine seeds are processed into tofu. To do this, they are soaked, squeezed and the liquid obtained is thickened.

Soybean kibbles are an extruded soybean product that is becoming increasingly popular under the name of soybean meat.

With just 30 kcal per 100 grams and a low protein content, the fruit of the South Indian tree is not a real alternative to meat, at least not from a nutritional point of view. However, it has been increasingly appreciated in recent years. One reason is undoubtedly that the fruit is naturally soy-free and gluten-free.

What can bagged meat substitute do?

Meat production bad for the climate

Meat production has a huge impact on nature and the climate. Because to grow animal feed such as soybeans, large areas are cleared, often in the rainforest. According to the Meat Atlas 2021, livestock farming already uses 70 percent of all agricultural land, as well as large amounts of water. 73 percent of antibiotics sold worldwide also go to animals. Therefore, satisfying our hunger for meat is not sustainable.

Reading tip: These are the most harmful foods for the climate

If you’re looking for a cheap alternative to meat, you can’t go wrong with oatmeal. You can buy them cheap at the supermarket.

Oat flakes are particularly suitable as a vegan alternative to minced meat or pies. Simply mix oatmeal with vegetable broth, tomato paste, and spices. Then form patties or lightly crumble into minced meat.

Here, some muscle cells are removed from an animal. From this, the muscle cells for meat production are grown in the so-called “in vitro process”. The cells can then multiply in a nutrient solution until muscle fibers or whole muscles have been formed.

Another alternative could be insects. That doesn’t sound very appetizing at first, but insects can be eaten too. Nearly two billion people are already doing it.

Insects contain healthy nutrients, lots of protein and protein. In the long term, they could meet the growing protein needs of the world’s population more sustainably than meat.

algae
Seaweed is particularly popular in Japanese cuisine. Until now, seaweed has not been well known as an alternative to meat. Eco-friendly multipurpose products have the potential to revolutionize entire branches of industry, from food to clothing.

A little water and light, that’s all the algae need. They are also full of important nutrients.

Reading tip: With algae against the climate crisis? This is how algae farms work

In France, snails are considered a delicacy. Snail farming, and thus snail meat production, is significantly more resource efficient than, say, meat production. Small animals need less space when they are reared, and the consumption of food and water is also low.

Reading tip: How can I save CO2 in nutrition

Meat substitutes are on the rise:

The Carbon Clock shows us the remaining CO2 budget

Our weather trends and theme pages

If you are more interested Weather-, Air-conditioned- Y science topics you have, you are in Wetter.de in good hands. especially recommended we can give you that too 7 day weather trend with the weather forecast for next week. This is updated daily. If you want to look into the future, the 42 day weather trend One option. There we take a look at what awaits us in the coming weeks. Perhaps you are more interested in how the weather has behaved in recent months and what the forecast is for the rest of the year. That’s why we have ours. Climate trend for Germany.

We recommend our wetter.de app so you don’t miss the weather anymore when you’re on the go apple Y androidDevices.

Climate records: can Germany still be saved? The documentary in streaming online on RTL +