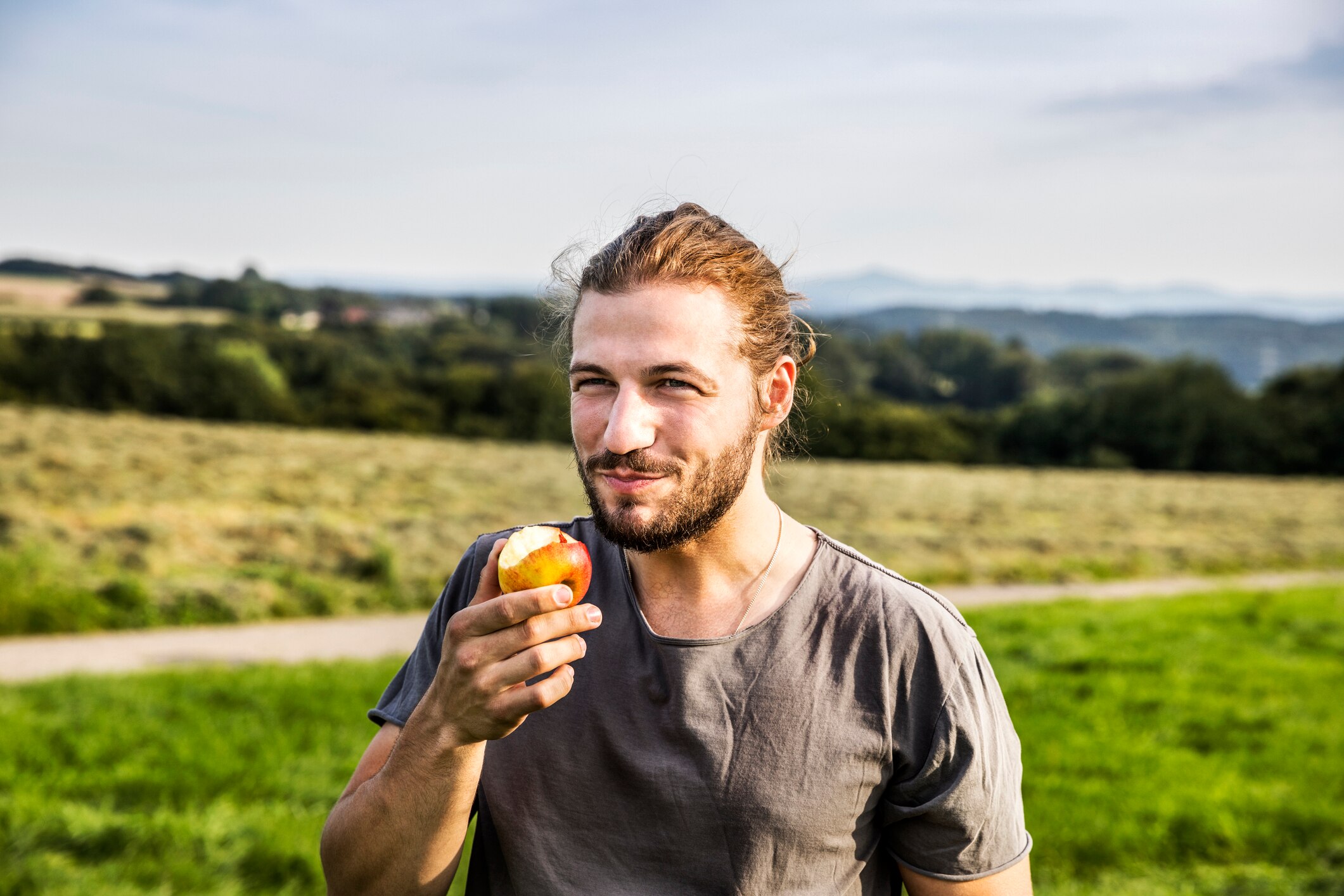 Punctually at the beginning of spring, bothersome symptoms such as watery eyes, cough, sneezing attacks or runny nose settle among those allergic to pollen. While the medicine cabinet has antihistamines ready, symptoms can also be relieved by eating the right foods.

By deliberately avoiding and consuming special foods, allergy sufferers can finally look forward to the best time of year again. FITBOOK explains which foods can ease pollen allergy symptoms and also provides tips on the right diet for hay fever.

The allergic symptoms of a pollen allergy are due to the messenger substance histamine. For this reason, conventional medicine relies on antihistamines to relieve breathing difficulties, puffy eyes, and the like.

In the case of hay fever, the body first produces antibodies because it misclassifies grass pollen as a potential hazard. These antibodies are also known as immunoglobulin E (IgE) or IgE antibodies. As soon as the antibodies come into contact with the respective allergens or pollen, the messenger histamine is released. The undesirable result: An acute inflammation then develops, which allergy sufferers perceive in the form of typical allergy symptoms.

As an alternative to or in addition to antihistamine drug therapy, it makes sense to avoid histamine-rich foods during pollen season!

Also interesting: How do you recognize histamine intolerance?

Since histamine in particular triggers the symptoms of hay fever, the content of this messenger substance in the body should not be increased. Therefore, allergy sufferers are advised to prefer foods low in histamine or to consume only histamine-containing foods in moderation. However, there are not only foods such as red wine or cured cheese that are especially rich in histamine, but also those that stimulate the release of the messenger substance by the body itself.

Rules for a low histamine diet

* Consume food as soon as possible and do not store it for a long time.

Also interesting: »I tried to fight my allergy with hypnotherapy – that’s how it was

What foods contain a lot of histamine?

Since histamine ingested through food would also trigger the allergic symptoms of hay fever, nutritional therapy is based on foods low in histamine. Therefore, the following foods should be avoided in case of acute allergy symptoms and, if necessary, also as a preventive measure.

What foods are low in histamine?

Since a completely histamine-free diet is not possible, the diet plan for allergic symptoms should consist of foods low in histamine. The following overview shows better tolerated alternatives to aged cheese, canned fish, etc.

Allergy enhancers: from alcohol to stress

But in addition to foods rich in histamine, there are other foods and factors that increase the symptoms of pollen allergy. These triggers, known as augmentation factors, vary from person to person. However, the sensitivity and intensity of the body’s allergic reaction also depend on physiological and psychological factors.

*especially from the point of view of alternative medicine, which often recommends avoiding wheat products and foods containing gluten in case of allergies and autoimmune diseases

Food as a trigger: cross-allergy associated with pollen

It is estimated that 60 percent of people affected by a pollen allergy also develop a so-called pollen-associated cross-reaction. As a result, allergy sufferers show similar allergy symptoms after eating certain foods, for example apples or carrots, than after contact with pollen.

Allergy-triggering proteins in pollen and certain foods have a similar structure. This pollen-associated cross-reaction is often experienced as particularly severe during pollen flight. When a person with hay fever eats a cross-allergic food, acute allergy symptoms, such as sneezing or shortness of breath, can worsen. Additionally, there may be an unpleasant tingling and itching sensation in the mouth and throat after consumption.

While it makes sense to temporarily avoid cross-allergy foods, especially in spring and summer when there is a pollen load, you should always test individually whether apples, nuts, and the like are tolerated. In modern nutritional therapy for allergies, the motto is: Don’t give up your favorite dishes as a preventive measure because they are potentially incompatible or one of the possible triggers. For example, while people with celiac disease should avoid trace amounts of gluten throughout their lives, individual tolerance for hay fever should first be assessed.

Known allergens should only be avoided if intolerance is determined. It also makes sense to maintain tolerance to well-tolerated foods by regularly serving a colorful mix of nutrient-dense fruits, vegetables, and salads. Allergists often diagnose a cross-allergy in people who are allergic to birch pollen. However, cross-allergic reactions also occur in the case of a grass and herb pollen allergy to mugwort.

Examples of cross allergies in people allergic to pollen

Tip for an allergy-friendly preparation: Exposure to heat from cooking, steaming, or baking also plays a role in the intensity of an allergic reaction. For example, a steamed apple is better tolerated than the corresponding raw food. Nuts are also less likely to cause symptoms when eaten as a cake.

There are numerous regional fruits and vegetables that provide an extra dose of antioxidants. After consumption, these small active ingredients develop anti-inflammatory, anti-allergic and other cell-protective effects. Of course, due to their health potential, these culinary miracle cures shouldn’t just be on allergy sufferers’ plates.

Another point to note: Antioxidants, also known as phytochemicals, are found in local superfoods, from apples to broccoli to onions. For the sake of sustainability, it doesn’t always have to be acai, goji, or other expensive exotics from the other side of the world.

Also interesting: the bite of a certain type of tick can trigger a meat allergy