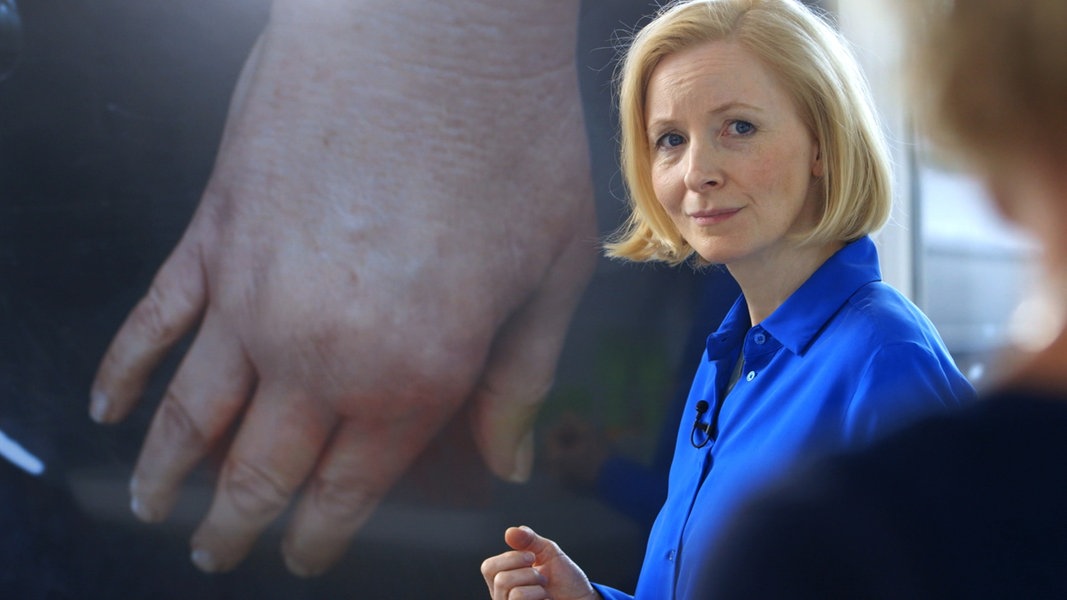 Doctors currently summarize about 400 different diseases under the umbrella term “rheumatic diseases,” including gout, lupus erythematosus, vascular diseases (vasculitis), and many more. Rheumatic diseases affect people of all ages, even children can suffer from rheumatism.

Rheumatism occurs mainly in the musculoskeletal system, but it not only affects “hard” structures such as bones, joints or cartilage, but also “soft parts” such as muscles, ligaments or tendons. Even the organs, the pleura or the nerves can be affected.

Rheumatic diseases can be divided into four main groups:

Rheumatoid arthritis is one of the most common rheumatic diseases

The most common is rheumatoid arthritis (previously known as chronic polyarthritis, cP), a progressive joint inflammation in which the inner lining of the joints, tendon sheaths, or bursae are attacked. An estimated 800,000 people in Germany have it, including almost three times as many women as men. The disease usually begins in the second half of life. In Germany, however, some 15,000 children are also affected. Rheumatism is not cured yet, but it can be easily treated: if the disease is caught early, the inflammation can be stopped or slowed down.

Joint pain can be common. But when do they indicate a serious illness? Can rheumatism be prevented? 6 minutes

Symptoms: Morning pain and stiffness in the joints

Rheumatoid arthritis sometimes presents nonspecifically initially with exhaustion and rarely with fever as well. The first concrete signs are hot, swollen or red joints. Usually the joints are affected symmetrically, for example both thumbs. The disease usually begins in the metatarsophalangeal joints of the fingers and toes, which are painful at night and feel stiff for more than an hour in the morning.

The disease can be slow and mild. However, in some patients, often older, the joints deform very quickly, stiffen and cause severe pain. Patients can no longer cope with their daily lives without help.

The diagnosis is not always easy to make. It is relatively easy for young patients because they generally do not show signs of wear and tear on the joints. In older patients suffering from osteoarthritis, it becomes increasingly difficult to tell the difference. And both diseases can be present at the same time.

The DAS 28 rheumatism index determines the inflammatory activity of the disease.

If several joints are inflamed for more than six weeks, rheumatoid arthritis is suspected. The doctor will draw your blood: increased blood sedimentation and increased CRP (C-reactive protein) usually indicate inflammation. If the so-called rheumatoid factor and certain antibodies can also be detected, then the diagnosis of rheumatoid arthritis is considered certain. However, there is also a “seronegative” form of this disease, in which rheumatoid factor and antibodies are absent. The thickened and inflamed synovial membrane can be seen on ultrasound.

Imaging procedures, such as x-rays or magnetic resonance imaging (MRI), can show if there is already damage to the bones or cartilage.

The DAS 28 (Disease Activity Score 28 – index of disease activity for the 28 examined joints of fingers, hands, elbows, shoulders and knees) describes the progression of the disease. The parameters are the number of tender and swollen joints, the rate of blood cell decline, and the patient’s assessment of the disease. A DAS28 below 2.6 is considered remission. At values ​​up to 3.2, rheumatism is considered inactive, values ​​above 5.1 mean high inflammatory activity.

The causes of rheumatoid arthritis are not yet fully understood. It seems certain that autoimmune processes are involved and that the immune system of those affected fights the body’s own tissue. Misdirected immune cells, stimulated by certain messenger substances, the interleukins, enter the joints and cause inflammation there. As a result, the inner lining of the joint scars and proliferates more and more, cartilage and ligaments are damaged. This hurts, leads to a restriction of movement and, if not treated in time and properly, to the destruction of the joint.

A combination of several factors may be responsible for the malfunction of the immune system. In addition to a genetic predisposition, these include smoking and possibly other environmental toxins.

The optical imaging method, which works with a fluorescent dye and near-infrared light, shows foci of inflammation in the finger joints.

Like most rheumatic diseases, rheumatoid arthritis is one of the chronic diseases. However, those affected can slow down the progression of the disease or even stop it altogether. The prognosis is particularly favorable if you start therapy within the first three months. Therefore, those affected should consult a rheumatologist in time.

Medication: Immunosuppressants against inflammation are the basis

Together with the patient, the specialist draws up a treatment plan that is based on modern anti-inflammatory drugs. So-called immunosuppressive drugs such as methotrexate and so-called TNF inhibitors are generally used, which dampen certain excessive functions of the immune system.

A special anti-inflammatory diet also helps. Meat should rarely be on the table because it contains a large amount of pro-inflammatory arachidonic acid. Good fats, especially omega-3 fatty acids, as well as plant minerals and antioxidants, help fight inflammation. The stems and leaves that we discard when cooking are particularly rich in these valuable substances and can be processed into delicious green smoothies, for example. This diet also protects the heart.

Exercise and physical therapy for rheumatism

Heat, cold, or electrotherapy (TENS) may also be used to support this. For example, in an acute flare-up, many people with rheumatism find relief by moving their hands in a bowl of rapeseed for ten minutes. Many use them cold in the refrigerator, but those who prefer heat can pop the seeds in the microwave for a short time. You can get rapeseed at health food stores, health food stores, or directly from a mill.

Rheumatic pain: when is surgery necessary?

In the advanced phase, an operation is unavoidable for some of those affected in which the destroyed joints are replaced by a prosthesis or, if this is not possible, they are hardened, for example.

Little meat, but fish and lots of vegetables should be on the plate for rheumatism. Plant substances have an anti-inflammatory effect. plus

Millions of people are affected by the chronic disease rheumatism. Early treatment can stop the inflammation in many cases. plus

An alteration in the intestine can give rise to rheumatic ailments. An anti-inflammatory diet can help. plus