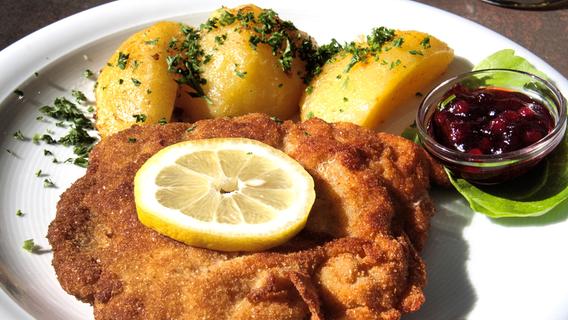 – Almost everything in everyday life is getting more expensive these days, even going to the restaurant. The restaurant sector suffers from the highest costs for energy, food and personnel, and has to pass them on to customers. However, this is often not so obvious.

Butter for more than three euros, a liter of cooking oil for more than four euros and drastically increased prices for electricity and personnel: gastronomy is facing difficult times. While many wished for calmer waters after the Corona crisis, it is now becoming increasingly clear that the situation remains tense. In order to continue to do business properly, restaurateurs have to increase their prices, at the risk of losing customers who do not want to bear the price increases or who cannot afford to do so.

Some cafes or restaurants therefore resort to other means and in turn reduce costs in order to continue operating profitably. We reveal what you should be aware of as a guest, and what measures restaurateurs use.

This is probably one of the simplest means: if you have less use of goods, you win more in court with the same price. In some restaurants there is only one schnitzel on the plate instead of two, there is less cheese and bread with the sandwich plate or the piece of cake is slightly smaller. However, this only works to a limited extent, because the energy or personnel costs remain almost unchanged in this case.

This approach is nothing new in itself and is completely legitimate: if you want extras, you have to pay for them. But some restorers are now more accurate than before. While sugar and sweetener used to be part of the service with coffee, oat milk instead of cow’s milk, or ketchup and mayonnaise with fries, such extras are no longer economically viable.

There is always a lot of psychology behind the menus. Due to the huge increase in costs, many restaurateurs are forced to print new menus, and some use this to make the dishes look a little better. Adapted formulations, ingredients described in more detail (eg in terms of origin) or actual changes to the dish justify a higher price in many cases.

Here, too, the innkeepers try to keep costs low. In some restaurants, for example, the side dish is removed and replaced by the option of a salad bowl, which can be purchased at an additional cost, and side dishes can now be ordered separately with the main course, as is now standard. in some restaurants.

Customers should pay special attention to this hidden price increase: pubs charge the same price for beer, wine or cola as before, but now they serve it in smaller glasses. “We have seen that the demand for glasses and cups has been increasing for weeks,” explains a Munich Metro employee when asked. online focus For this. And if there are still some ice cubes left in the glass, the cost of goods sold for beverages is even lower.

What can guests do?

In principle, guests must understand that the innkeepers have to raise prices. As with all Germans, everyday life has become noticeably more expensive for them. According to the general director of the German hotel and restaurant association Dehoga in Bavaria, Thomas Geppert, “price adjustments in the hotel industry are inevitable this year”. According to a survey conducted by the association, one in five hosts is even considering leaving the business altogether.

To avoid unpleasant surprises, guests should take a close look at the menu and also pay attention to quantities, especially for drinks. It’s usually helpful to ask the staff or take a look at the surrounding plates if you’re unsure of portion sizes. And if you ask for extras, ask in advance how much they would cost.

More information in our food and drink section!