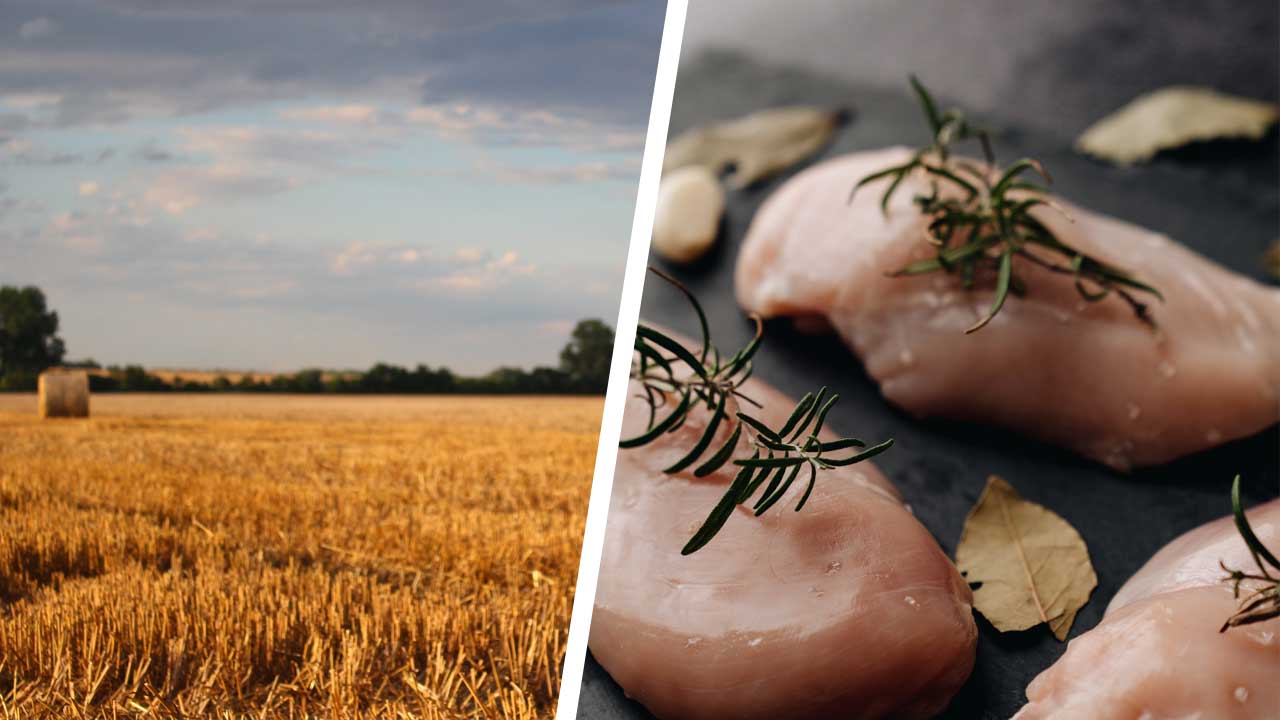 In an interview with the taz, the leader of the farmers’ association explains that agriculture is important for climate protection, we don’t actually lose raw materials by feeding cereals, and food of animal origin is essential for a balanced diet. We do not agree on all aspects.

Due to the war in Ukraine, there is a risk of famine in some countries and food prices are also rising here. Because with the Ukraine and Russia two important suppliers of wheat have left. So we have less grain available. According to statistics from the Ministry of the Environment for Food and Agriculture, 60% of German grain production is used for animal feed. Shouldn’t we be eating the grain ourselves? The taz media outlet spoke about it with the president of the farmers’ association, Joachim Rukwied.

Rukwied defended the cultivation of fodder with environmental protection: “In Germany we have 4.7 million hectares of meadows and pastures. This grassland is also important for biodiversity and climate protection. We can make excellent use of it in raising cattle and sheep by producing fodder there. It is the basis of the feed ration, which we then supplement with feed corn and by-products that are produced, for example, in the production of rapeseed oil or sugar and that are not fit for human consumption.” conserve grasslands. But: The fact that we reduce the number of animals in the stables does not mean that we have to destroy the meadows. In any case, very few animals live in the pastures.

The areas we are actually talking about here are farmland where maize is grown for animal feed, often on monoculture. Monocultures only use the nutrients in the soil on one side. And because there is very little of a nutrient in the soil quickly, farmers have to fertilize heavily. it will be too much fertilizer but at the same time it damages the soil and groundwater. Furthermore, monocultures are more susceptible to pests and soil erosion. Many wild animals cannot find food in fields that are only planted on one side.

Monocultures are typically used for biomass production (read: On the plate instead of in the tank) or for international food production (read: Why it pays to buy regionally). Some of the bee deaths can also be attributed to monocultures: they severely restrict the bees’ habitat and food diversity. Here we recall Rukwied’s argument: (massive) livestock farming is important for biodiversity.

“In the end, food feeds us humans indirectly”

Asked by the taz if it wouldn’t be better if we fed the people with fodder grains, Rukwied replied, “Ultimately, food also feeds us humans indirectly. At the end of the chain we have high-quality and regional foods: milk, dairy products, meat products. and we also need them for a balanced diet.“

Does animal feed feed us humans? Yes, but only indirectly. Greenpeace reported: “With just 10 percent fewer animals in EU agriculture, 16 million tonnes of wheat could be used as bread wheat instead of animal feed, the equivalent of last year’s wheat exports from Ukraine. . This could save 160 million people from imminent famine.”

We also disagree with Rukwied on another point: a balanced diet is also possible without animal products, as the vegan food pyramid shows. In fact, meat consumption in Germany exceeds the level of 300 to 600 grams per week recommended by the German Nutrition Society.

There are many reasons to avoid meat and other animal products:

Also read: Giving up meat: what it means for your health and 5 common arguments for eating meat – NO.

In relation to vegan nutrition, the nutrient deficiency argument is repeatedly mentioned. Some nutrients are really critical when following a vegan diet without researching your nutritional needs. However, this should also be done by people who eat an omnivorous diet; many people forget this over and over again, which is why there are countless omnivores who eat an unbalanced diet.

Rukwied itself does not encourage people to eat less meat. But the grain can also be saved in other ways. The taz suggests that no more plants be grown for agrofuels, then you would have about five percent additional agricultural land for food production in one fell swoop. But instead of doing that, Rukwied wants to use ecological focus areas to farm for both animal feed and energy needs.

At the present time, many people have to make compromises. But it should not be that we use the land to grow animal feed and biofuels, which are of great importance for biodiversity and species protection. It would be better: eat less meat, not waste food and drive less, or slower. Also read: Heat, meat, gas: now there are no more excuses.