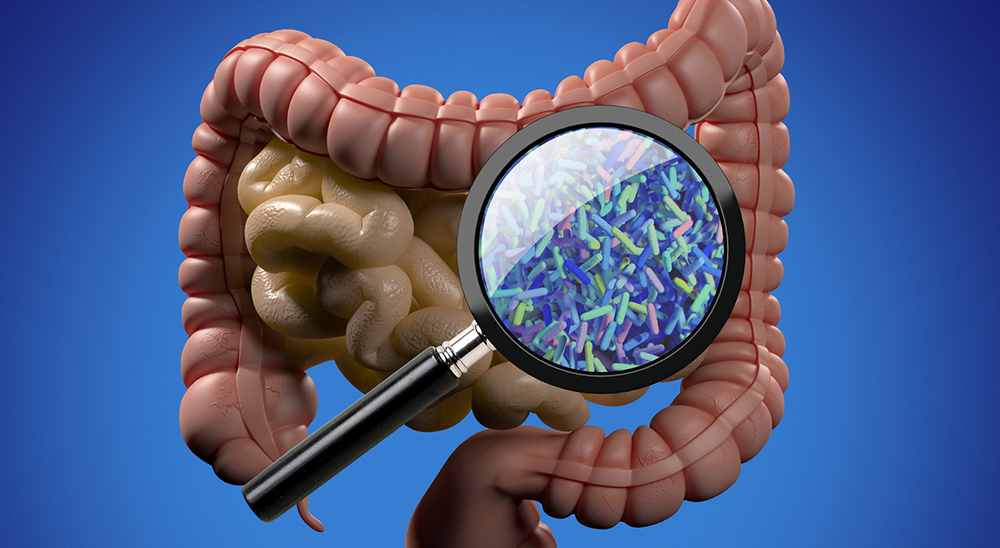 Far-reaching influence: The intestinal flora not only directly influences our digestion, but even changes the genes and cells of the intestinal wall. If there are no intestinal bacteria, the intestinal cells stimulate their own fat burning and therefore consume a greater proportion of the digested fats, if the intestinal flora is present, instead, more fats are passed to the body. That could explain why some mice and humans stay leaner than others on the same diet.

The bacteria in our intestines are important factors influencing our health: Gut flora manipulate our appetite, produce harmful or health-promoting metabolic products, and influence how easily we gain or lose weight. For example, if you transfer gut bacteria from an overweight mouse to a lean one, it too will gain weight despite eating the same food. The dreaded yo-yo effect is also closely related to the intestinal flora.

But the influence of gut bacteria reaches down to the level of our genes, as Colin Lickwar of Duke University and colleagues have now discovered. For their study, they first fed normal and then high-fat foods to mice with normal gut flora and germ-free intestines. They then analyzed the gene activity and protein production of cells in the intestinal wall using cell samples from the small intestine.

It turned out that the sudden intake of high-fat foods also changed the genetic activity of the intestinal cells in both groups of mice. As expected, genes that are important for fat digestion became more active in the cells. However, there were striking differences: In the mice with gut flora, different genes were activated than in the germ-free animals. “We were surprised that the intestinal epithelium reacted to fat input with a completely different set of genes, depending on whether microbes were present in the gut or not,” says Lickwars’s colleague John Rawls.

Further analysis also revealed which genes were affected: Without the influence of gut microbes, genes for fat oxidation were more active in gut cells; therefore, the cells were actively burning fat. With the intestinal flora, on the other hand, the oxidation of fats in the intestinal cells was inhibited. This confirms previous studies that showed certain bacteria can inhibit fat burning in human cells, the team explains.

Influence even on the composition of the intestinal mucosa

These results demonstrate that our fat digestion and perhaps even the composition of our intestinal mucosa is influenced down to the genetic level by an interaction of diet and intestinal flora. The amount of fat absorbed and transmitted by the intestinal cells depends not only on the fat content of the food, but also on whether and which microbes are present in the intestine.

And not only that: the altered gene activity could even influence how intestinal cells develop and what types of cells are present in the intestinal wall. Because among the gene products that are produced to a greater or lesser degree, there are also messenger substances that regulate the differentiation of progenitor cells in the intestinal mucosa. “A whole series of recent studies show that this has the ability to not only change individual genetic programs, but also the overall architecture of the small intestine,” says Lickwar.

“The gut is a fascinating interface between an animal and its environment,” says Rawls. “It receives information from both the food you eat and the microbes it harbors.” The team assumes that their findings can also be transferred to the human intestine, because digestion and the intestinal mucosa are very similar in mice and humans.

According to the researchers, the genetic influence of gut bacteria could also explain why gut flora has such a major impact on obesity: Altered genetic activity of gut cells may also play a role in the fact that some people barely gain weight. weight even on a high-fat diet. (Gastroenterology and Cellular and Molecular Hepatology, 2022; doi: 10.1016/j.jcmgh.2022.04.013)