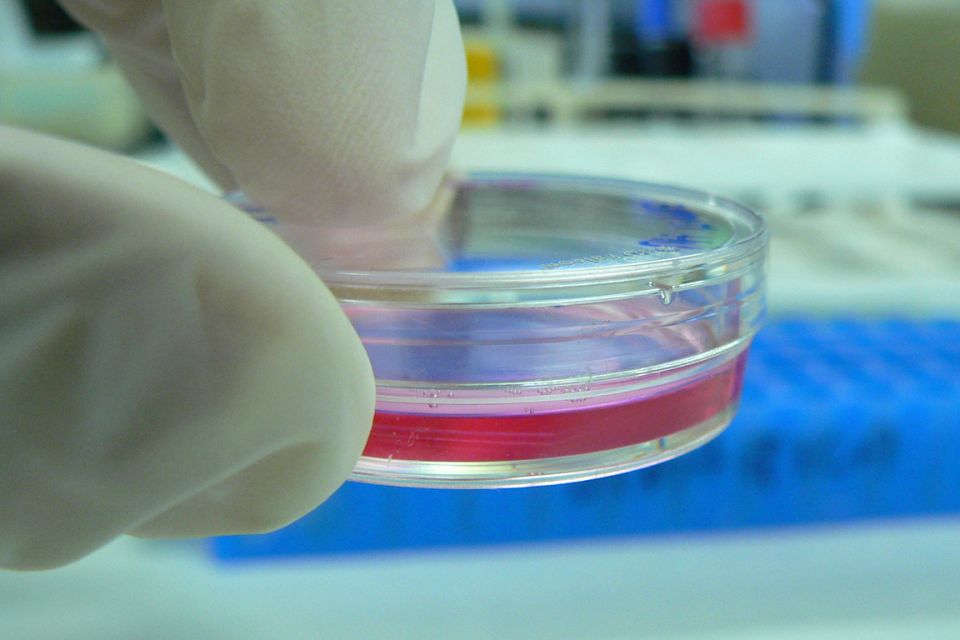 Land and water consumption, as well as greenhouse gas emissions, could each fall by four-fifths if the diet were optimized from an environmental point of view. Finnish researchers have not yet been able to convincingly show whether this will also work when the meat comes out of the retort in the future.

Milk from cell cultures and proteins produced by bacteria are among what the researchers call “new and future foods.” (Photo: Umberto Salvagnin/​Flickr)

What can a different way of life do for climate protection? For the first time, the most recent Intergovernmental Panel on Climate Change interim report also provides a figure for this much-discussed question: COtwo-Emissions fall as consumer demand for energy and other goods shifts toward climate-friendly goods. This includes energy efficient buildings, more compact infrastructure for short distances, but also a different diet.

When it comes to nutrition, the amount of meat consumption is usually discussed. However, even vegans do not eat a diet completely free of greenhouse gases. Finnish researchers chose a different approach in a publication that is now published in the specialized journal Natural food published study.

They replaced the usual mixed diet with a high animal content for a diet optimized according to environmental aspects. The result: Land and water consumption, as well as greenhouse gas emissions, could each be reduced by around 80 percent.

To compare it with the average European food, the researchers chose not only a purely plant-based diet, i.e. vegan, but also one based on novel foods, so-called “new and future foods”. Insects, milk from cell cultures or microbial proteins also end up on the table.

Such substitute products can provide nutrients otherwise found primarily in animal products. Because even according to the present study, it is not possible to cover the requirements of all essential nutrients, including vitamins D and B12, with a purely vegan diet.

The researchers used an optimized omnivorous diet as a third comparison system. In the study, this is similar to a vegan diet, but includes smaller amounts of animal products, especially dairy, to meet all essential nutrient needs.

However, it is not yet possible to say exactly how environmentally and climate friendly the “Foods of the Future” are. Florian Humpenöder of the Potsdam Institute for Climate Impact Research points out that the environmental impact assessment in the study is based on general factors for greenhouse gas emissions, land use and water consumption.

According to the land use expert, there is greater uncertainty about the environmental impact of new foods that are still under development, such as milk from cell cultures.

For the economist, energy consumption is a central factor that determines the environmental friendliness of new foods. “Because instead of feeding the animals, which then provide milk and meat, more energy is required in the production process of cellular agriculture, for example to heat bioreactors. Therefore, greenhouse gas emissions from new foods depend significantly on the availability of low-carbon energy.” sources,” he concludes.

Agricultural economist Matin Qaim, director of the Center for Development Research at the University of Bonn, also sees Future Foods as an advantage in the study because they are often still in development. The study only deals with the mathematical optimization of nutrition plans.

“The results show what could be theoretically possible and not what can really be expected in the near future,” says the agricultural researcher, discouraging any expectations. “That is why the calculated savings in environmental impact are also higher here than in previous studies.”

It remains to be seen for Qaim whether all people in Europe will actually get a large part of their nutrients from insect meal, algae or in vitro cultures in the future.

Franziska Gaupp, an environmental economist and managing director of the Food System Economics Commission research group, also complains that the study looks at land and water consumption and the greenhouse gases caused, but misses the important factor of consumption. of energy.

“Cultured meat production, for example, uses more energy than conventional meat production,” explains Gaupp, who also highlights: “The study confirms that meat consumption is the most important factor in terms of negative environmental impact on our diet”.

According to the Finnish researchers, the partial or total renunciation of meat alone contributes about 60 percent to the positive environmental balance of an optimized diet.

From a climate policy point of view, a low-meat or no-meat diet is a similar “big point” as in the case of mobility, the general refusal to fly, or, in the case of living, the refusal of famous bachelorette -Family house in the countryside. All this together does not make life climate neutral, but it removes the biggest burden.