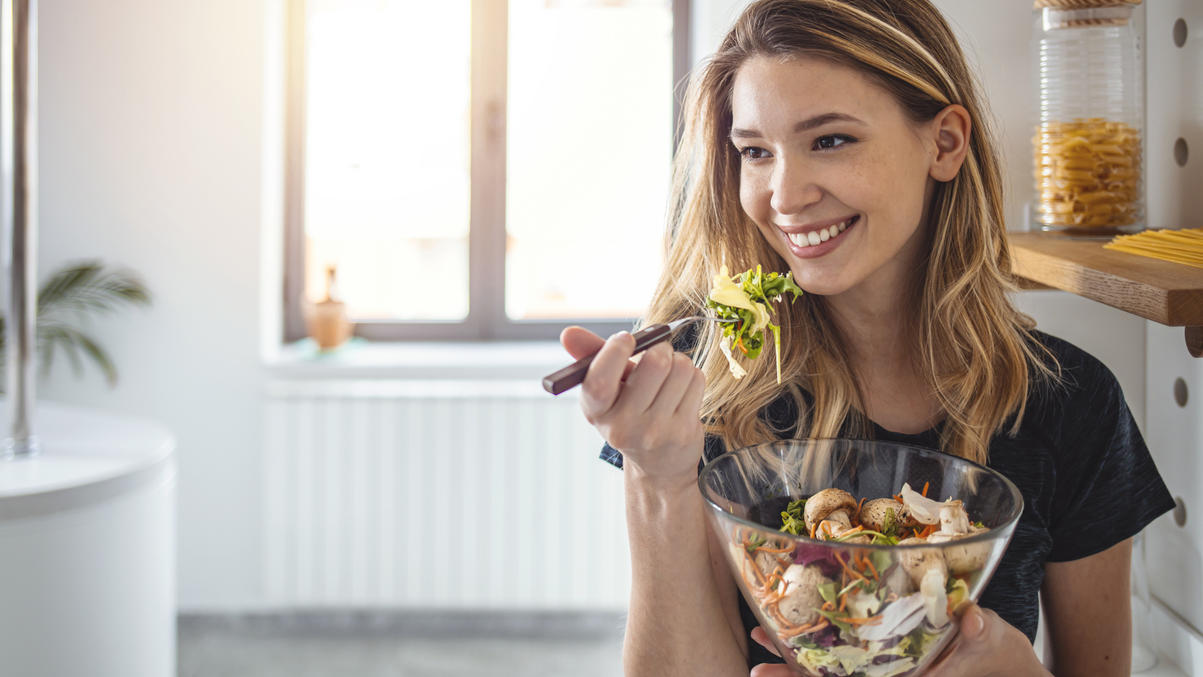 More and more people are eating vegan because they want to protect the climate and contribute to animal welfare by not eating animal products. However, Finnish researchers have now found that we don’t have to give up meat to live sustainably. The ecologically optimized diet, with which we could reduce greenhouse gas emissions by up to 80 percent, is much better.

How what we eat affects the climate

There is hardly a topic that is talked about as much as diet: Our diet not only has a significant influence on our health and our weight. The way we eat also influences the emission of greenhouse gases such as CO2 and water consumption. Above all, the high consumption of meat is repeatedly criticized because meat production has a significant impact on the environment and climate.

Because the fact is that farming in particular releases a lot of methane, which directly contributes to global warming. On the other hand, the high demand for foods such as soybeans is contributing to the fact that more and more virgin forests are being cut down for the required cultivation areas. And the fewer forests there are as climate buffers, the faster global warming will progress. Furthermore, around 15,000 liters of water are required to produce a kilogram of beef.

Therefore, more and more people are making the conscious decision not to eat meat. The number of vegetarians and vegans has steadily increased in recent years. The main reason why many people do without animal products such as meat, fish, dairy products, eggs and honey is to contribute to the protection of animals and the climate.

But do we really have to give up all animal products to prevent global warming? And which form of nutrition is really the most sustainable? Finnish researchers at the University of Helsinki examined this in a study.

Researchers are investigating how ecologically optimized forms of nutrition affect the environment.

As part of the study, scientists at the University of Helsinki examined how three ecologically optimized forms of nutrition affect the environment. This is compared to the current average diet of people in Europe.

In this case, optimized means that the diet has been prepared in such a way that the load on the environment (such as water consumption or CO2 emissions) is reduced as much as possible, but at the same time the supply of all Important Nutrients Guaranteed. For example, meat eaters in the study were still allowed to eat meat, but less so than the average European population. The team then compared the values ​​to those of an average diet for people in Europe, using data from the European Food Safety Authority (EFSA) as a guide.

The environmental impacts of an optimized diet containing animal products (“omnivore diet”), an optimized vegan diet, and a novel food-based diet (Novel/Future Food or NFF) were examined. Novel Foods (NFF) means lab-grown meat, eggs and milk, but also foods based on microalgae or insects such as grasshoppers and mealworms.

Advice: Reduce CO2 in everyday life: everyone can do something for the climate that easily

What diet is the best for our climate?

The scientists have now published the result in the journal “Nature Food”: Through an ecologically optimized diet instead of conventional animal nutrition, the emission of greenhouse gases, but also water consumption and land use could be reduced by more than 80 percent. Both through an optimized vegan diet and an optimized omnivorous diet, in which meat consumption is allowed in moderation.

According to Rachel Mazac’s team, the reduction of meat consumption or even the complete renunciation alone accounts for about 60 percent of the positive balance of ecologically optimized forms of nutrition.

However, a diet based on so-called novel foods (NFFs) reduced consumption even more significantly, by up to 87 percent. The researchers write that this diet is not only climate and environmental friendly, but also nutritionally sound. “Compared to currently available plant-based protein-rich options such as legumes and grains, NFFs may contain a more complete spectrum of essential nutrients such as protein, calcium, vitamin B12, and omega-3 polyunsaturated fatty acids.”

Reading tip: Spices and substitutes help! These hacks will help you live (more) vegetarian in the future

Less is more, especially when it comes to meat and sausages

However, it remains to be seen whether people in Europe really want to and will get a large part of their nutrients from insect meal, algae or lab-grown meat. In the context of the cross-cultural importance of foods of animal origin, it can be difficult to change the diet in general, the Finnish research team also notes. However, the study offers a good insight into what could be achieved with a more sustainable diet.

And the study also makes it clear that even small steps can make a big difference: for example, if you cut out one or two servings of meat a week, or fill your plate halfway with vegetables and only a quarter with meat and Garrison. dishes, you can make an important contribution to protecting the environment and climate. Anyone who sticks to the 300-600 grams of meat and sausage per week recommended by the German Nutrition Society (DGE) is also doing something good for their health.

Reading tip: Simple tips for everyday life: How to start with a healthier diet