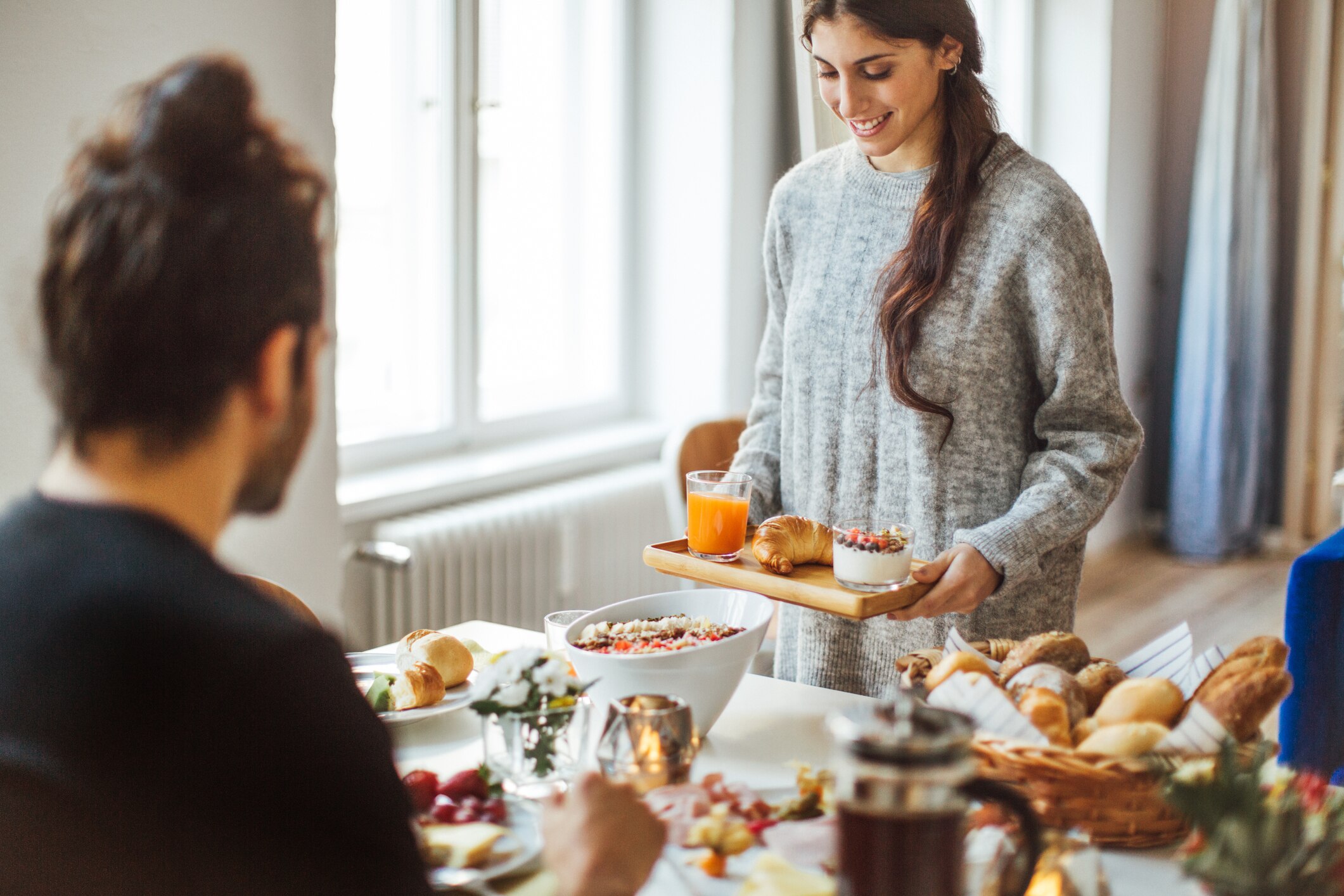 Intermittent fasting, that is, not eating for a limited period of time, is considered to promote health and increase the chances of a longer life. But which meal should you skip: breakfast or dinner? A new study provides information.

Numerous studies are trying to find the formula for a longer life. When it comes to nutrition, what counts above all are healthy foods, combined with a slight caloric restriction, embedded in a specific mealtime window. A study by the University of Texas Southwestern Medical Center found which foods to skip to live longer. A German study also comes to this conclusion.

Study of nutrition and longevity in mice

Mice usually live about two years. This makes them perfect candidates to investigate simple dietary interventions that can extend their short lives. Over a four-year period, the scientists tested different strategies on hundreds of mice. The results were recently published in the journal “Science”.1 A first finding: Only a slightly reduced-calorie diet gave the animals a 10 percent longer lifespan. By the way, this also applies to humans, as a Yale study found earlier in the year (FITBOOK reported). Here it was shown that just 14 percent fewer calories a day are enough to activate “anti-aging processes” in cells.

With intermittent fasting, you can generally eat within an 8-hour window while fasting for the remaining 16 hours. This means: one of the three usual main meals should be avoided. Most people choose to skip breakfast because it’s easier. In the case of mice, it turned out that if you only feed them at their most active time, in their case at night, their life expectancy increases by 35 percent. They won an impressive nine months. “For humans, an analogous plan would limit eating to the time of day,” reads a university statement.two That means: Start your day with a good breakfast, then a healthy lunch, and then go to bed without dinner.

Also interesting: What is resveratrol and what does it do to fight aging?

Eat less at the right time

The research team describes their study as “promising and groundbreaking,” so it’s not just about what and how much we eat, but more about when. Previously known experiments in animals and humans report weight loss, better glucose regulation, lower blood pressure, and reduced inflammation. Scientists are just beginning to understand how caloric restriction slows aging at the cellular and genetic levels. The older an animal or human gets, the more active the inflammatory genes become. However, if we eat at our most active time of day, that is, exclusively in the morning and at noon, not eating at night seems to extremely slow down the aging process of the cells.

Also interesting: The two most important nutritional rules for a long life

Can our internal clock be changed with a pill?

Of all the meals, dinner is probably the one that very few people want to do without, even to live longer. Lead author Professor Joseph Takahashi therefore hopes that the problem can soon be solved with a kind of “cheat pill”: “If we find a drug that can change the biological clock, we can test it in the laboratory and see if it prolongs life.” However: Residents of “Blue Zones” (regions where people age particularly) like to eat a lot, abundantly, and late at night (FITBOOK reported), so the maintenance effect should not be underestimated of youth of enjoyment and sociability.

A crossover study that was recently presented at the Congress of the German Diabetes Society (DDG) once again emphasizes the positive health effect of evening fasting. Researchers at the German Institute for Human Nutrition (DIfE) Potsdam-Rehbrücke compared, among other things, the blood sugar levels of 30 overweight subjects who fasted in the morning or in the evening for two weeks. Meal times were limited from 1:00 p.m. to 9:00 p.m. and from 8:00 a.m. to 4:00 p.m.

Intermittent fasting led to moderate weight loss in both groups: the early fat group lost 1.1 kilograms, the late group lost 0.7 kilograms. On average, the participants consumed 100 to 200 fewer calories. In women who didn’t eat at night, blood sugar levels dropped by 18 percent. By contrast, it increased by 33 percent in study participants who skipped breakfast. This result is not only relevant for diabetics. Study author Olga Ramich of DIfE sees this as a possible way to effectively lose or manage weight.3