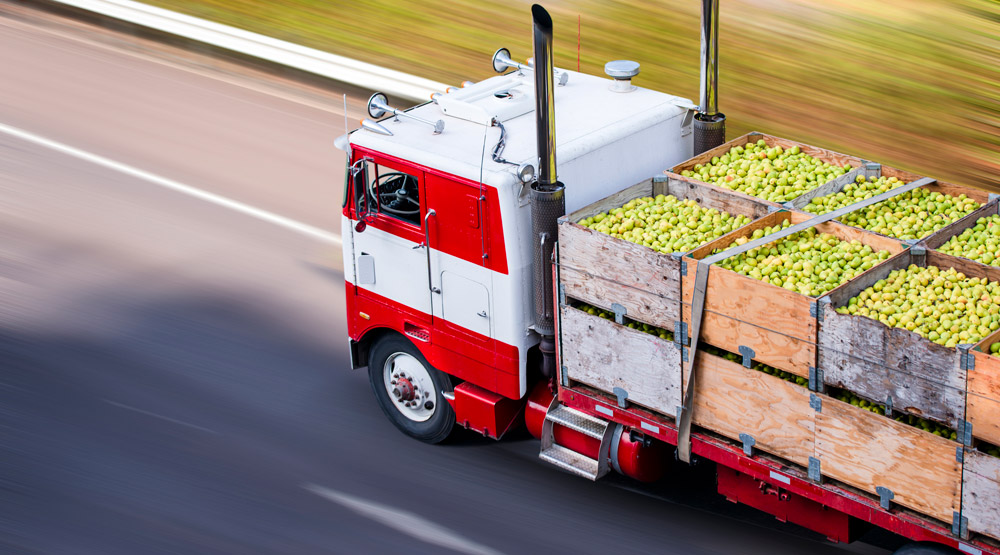 The road is the problem: The transport of fruits, vegetables, grains and the like accounts for a disproportionately large share of CO2 emissions from global food production, a study reveals. Therefore, the international and national transport of food is responsible for around 30 percent of emissions in the food sector and six percent of global CO2 emissions. The CO2 footprint is significantly higher than that of other products, as the team reports in the specialist magazine “Nature Food”.

Whether it’s bananas from Central America, avocados from the Middle East or kiwis from New Zealand, many of our foods are imported and come from far away. As in other sectors of the economy, world trade transfers the problems generated by consumption in rich countries to other regions. This applies to environmental impacts such as lack of water, loss of species or deforestation, as well as CO2 emissions generated by growing and processing food.

A closer look at food shipments

Mengyu Li of the University of Sydney and colleagues have now examined a hitherto underestimated aspect of the ecological balance of food production. In view of the increasing proportion of imported food, some of which is traded over long distances, they wanted to know what CO2 emissions are attributable to global food transport. To do this, they developed a computer model that reconstructs the global food trade network based on global and national data on supply chains, emissions and transport routes.

Using this model, the researchers determined the CO2 balance and food transport routes globally and in 74 countries, for 37 different economic sectors and four types of transport. In total, they evaluated around 30 million direct business connections. From this, the team was able to determine the length of transport routes and the volume of goods transported for a wide variety of foods and countries.

More transport emissions than other goods

The result is a model that shows the flows and quantities of transport throughout the food sector globally. Thus, the food sector is responsible for emissions of around 15.8 gigatonnes of CO2 per year, with around three gigatonnes attributable to national and international food transport alone. “This value is 3.5 to 7.5 times larger than previous estimates,” Li and his colleagues report.

In addition, transportation accounts for a disproportionately high share of about 19 percent of the total greenhouse gas budget for food production, including all effects of land use. “This means that emissions from transport in the food sector are much higher than those from other goods: in general, freight transport is only responsible for around seven percent of the CO2 balance of industry and the production of goods. “explains the team.

Fruits and vegetables are particularly high in CO2

CO2 emissions are particularly high when fruits and vegetables are transported: because they are heavy, often transported long distances, and must be cooled, transporting these foods has a disproportionately large impact on the greenhouse gas balance. “Transportation of vegetables and fruits more than doubles its production-related emissions from 0.5 gigatons of CO2 equivalent to 1.1 gigatons annually,” Li and his colleagues report.

However, when comparing different countries and regions, there are clear differences. According to this, the US, China, India and Russia account for the largest share of transport-related emissions from the food industry, but smaller, richer countries also make a significant contribution: “The richest countries account for around 12 .5 percent of the world’s population. , but with 46 percent of food kilometers traveled internationally and associated emissions,” the research team writes.

According to scientists, not only should meat consumption be reduced for more climate-friendly food production, but also the extension of long-distance food transport. “Until now, research on more sustainable food production has focused primarily on comparing animal-based versus plant-based nutrition,” says Li’s colleague David Raubenheimer. “Our study now shows that the switch to a more regional and local diet makes sense.”

In addition to politics and business, consumers are also asked here: if they accept that seasonal fruits and vegetables are not available locally all year round, this could save many long-distance transports of said foods. At the same time, it is also the task of retailers, food chains and other providers to increase the proportion of locally produced food in stores and make them more attractive to customers. “If we change people’s attitude and behavior towards sustainable nutrition, this will benefit the environment on a large scale,” says Raubenheimer. (Natural Food, 2022; doi: 10.1038/s43016-022-00531-w)