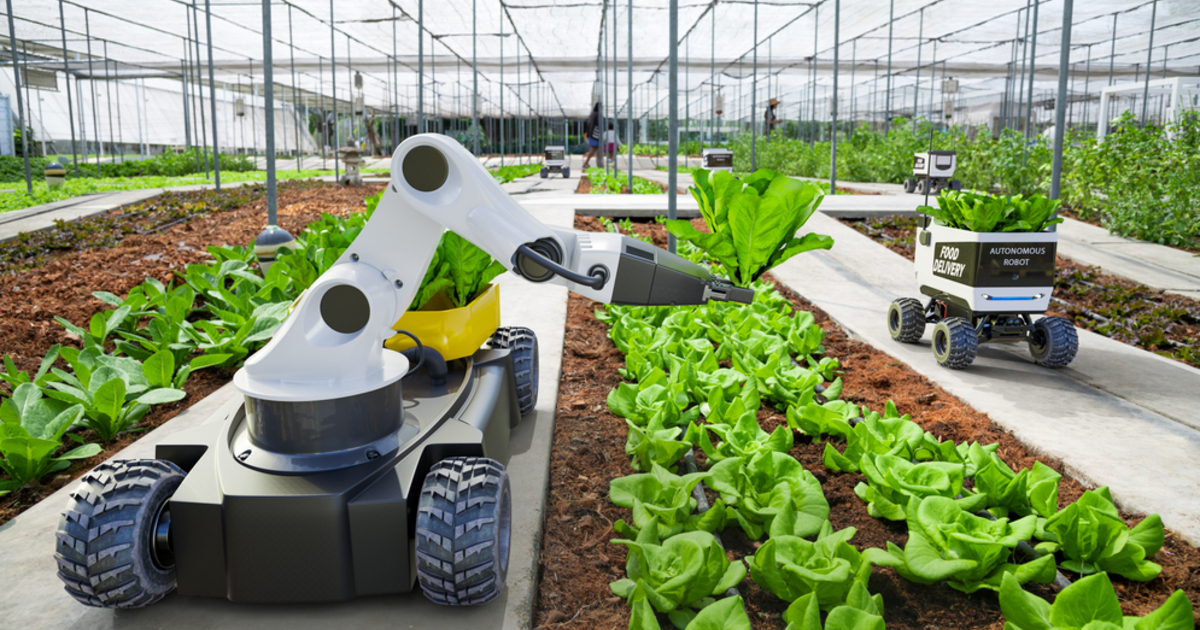 To feed the world’s growing population, food production must increase by 68% by 2050. And that’s not the only challenge: another problem is the fact that the middle class is growing, which generally means a greater need for meat compared to grains and vegetables.

Meeting the growing demand for food, especially meat, is putting enormous pressure on our already struggling planet, especially considering that the food industry accounts for 26% of total global greenhouse gas emissions. (Agriculture, forestry, and land use account for 18.4 percent; the rest comes from industries like packaging, refrigeration, and transportation.)

Perhaps the simplest solution at hand would be to transition to a plant-based diet. Studies show that going meat and dairy free is the most effective way for each and every one of us to help protect the environment. But literally motivating billions of people overnight to become vegan in the future is unlikely at best. Ultimately, the consumption of meat and dairy products is firmly entrenched in most cultures.

Therefore, it is clear that we urgently need new and innovative solutions for the reconversion of farmers and food production. The following two broadly outlined trends could help revolutionize our food system.

The development of new farming methods could help the agricultural industry reduce its environmental damage while increasing productivity. While previous incremental advances in agriculture were largely driven by mechanical improvements (meaning bigger, better machines) or genetic advances (better seeds, more potent fertilizer), the next big transformation will be driven by digital tools. . These include, for example:

A vivid practical example of precision agriculture is the collaboration between the Israeli company Phytech and the Swiss agrochemical company Syngeta. Together they have developed a monitoring system that uses sensors to monitor plant growth and soil moisture and enables farmers to take targeted action to achieve good harvest results and ensure long-term health of arable land.

Here are some other key trends to watch out for:

Did you know that a third of arable land is used to grow food for livestock rather than for humans? A statistic that invites reflection. With the development and promotion of new and innovative methods of meat production, land could increasingly be used to grow crops for human consumption, something that is sure to become even more urgent given the explosive growth of world population in the future.

This is where cultured (lab-grown animal tissue) and plant-based meat alternatives come into play. When it comes to plant-based meat substitutes, there are already signs that the market is booming. Fast-food chains like Burger King have embraced plant-based burgers as a staple of their menus, and vegan meat substitute pioneer Beyond Meat has had one of the most successful IPOs in history, raising the value of the company by $1.5 billion to $13 billion at the IPO. in less than three months. It is estimated that alternatives to meat could account for 10 percent of global meat production by 2029.

For those who don’t want to switch to plant-based meat substitutes, cultured meat (real meat purely genetic but derived from cell cultures) could be a viable alternative. Real meat without factory farming or animal slaughter? Sounds good. It has already started, and there are early signs that the market, and government regulators, are starting to buy into the idea. In 2020, Singapore became the first city-state to put lab-grown meat on sale.

The potential of 3D printing could also play a role in future food production. Barcelona-based startup Nova Meat is considered a pioneer in 3D-printed plant-based foods and has already unveiled the first vegan “steak” to use this technology, which appears to have the fibrous texture of real meats.

To find out more about these and other future developments, connect with me here at XING, visit my website www.bernardmarr.de, and read my book Business Trends in Practice: The 25+ Trends That are Redefining Organizations, which is currently in progress. voted Business Book of the Year.