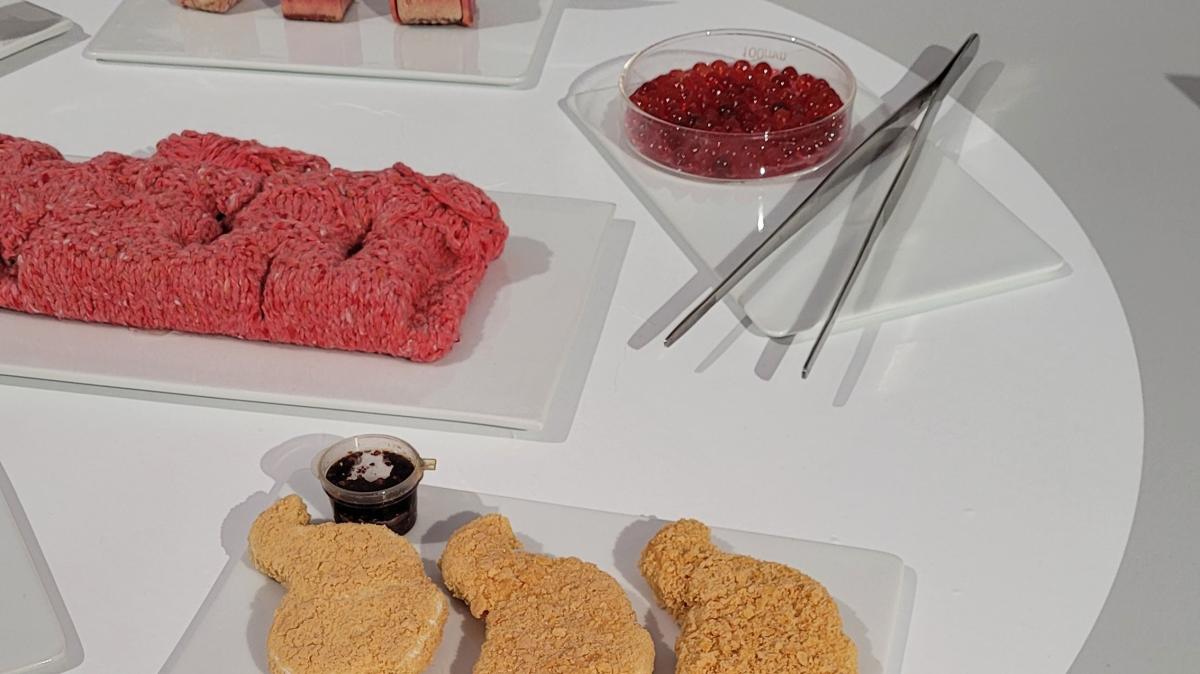 It is about religion, but also about other beliefs: vegetarianism, paleonutrition or fast food. What a look into the future the Ulm exhibition shows.

No, Leonardo da Vinci’s famous fresco “The Last Supper” was not moved to Ulm – the painting, which welcomes visitors to the new exhibition “Eating as a confession” at the Museum of Bread and Art – Forum World Food , was painted by Egidius Mengelberg based on Da Vinci’s painted depiction. The show, which actually starts on Sunday in the third attempt due to the pandemic, shows Essen as a commitment to belief in Judaism, Christianity and Islam, and shows ideological confessions and promises of salvation and belonging to the group among the Stone Age nutrition and the end of the world.

Marianne Honold curated the exhibition, which should have started about two years ago, and which has a huge scope: the joy of life and connection that a joint dinner with friends signifies is just as important here as the worldviews expressed through diet. In two tables, the keywords “kosher” and “halal and haram” refer to religious rituals, dietary laws of Judaism and Islam, the observance of which is an expression of one’s connection with God.

A third table describes the Christian fasting and baking traditions and their symbolism. Visitors to the exhibition encounter Christian image motifs, sometimes used in a socially critical or ironic way, from medieval art to popular culture and the serial art of Ottmar Hörl. The treasures in the museum’s collections, such as Marc Chagall’s Sabbath gouache, are very tranquil; the clock has no hands in the motif where a Jewish man sits before bread and wine on the Sabbath. And at the end of the show, the exhibition wants visitors to make a very personal statement on paper plates: how do you feel about your diet?

The pigs are sitting around a table, with knives in their legs, and on the table there is a man sitting on a silver tray: Roland Straller is tough on the meat-eating society, and the message that in Poland before two years the pigs actually ate their farmers. Deceptively real knitted meat by Alberto Gruarin and synthetically raised in vitro meat raise questions about future forms of nutrition, while exhibits of vegetarianism a hundred years ago, such as Friedrich Eduard Blitz’s “People in the State of the Future,” do than an understandable religious and euphemistic ideology.

For non-religious nutrition trends, Marianne Honold has chosen the prepper movement, paleo nutrition and fast food from the USA, with their respective guides and promises. She also includes: “The Cookbook for Emergencies and Crises”, prepared according to the recommendations of the Federal Office for Civil Protection and Disaster Assistance. At a price of less than ten euros, it seems almost modest next to “Weber’s Grillbibel”.