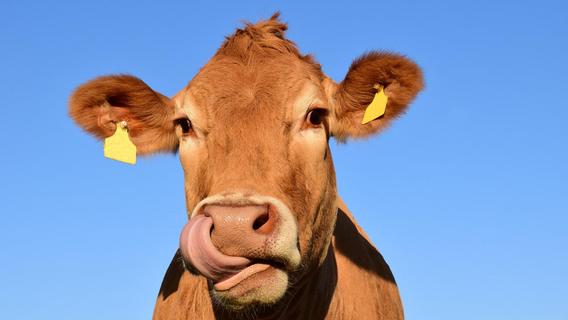 – A deficiency of vitamin B12 is not uncommon in Germany. One in ten has a deficiency. What consequences can result from this and what are the causes?

The body needs vitamin B12 for energy metabolism, to develop nerve cells, and to form blood cells. Furthermore, vitamin B12 is one of the few vitamins that the human body cannot produce on its own. A deficiency of vitamin B12 can lead to fatigue, weakness, anemia, or even nerve disorders or damage. All about the symptoms, causes and treatment options can be found in the following article.

A B12 deficiency often only becomes apparent years after the start of the lack of supply. Symptoms are varied and often not easy to diagnose. However, the typical consequences of an insufficient supply of B12 can be:

the symptom of a vitamin B12 deficiency can, in particular, eyes, nerves, hair and muscles to affect. The classic symptoms of a vitamin B12 deficiency are, for example, skin changes such as tears at the corners of the lips. One of the first symptoms is anemia (anemia). Those affected do not lack blood in general, but certain blood components. As a result, oxygen transport in the body works worse. Therefore, anemic people quickly become exhausted and dizzy.

Anemia can develop for many different reasons, one of which is vitamin B12 deficiency. On examination, it is not always immediately apparent that a B12 deficiency is the reason, as many patients have an iron deficiency at the same time, which can mask this.

If people take in too little vitamin B12, the concentration of the amino acid homocysteine ​​in the blood increases. this counts as Risk factor for cardiovascular diseases such as high blood pressure, thrombosis or cerebrovascular accidents. However, in addition to vitamin B12, the lack of folic acid is also the cause of an increased value of homocysteine. Severe vitamin B12 deficiency can lead to psychological problems, such as depressed moods, symptoms of fatigue, attention deficits, or neurological symptoms (poor memory, altered perception).

Vitamin B12 deficiency: the causes

The most common causes of vitamin B12 deficiency are:

– lack of intake of vitamin B12 in vegan or vegetarian diets
– malnutrition in anorexia
– an increased need, for example in pregnant women
– lack of the protein “intrinsic factor” (for example, due to partial removal of the stomach)
– high alcohol consumption
– chronic inflammation of the stomach or intestines
– long-term therapy with certain drugs: omeprazole for stomach ulcers and heartburn and metformin for diabetes

With increasing age, the performance of the gastrointestinal tract decreases. As a result, vitamins can no longer be absorbed as well. At the age of 65, one in four people is affected by a vitamin B12 deficiency. This deficiency then doubles the risk of developing Alzheimer’s dementia in subsequent years.

In the so-called “pernicious anemia”, vitamin B12 deficiency is due to problems in the formation of the protein “intrinsic factor”, necessary for the absorption and transport of vitamin B12. Those affected usually have an autoimmune disease or chronic inflammation of the gastric mucosa.

How does the processing of vitamin B12 work in the body?

Vitamin B12 is through the Consumption of animal products or with the help of dietary supplements. Recorded. The vitamin is then released into the body through stomach acid and the digestive tract. the protein”intrinsic factor” transports vitamin B12 to the cells of the small intestine. From there it enters the bloodstream and the nerves.

Symptoms of vitamin B-12 deficiency are extensive and often diffuse. Those affected are often affected even before the defect is discovered. Severe anemia can even lead to sensory disturbances and heart problems, which is why it is even more important to have a identify the lack of supply in time.

For a long time, vitamin B12 deficiency was diagnosed by measuring the content of B12 in blood serum (ie, a component of blood). However, the holo-TC measurement, which measures vitamin B12 bound to a transport protein and thus usable, is more significant. However, as a rule, such a test is twice as expensive as the standard version.

What levels of vitamin B12 are healthy?

The estimated normal value for vitamin B12 intake increases with age: in infants only 0.5 micrograms (μg) per day is recommended, about 4.0 μg should be the value in the Jadolescence and adulthood be. in pregnant and lactating women increases the daily requirement of vitamin B12. During pregnancy, women should get 4.5 μg of vitamin B12 per day, and even around 5.5 μg during lactation. However, the recommended target values ​​are not always achieved. According to the National Consumption Study of the Max Rubner Institute, women consume an average of 3.8 μg and men 5.3 μg of vitamin B12 per day.

Vitamin B12 is an essential vitamin for humans. The body needs it for Formation of red blood cells and production of important neurotransmitters and new genetic material. (DNA). Since the human body cannot produce the vitamin on its own and has to obtain it from animal foods, vegans and vegetarians are at increased risk of vitamin B12 deficiency. If a vitamin B12 deficiency is detected early, it can be compensated with vitamin B12 supplements. The preparations can be administered as tablets, as a spray under the tongue, or as a syrup.

Treatment for vitamin B12 deficiency depends on the underlying cause. If the body simply cannot absorb enough vitamin B12, patients must take medication throughout their lives. If the deficiency is due to diet, you should change your diet or take vitamin B12 supplements.

For people who are vegan or vegetarian, it is particularly important to watch their vitamin B12 supply. Since the vitamin is mainly ingested with animal products through food, it is necessary to take adequate dietary supplements. Since the body simply excretes unused doses of B12, an overdose is virtually impossible. However, even when small amounts are taken, only part of the dose is absorbed by the body. That is why some preparations are found in high doses to effectively prevent a vitamin B12 deficiency.

It does not matter when vitamin B12 supplements are taken during the day. The time of day influences the effectiveness of the preparations. At the same time, it is also safe to take on an empty stomach.

What foods contain vitamin B12?

Vitamin B12 is found almost exclusively in animal products.

Plant foods such as legumes or vegetables do not contain vitamin B12. However, there are also vegetable sources of vitamin B12 in the form of seaweed (nori) or shiitake mushrooms. However, until now it is not clear how much vitamin B12 is actually in food and how well it can be used by the human body.