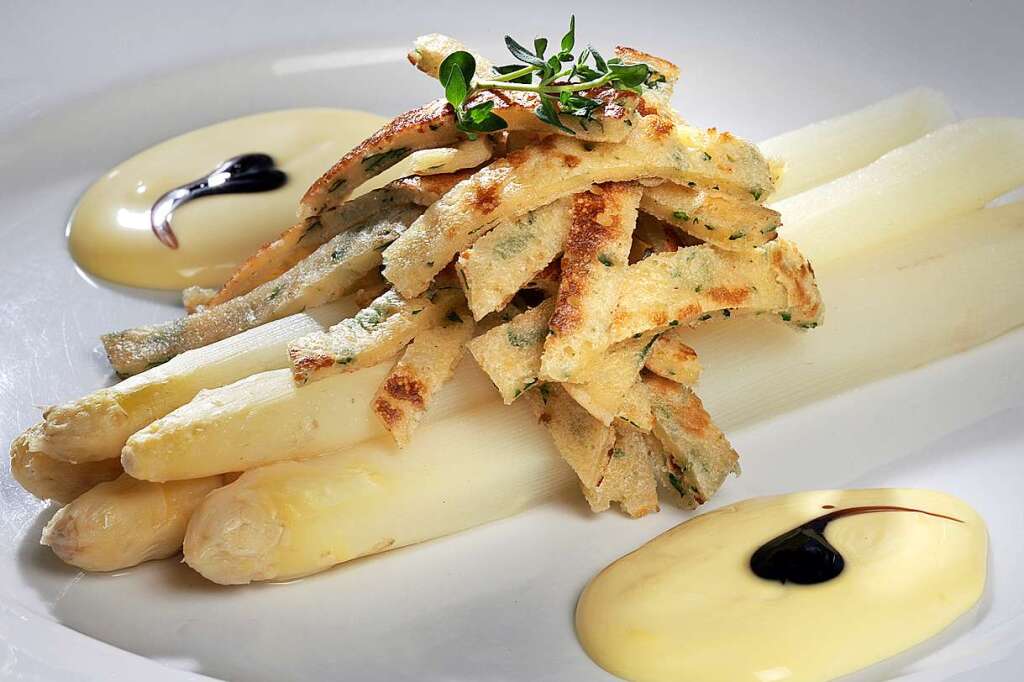 Asparagus is a complete treat, apart from the fact that many people’s urine smells strong afterward. Asparagus acid is to blame, and a certain dessert can help.

After the asparagus menu, many people remember not only the tender heads and delicious hollandaise sauce, but also the strong smell of urine. How is it created?

Sulfur-containing compounds are formed when aspartic acid breaks down.

According to the Federal Center for Nutrition (BZfE), asparagus acid, which occurs naturally in asparagus, is responsible. It breaks down in the body, forming sulfur-containing compounds. They are excreted in the urine.

However, this does not happen to everyone. While some asparagus fans crinkle their noses when they go to the bathroom, others don’t smell the slightest scent of the prized vegetable. According to the BZfE, the answer lies in the enzyme that breaks down asparagus acid in the body. Only one in two people have that in their genetic makeup. If she doesn’t have it, she doesn’t have to struggle with asparagus urine.

Sensitivity to smell is also a problem

However, the phenomenon has not been fully explained by science. According to the BZfE, there is also a theory that some people are simply less sensitive to the smell of their own urine.

However, there are also indications that the strong smell of asparagus in urine can be reduced by eating strawberries diligently. The BZfE refers to a Norwegian study that showed that urine from asparagus can smell less strongly and even slightly like strawberries.

The reason: a chemical reaction between secondary plant substances in strawberries and protein fragments in asparagus. This inhibits the formation of sulfur-containing compounds.

Although not all the details have been clarified: a large portion of strawberries for dessert or before the asparagus menu never hurts.

By the way: As asparagus has a draining effect, there are also dietary supplements with asparagus extract. These products can also make themselves felt in the urine, but in a different way. The consumer center notes that these products can turn urine orange or blue-green.