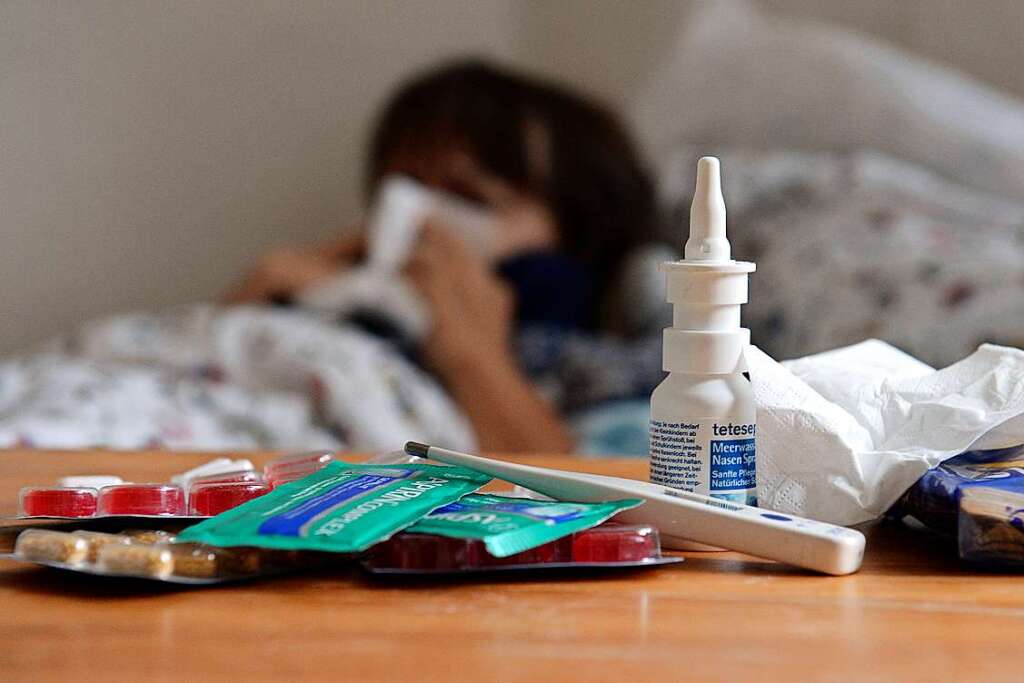 Some diseases have become rarer in the pandemic. But recently, some people have the impression that they get sick with unusual frequency. Are the body’s defenses out of practice?

Not again: children get sick every few weeks: colds, stomach and intestines, etc. And some adults also report feeling like they carry almost all colds with them right now. After two years of countless calls to action to prevent infections and with travel restrictions, many home office requirements and masks, coughs and colds may actually seem unusual. Especially at this time of year. But is there more? Have our immune systems forgotten how to defend themselves against pathogens due to lack of activity?

Many diseases such as influenza and whooping cough have become rare in the pandemic, says the president of the German Society for Infectious Diseases, Bernd Salzberger of the University Hospital Regensburg. In early 2021, an analysis by the Robert Koch Institute (RKI) of various notifiable diseases, from tuberculosis to hepatitis E, showed that around a third fewer cases were reported between March and early August 2020. than would have been expected based on the values ​​of the previous year – Covid-19 excluded. Respiratory diseases, for example, fell particularly sharply, which is also the result of corona measures such as masks and distance.

But what is the situation now, since droplets and aerosols and thus many pathogens can often be re-transmitted between people without hindrance? If you look at the data from the Influenza Task Force at the RKI, which, in addition to influenza and Covid-19, also deals with common cold pathogens such as rhinoviruses, you will notice unusual developments.

Influenza viruses, for example, have only increased in children since Easter, a time when the season is usually coming to an end. After the failed flu epidemic two seasons ago, the figures for 2021/22 still point to very moderate events overall.

The immune system was saved in the end, but not superfluously.

The curve for the estimated rate of respiratory diseases as a whole in the population reflects this to some extent: Since January it has been well above the 2021/21 season, which was heavily influenced by Corona, but never reached the heights of the three pre-pandemic seasons, when the flu epidemic otherwise dominated. Instead, it now looks like things are stretching further into spring: for the past few weeks, the RKI has shown higher values ​​than at this point in the previous four seasons.

“Currently we are not seeing any notable accumulation of respiratory illnesses in general practices.” Spokesperson for the German Association of General Practitioners

However, general practitioners do not see a situation completely out of the ordinary. “Currently we are not seeing any noticeable accumulation of respiratory diseases in general practices,” said a spokesman for the German Association of General Practitioners. “The situation can vary from region to region, which is why GPs there treat a particularly large number of patients with corresponding symptoms.” However, no clear trend can be identified at the national level.

“The immune system is not a muscle: it does not regress when it is not used or when it is used less.” carsten witzl

But what is the truth of the widely expressed suspicion that immune systems have been weakened by the pandemic or corona measures? “The immune system is not a muscle: It does not shrink back when it is not used or when it is used less,” says Carsten Watzl, Secretary General of the German Society for Immunology. The immune system has certainly been spared a bit in the last two years, but it has not become superfluous. “However, there was something to be done: People come into contact with pathogens not only through the respiratory tract, but also through the skin or food, so that the immune system is activated.”

The issue of the immune system is attracting attention

The immunologist has a different explanation: for some colds you just have to do it every two or three years. “Seasonal coronaviruses are an example of this. Anyone who hasn’t seen them in the last two years can now get several colds in a row. This is a catch-up effect, similar to what was seen with RSV infections in children in the fall.” past.” RSV stands for Respiratory Syncytial Virus. It can cause severe pneumonia and is especially dangerous for premature babies, infants and young children. A huge wave among children had also appeared in other countries.

The experts also see, also as a consequence of the pandemic, a greater attention to the subject and, as a result, possibly a modified subjective perception. “During the pandemic, many of us got used to not having colds for a long time. Even before that, it always affected us,” says Watzl.

The unusual outbreak of monkeypox currently being observed cannot be explained by immune systems in Western countries that are supposedly weakened by the pandemic, Watzl says. “It is rather the case that pathogens from the animal kingdom are spreading to humans with increasing frequency.” This is due to the fact that people are increasingly penetrating areas that were previously undeveloped, and to the many international travel movements. “We will see these kinds of diseases more often in the future. If you think about the emergence of Mers, Sars and Sars-CoV-2, monkeypox is pretty harmless,” says Watzl.

“Each influenza vaccine enhances our immune response to influenza infection and that is extremely important for high-risk patients.” Bernd Salzberger

From the point of view of scientists, caution is advised for next autumn: “If we have not come into contact with the flu in these years, it is possible that the virus “escapes” from us in evolution, so we will end up dealing with a virus that we know less about,” Salzberger says. But the immune system doesn’t forget old encounters so quickly.

Influenza antibodies barely decreased during the pandemic. However: “Vaccination fatigue this fall and winter would be remiss,” emphasizes Salzberger. “Each influenza vaccine enhances our immune response to influenza infection and that is extremely important for high-risk patients.”