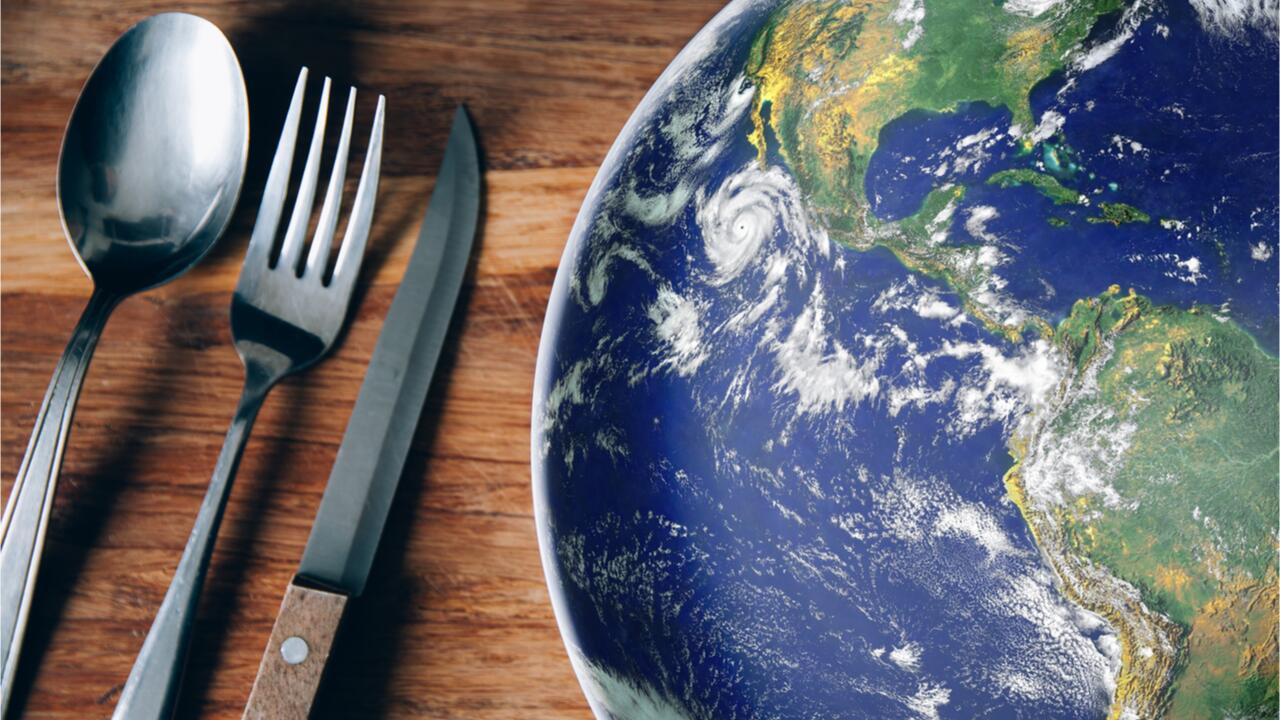 What we eat affects not only our own health, but also that of countless species. Data from a new study shows just how big an influence our eating habits are and what potential there is for a shift in consciousness.

Whether it is controversial palm oil or cheap meat with a questionable climate balance, it is well known that certain foods are not good for the CO₂ footprint. But how does the average German diet affect biological diversity? A new study by the environmental organization WWF sheds light on the footprint we leave with our food in terms of the diversity of all life in the country. The result: What we eat has a huge impact on biodiversity – and not only in this country, but also in distant regions.

Animal products have the greatest impact

The so-called biodiversity footprint as a value in the WWF survey is calculated in a relatively complex way. Generally speaking, it is about how much our diet affects natural areas with their animals and plants in Germany and worldwide. In figures, the specific effects of consuming different foods are as follows: Animal products such as meat, sausage, eggs or cheese make up by far the largest share of the footprint at 77%. Instead, only 23 percent result from the consumption of plant-based foods such as fruits, vegetables, cereals or nuts.

In the case of animal products, it is above all the large area requirement for feeding, which has a negative impact. “Everything we have on our plates or buy is produced somewhere and therefore needs space,” Tanja Dräger, nutrition expert at WWF Germany, told dpa. On the one hand, one depends on the services of an untouched nature, but on the other hand, one also puts oneself in danger. The result, summarizes the study, is that the higher the proportion of plant-based foods in the diet, the the smaller the biodiversity footprint it causes worldwide.

Experts have long seen a downward trend in biological diversity: The World Biodiversity Council (IPBES) warns that around a million animal and plant species could become extinct within a few decades. According to the panel of experts, our food systems play a key role here. They are responsible for 70 percent of biodiversity loss on land and 50 percent in rivers and lakes.

Nature in Brazil would benefit greatly

In addition to the current situation, the WWF survey also looks at how a change in the diet of Germans could benefit biological diversity. in a flexitarian diet, including limited consumption of animal products, our overall biodiversity footprint could be reduced by 18 percent worldwide, with more consistency vegetarian diet by a whopping 46 percent, in a vegetarian diet by 49 percent.

Nature in Brazil would therefore particularly benefit from a corresponding rethinking of the diet, not least because much less space would then be required to grow soybeans as animal feed.

Your health should benefit too

Whether it’s bees, possums or butterflies in Germany, orangutans in Malaysia, or anteaters and jaguars in Brazil, there are numerous species that could be protected through more conscious nutrition, emphasizes Dräger. “In this sense, there is great potential to contribute to the protection of habitats if the consumption of animal products is reduced. And it is also good for one’s own health.” Therefore, the study must create an awareness of what the consumption of food itself can do.

A new study by a team led by Ann-Katrin Betz of the Julius Maximilians University in Würzburg suggests that People in restaurants are more likely to eat climate-friendly food, whether it is also marked as such in the menu, they become aware of the benefits for the environment through their behavior as consumers.

In the survey, published in the Plos Clima magazine, 256 people chose between several hypothetical menus. They were shown to choose more climate-friendly dishes when carbon labeling was present and when components tended to consist of low-emission options.

However, Dräger emphasizes that the burden cannot fall solely on the shoulders of consumers. “Politics and business are in demand here.” Specifically, based on its results, WWF calls on the federal government to implement a nutrition strategy by 2023 and move towards a sustainability tax.

“Currently we are seeing that some plant-based foods or meat substitutes are more expensive than the meat itself,” Dräger says. In addition, the domestic cultivation of fruits, vegetables, nuts and legumes should be expanded.

Antje Risius, who researches sustainable eating styles at the University of Göttingen, sums up what each and every individual must do to protect biodiversity, and what politics and business must do: “Above all, start.” The efficient use of resources is crucial. A plant-based diet allows you to combine health, economic and environmental aspects.

For consumers, however, this means that information and products must be available. “Of course, those who set the framework conditions are the first in demand here, that is, politics and business,” says Risius. Creating fair framework conditions for a corresponding adjustment of eating habits is a task for society as a whole.