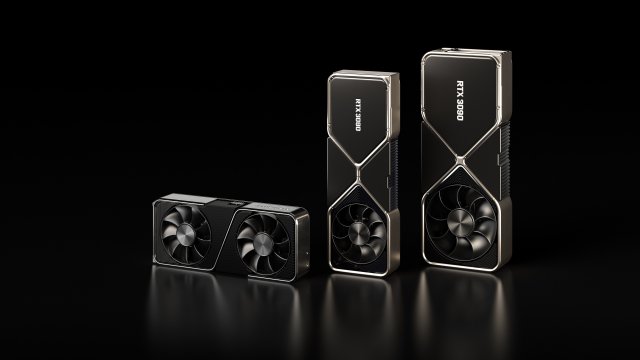 According to analyst Jon Peddie and his latest study published in Graphic Speak, there is hope for those looking to get a powerful graphics card at a reasonable price. The analyst is certain that GPU prices will fall in the future and explains the reasons why they have risen so much in the first place.

Who are to blame for the overpricing?

It is said that the average retail prices of graphics cards began to increase exponentially with the start of the Ethereum mining boom. At the time, miners were stocking up on GPUs, leading to a shortage of graphics cards and correspondingly high prices. The effect was further amplified by the onset of the global corona pandemic, as a result of which supply chains collapsed and stocks of graphics cards ran out. To make matters worse, it is said that resellers exploited this situation with the help of bots and took all available graphics cards to resell them through Ebay.

A chart by Jon Peddie showing average GPU prices over the past few years reveals that the big price increase started in 2019. At the end of the same year, the first cases of corona were also reported in China. Since then, affordable GPU prices have been far from reality. According to Jon Peddie’s chart, the average retail price for GPUs was just over US$400 in 2019, but reached nearly US$700 a year later, corresponding to an increase of around 75 percent. Even after that, there was no relief in sight, but rather an increase in prices.

However, Jon Peddie does not believe that supply bottlenecks are responsible for high card prices, but rather miners and resellers. The analyst explains that graphics card vendors are not benefiting from high prices. Rather, the profits should be reaped by retailers (Amazon, Bestbuy, Newegg, etc.) and resellers. For example, a while back, Bestbuy bundled Nvidia’s Ampere GPUs behind a $200 paywall, which benefited resellers more than anyone else, especially gamers.

At the moment, however, it can be seen that GPU prices are gradually falling. Jon Peddie believes that inflationary prices will calm down as retailers and resellers hold on to their excess inventory and don’t get rid of it. However, this takes time, so a lot of patience is required in this case.