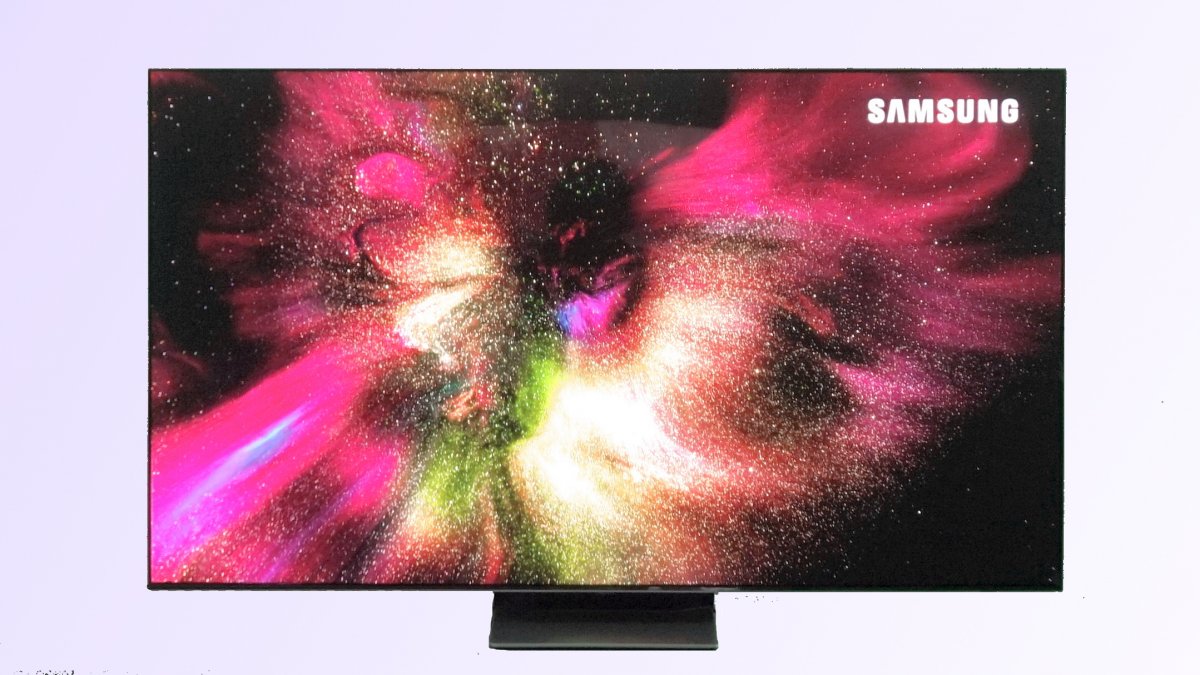 In the past, noticeable burn-in effects could sometimes be seen on TVs with OLED screens. On the other hand, this almost never happens on newer devices, which is also due to various countermeasures by manufacturers.

However, if you watch videos on TV with the same high-contrast picture content, i.e. logos or, for example, tagesschau24 with scroll bars at the bottom, you will probably also see burn-in damage on newer OLED TVs. after a while: Shadows appear in those places of the image, which previously had the logo or scrollbars bright for a long time. The culprit is the increased wear of the organic layer in these same places. However, there is one key difference between LG Display’s WOLEDs and Samsung Display’s QD-OLEDs.

With LG WOLEDs, “white” light is created by stacking organic layers that glow red, blue, green, and greenish-yellow, resulting in an overall white color. The color filters in this white-lighting layer structure return the color: for red subpixels, for example, the blue and green components are filtered out of the white light so that the red remains.

If a window or a logo remains on the screen for a longer time, the organic layers wear off at this point, and this to varying degrees depending on the color. Thus, the burned area not only becomes slightly darker, but also takes on a color tint.

In its new QD-OLEDs, Samsung only uses organic layers that glow blue. The light only becomes multicolored through the extra layer of quantum dots: the nanoparticles it contains are so-called photoluminescence sources, which produce red and green light when irradiated with blue light. So nothing is filtered here, but converted, which is why the QD-OLEDs should also shine brighter in principle. The color locus of the red and green sub-pixels is determined solely by the quantum dots, the light intensity (brightness) of the screen solely by the light intensity of the glowing blue organic layer.

If a shiny logo or frame remains on the image for a longer period of time, this puts pressure on the organic layer, as with WOLED. The QD-OLED also wears down, but there’s no color tint, just a slightly lower brightness. This partially decreasing light intensity can be relatively easily compensated for by applying more current to the affected areas. In OLEDs, how long and how brightly it shines is constantly recorded for each pixel and then adjusted accordingly with an algorithm: those that had to shine particularly for a particularly long time receive more energy.

Such calculations already existed in the days of plasma screens, where the phosphor layer also wore away due to constant bombardment. LG uses such algorithms in its WOLEDs as well, but it can only remove decreasing brightness, not color casts.

The wear of the organic layer affects the useful life of the screens in both WOLED and QD-OLED. However, lifespan, at least for WOLEDs, is now significantly longer than it was in the early days of big OLED TVs. Most TV manufacturers today offer a multi-year warranty on their devices without worry.

They are also able to do this because they don’t operate the screens at the limit, so any organic layer wear can easily be offset with more power. So-called cleaning measures also contribute to a longer service life. By the way, they use the algorithms mentioned above, among other things.

Read here what you can do to reduce the risk of burns:

Due to lack of experience, we still don’t know how QD-OLEDs perform in terms of lifespan. But it can be assumed that the world’s largest television manufacturer will not risk its reputation due to a new display technology. So QD-OLED TVs will likely have long lifespans as well.

The first device with Samsung’s new QD-OLED technology is Dell’s Alienware AW3423DW. c’t 3003 shows the strengths and weaknesses of the AW3423DW gaming monitor in the video.