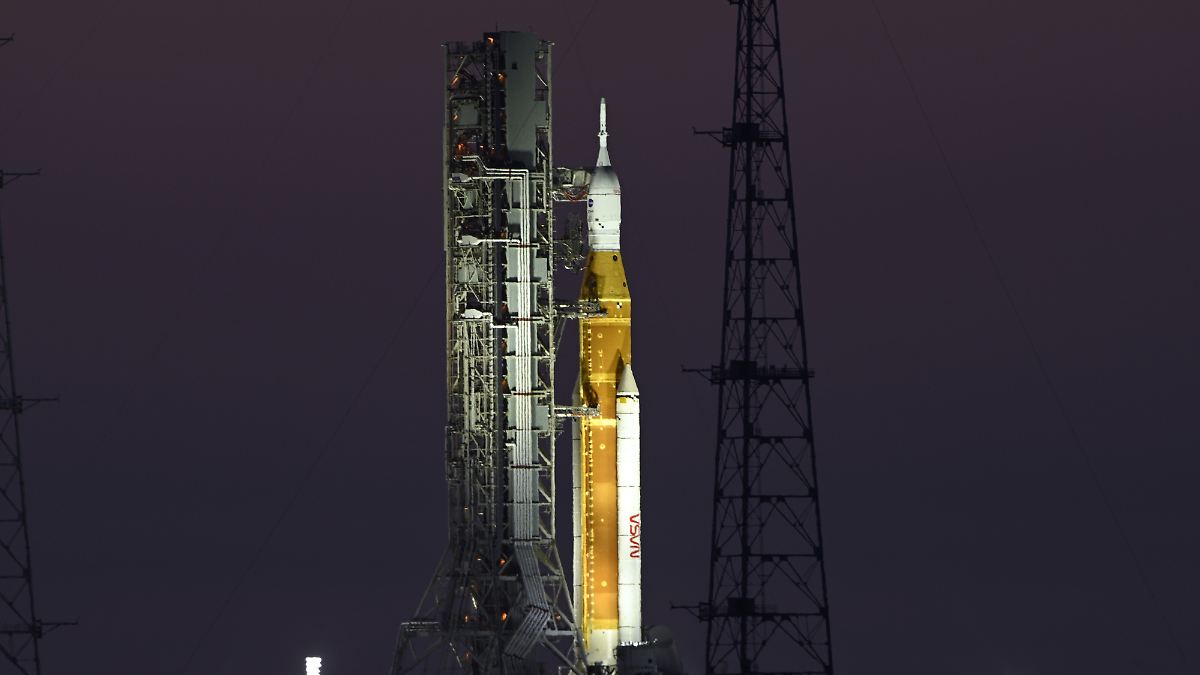 For the first time in 50 years, NASA wants to send astronauts back to the moon. Initially, however, the huge SLS rocket will be launched without a crew. For the planned missions to be a success, the US space agency begins the dress rehearsal.

The US space agency NASA has started major tests of its new giant SLS lunar rocket. The two-day tests at the Kennedy Space Center in the state of Florida include simulating a start countdown, NASA announced. It’s the dress rehearsal for the unmanned lunar mission Artemis 1, which is scheduled to begin in a few months.

The countdown had begun, the authority said. Data from this simulation should help determine a launch date for Artemis 1. NASA had initially announced that there would be a first launch window for the SLS rocket in May. In the meantime, though, a later summer date seems more likely. Artemis 1 is set to pave the way for renewed US manned lunar missions in the coming years.

During the tests, which will last until Sunday, the 98-meter-high rocket will be refueled with 2.6 million liters of fuel. This is extremely cooled liquid hydrogen and liquid oxygen. All other precautions that are necessary before the rocket is properly launched are also practiced. However, the rocket motors must not be fired. They had already been tested beforehand.

The astronauts will only be able to come in two years.

The countdown should stop about ten seconds before the end. With the final draining of fuel, a safe takeoff abort should be practiced in the event of technical problems or bad weather. A few days later, the Orion rocket and space capsule are scheduled to be returned to an assembly hall at the space center for further testing.

NASA wants to use the giant SLS rockets and an Orion space capsule to take astronauts back to the moon for the first time since 1972. For the Artemis 1 mission, the SLS rocket will first orbit the moon unmanned and then return to Earth. . Astronauts are expected to orbit the moon with Artemis 2 in 2024.

Only Artemis 3 should land with astronauts on the Earth satellite. NASA also plans to send the first woman to the moon and build a space station to orbit the moon. NASA wants to test technologies for the first Mars missions planned for the 2030s on the satellite. The first four launches of the SLS rocket are said to cost $4.1 billion each.