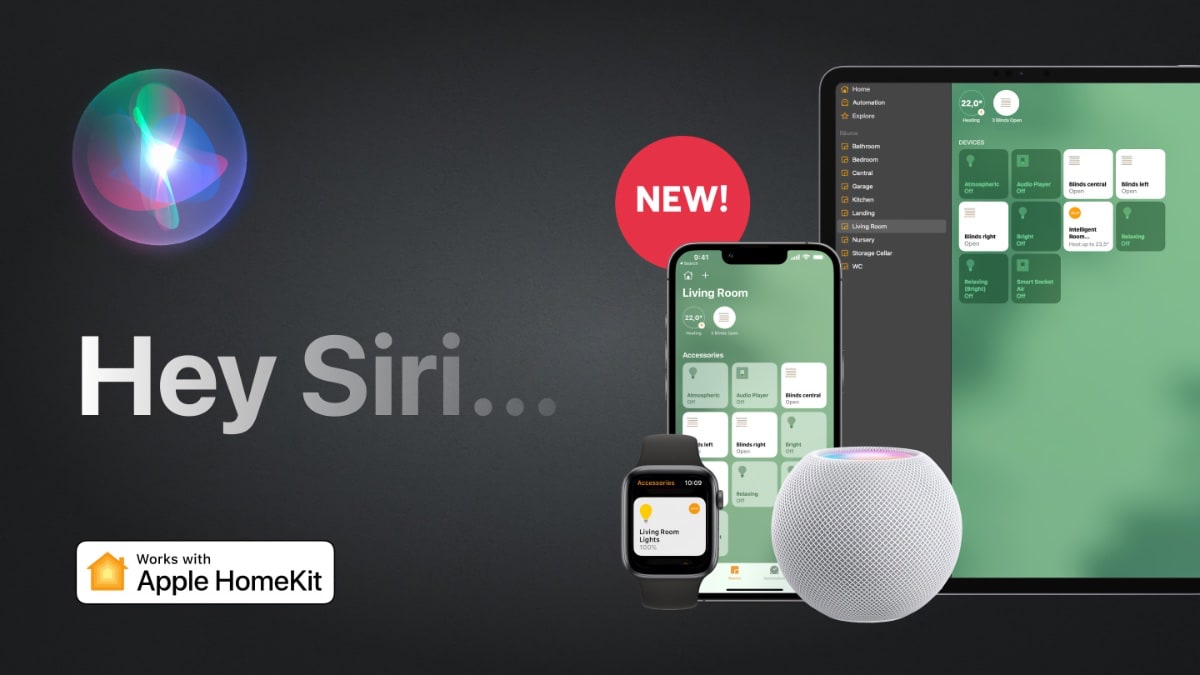 There is a wide variety of solutions to operate a “smart home”. Most people probably rely on wireless solutions like Hue and Co, because they can be easily retrofitted and therefore don’t present a problem when operating in rental properties. A wired solution is more reliable, as is the case with the Internet connection. They are more likely to be found in new buildings. The KNX bus system, which is also not unknown, is widespread: the Loxone home automation system, from the Austrian manufacturer of the same name. Opinions often differ when it comes to usage, but Loxone also offers an interface to the KNX standard. By the way: Loxone took over the German speaker manufacturer Quadral in 2020 to implement audio solutions.

While a Raspberry Pi (with Home Assistant, iOBroker & Co) often serves as the hub and “brain” of the smart home for “craft solutions”, Loxone also uses a mini server. The latter has already received official certification for Apple’s HomeKit, which from now on also allows voice control of the Loxone smart home using the Siri voice assistant.

According to Loxone, this makes it the first manufacturer of professionally installed automation solutions with native HomeKit support, although some KNX gateways can also communicate with HomeKit. A second generation miniserver and configuration version 12.2.12.1 or higher are required for HomeKit compatibility with Loxone.

Setting up or connecting to HomeKit is very easy. This requires full local access to the miniserver. Internet access is required for the setup process. The new “Apple HomeKit” menu item can now be found in settings. This walks you through setup step-by-step and spits out the required HomeKit setup code or QR code, among other things. Setup in the Apple Home app proceeds as usual. During the setup process, you can also choose which features of Loxone created HomeKit users should be available. Finally, you can choose which devices you want to transfer to the Home app and control them from there.

Once configured, Loxone passes various devices and scenarios to HomeKit. These include lights, windows, doors, room ventilation control, various switches and audio players, as well as scenes defined in the Loxone app.

The following blocks or functions are supported:

Various control commands can then be issued using Siri:

“Hey Siri… play some music in the kitchen”

When it comes to data security, HomeKit and Miniserver communicate on the local network. Remote access via HomeKit is also possible via a HomePod, an iPad set up as a control center, or an Apple TV.

Plus: Loxone building blocks can now also be used in the Apple Shortcuts app for further automation.

This article contains affiliate links. Clicking on it will take you directly to the provider. If you decide to make a purchase there, we will receive a small commission. Nothing changes in the price for you. Thanks for your support!