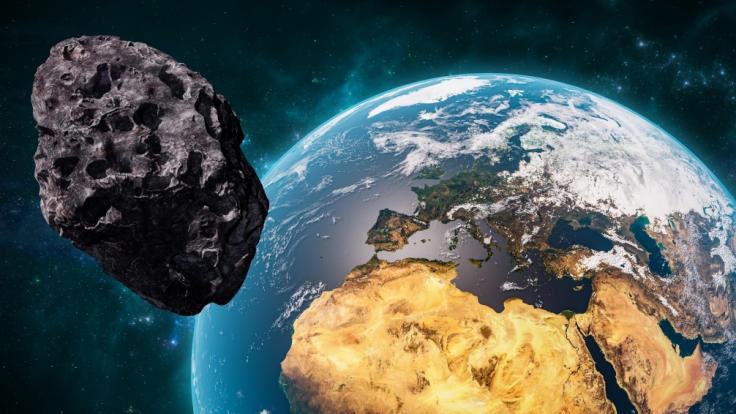 12 asteroids will reach the closest point of their orbit to Earth on Monday. An overview of the currently largest asteroids near Earth.

NASA currently has knowledge of more than 1.1 million asteroids in the solar system. Thousands more of these irregularly shaped rocky bodies are discovered every month. Particular attention is paid to so-called near-Earth asteroids, which do not move around the sun like most asteroids in the asteroid belt, but come close to Earth’s orbit and can therefore also be dangerous to our home planet. This article gives you an overview of all near-Earth asteroids passing the closest point in their orbit today.
On Monday, April 4, 2022, a total of 12 asteroids will arrive at their closest station during the day.

The closest thing to Earth today is the asteroid “(2017 WN13)”. It approaches our planet at 03:56 at a distance of up to 2.4 million km.
The asteroid that has come closest to us so far without impacting the Earth has been “(2020 QG)”. On August 16, 2020, it passed by Earth at a speed of about 44,000 km/h, just 3,000 km away. Coming from the direction of the sun, experts did not see it coming: it was only seen 6 hours after its flyby. It probably wouldn’t have caused much damage on Earth even if it had collided. Due to its small size, only 3 to 6 m in diameter, it is assumed that it would have burned up in the atmosphere if it had come close.

All near-Earth asteroids today at a glance

+++ Editorial Note: This text was created automatically based on current NASA data. If you have any comments or questions, please contact [email protected] +++