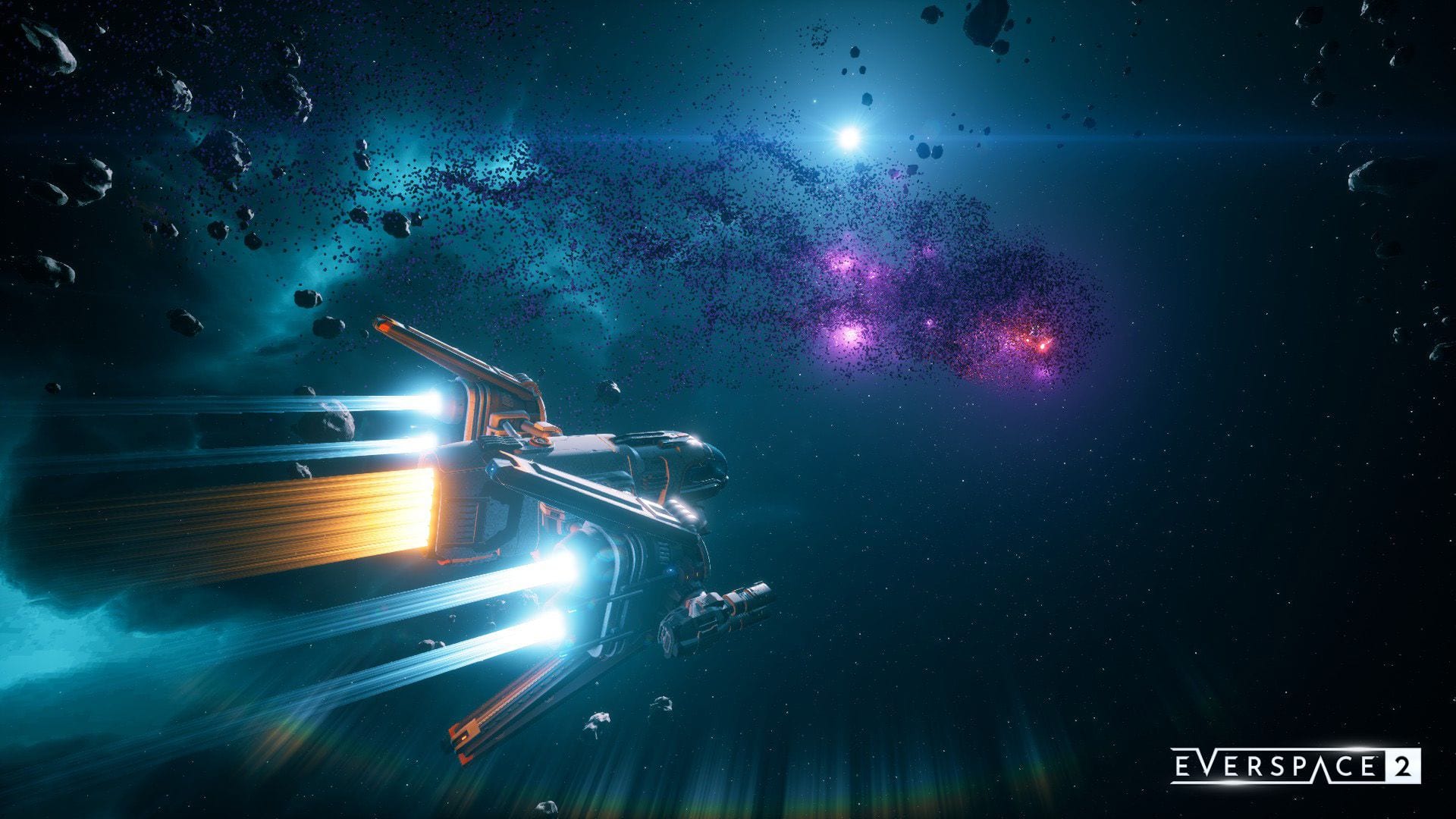 Independent AA Developer ROCKFISH Games announces today that there is no April Fool’s Joke: the latest update called stingers debut is now available to all EVERSPACE 2 players on Steam and GOG and will soon be available on the Microsoft Store as well. Several locations are part of the update. Pilots can now explore space in EVERSPACE 2 in German, for example. The German dubbing of the dialogues will then follow for the full version in early 2023.

stingers debuton the 2022 roadmap so far rogue’s debut called, brings into play the Stinger, the third light fighter class in EVERSPACE 2. This new class of starship is highly maneuverable and skill-focused. This makes it particularly suitable for pilots who have taken up electronic warfare. Skillful use of gadgets is crucial to fully exploiting the Stinger’s abilities. When using ship gadgets, a third primary weapon is activated under the Stinger’s hull, dealing 50% more damage. The Stinger’s Void Swarm Ultimate instantly resets the cooldown of all gadgets and unleashes a swarm of aggressive microbots that devour anything in their path, mostly jumping on their intended target. Upon returning to the player’s ship, the bots will restore the Stinger’s hull and armor based on the damage dealt. Random Stinger ship perks include a 20% reduced cooldown on attack or support devices, a 25% increased Void Swarm radius, or a five-second cloaking feature after destroying your own shield .

In addition to a new enemy sub-faction, Okkar Prime, the update also includes improved crafting and resource gathering capabilities, as well as additional new gear, story content, perks, and challenges spread across EVERSPACE 2’s star systems. Along with these improvements , the ROCKFISH Games team has also rebalanced parts of the game and added temporary difficulty settings that can be changed at any time.

“While Stinger’s Debut does not include a new star system, the included features and sweeping changes bring new depth to the overall experience, especially when starting a new game,” said Michael Schade, CEO of ROCKFISH Games. “We have also created a new player database to analyze the profound impact of changes and additions to the game, such as crafting, resource mining, navigation devices, and the new game progression curve. excited to see how many catalysts and blueprints will be found and what new builds the top drivers will come up with.”

the stingers debut The update also includes German, French, Italian, Spanish, Brazilian Portuguese, Polish, Czech, Simplified and Traditional Chinese, Japanese, and Korean localizations to accommodate the international EVERSPACE 2 community. As early localization implementations may not be perfect , the EVERSPACE 2 localization will be continually updated along with missing texts and necessary fixes until the release of the full version in early 2023.

The EVERSPACE 2 demo on Steam has also been updated with all relevant changes, including the current localization status. In the updated demo, players around the world can explore the first sector of EVERSPACE 2’s first star system and transfer their progress to Early Access.

Two more major updates are planned for EVERSPACE 2 this year. with Drake: Gang Wars becomes the vast star system drakes available that will put pilots in the middle of a battle between three factions for lava planets and oceans. ancient cracks, scheduled for the fall, will give players a first taste of high-risk, high-reward end-game content and challenges. More details about Drake: Gang Wars and cracks of the ancients is available in the EVERSPACE 2 Roadmap News Update on Steam.