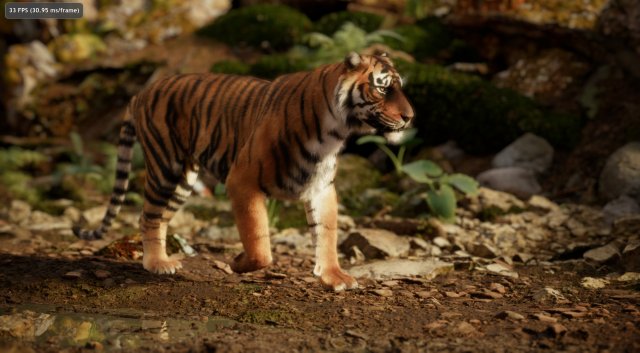 03/31/2022 at 14:25
from Oliver Jaeger –
As part of GTC 2022 held some time ago, Nvidia unveiled the technology behind real-time route tracking. For this, the company used a Geforce RTX 3090 with a resolution of 1080p. Nvidia’s Aaran Lefohn has now shown off some demos in short clips via Twitter.

Path tracing is one of many topics, along with ray tracing for example, that Nvidia is working on. According to the chipmaker, real-time graphics is on the cusp of a historic transition to path tracing, which they describe as one of the biggest advances in real-time graphics in many years.

Path tracing is the most accurate type of rendering, but it is also computationally intensive due to the simulation of light/material interaction through many bounces. With recent advances in hardware ray tracing, systems research, stochastic light sampling, and denoising, Nvidia is building a tracing path for scenes with billions of triangles and millions of light emitters in real time.

During GTC 2022, Nvidia presented what can currently be done with real-time route tracking. The company showed off a variety of demos that were generated using a Geforce RTX 3090 at 1080p. Nvidia’s VP of Graphics Research Aaron Lefohn recorded short excerpts of this via Twitter.

The Paris Opera can be admired in the first show. This scene is said to contain over 160 million instantiated triangles (60 million unique triangles). Nvidia used path tracing with up to three indirect lighting bounces. In addition, it is said that 500,000 radiating triangles have been used for the main lighting and 30 dynamic spotlights have been added. The scene runs at 30fps on a Geforce RTX 3090 at 1080p.

Another scene shows a tiger moving slowly through a jungle. This one has 3 billion instanced triangles, while the tiger is said to have 3.5 million hair segments. Light transport is simulated with up to 30 bounces of the route trace, then noise is removed. Like the Paris Opera demo, this scene runs at 30fps on a Geforce RTX 3090 at 1080p.

Aaron Lefohn has a few more demos shared via twitter, which display a wide variety of routed scenes. Until now, the technology is said to have only been used in older games like Quake 2, Serious Sam, and Minecraft (RTX). It may be a while before modern games can enjoy real-time route tracking.