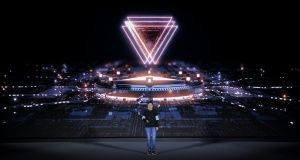 We have often reported on internal developments from China, whether in the area of ​​processors or graphics cards. Until now, graphics cards have always been from manufacturers that have produced them under license. One example is Innosilicon’s Fantasy One series of graphics cards. Chinese manufacturer Moore Threads, led by Jianzhong Zhang, former vice president of NVIDIA China, now introduces the MTT S60 MTT S2000 graphics cards that were fully developed in China.

The specially developed Musa architecture forms the basis for the two GPUs or graphics cards. Musa stands for Moore Thread Unified System Architecture. Up to 4,096 shader units and up to 32 GB of graphics memory are installed on the cards, although the number of shader units is not yet of real importance for performance and memory expansion to this level may also make more or less sense. .

The raw throughput of the MTT S60 with 2048 shader units is 6 TFLOPS and the card is designed primarily for desktop and workstation use. A GeForce GTX 1070 or Radeon RX 6500 XT also achieve around 6 TFLOPS. The MTT S2000 comes with 4096 shader units at 12 TFLOPS. This model is intended for server use and is intended to perform scientific computations (PyTorch, Tensorflow, PaddlePaddle) there. In both cases, LPGDDR4X is used. The GPUs are made in 12nm by SMIC, a Chinese foundry supplier. 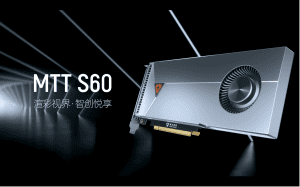 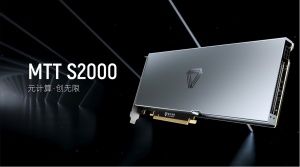 According to the manufacturer, the performance of the MTT S60 should be enough to display League of Legends smoothly in 1080p. However, it is not known at what quality settings this was achieved. GPUs can run DirectX, Vulkan, OpenGL, and OpenGL ES. On the codec side, H.264 and AV1 are accelerated.

The MTT S60 is a single slot card that receives cool air through a flat radial fan. The MTT S2000 comes without a fan on the card and is cooled by the airflow from the server. An 8-pin connector can also be seen at the end. It is not known which version of PCI Express the GPUs are targeting.