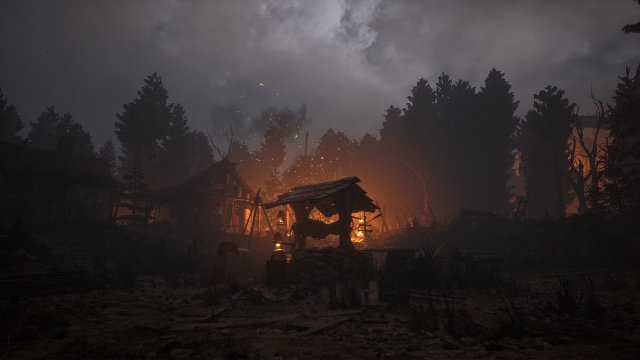 04/06/2022 at 10:45
from Thilo Bayer –
Of course, the next game of The Witcher should not be missing from the presentation of the final Unreal Engine 5. CDPR explains why switching to the Epic engine.

Unreal Engine 5 is ready; that alone is worth a news report. But the trimmings were almost more exciting, because two new games based on the UE5 were also announced in the zone. A new The Witcher has already been announced in advance, but the next Tomb Raider is also based on Unreal Engine 5. In both cases, the developers are giving up their own engines.

“Monster Hunter Wanted”: This is how CDPR was attracted by Epic

The Unreal Engine program also featured Pawel Zawodny (CTO) and Jason Slama (Game Director) from CDPR. They explain that while they have only been working with Epic for a short time, the main reason they became aware of Unreal Engine 5 is the transition to the open world. In fact, there was probably even a specific trigger: Jason Slama reports on Quixel’s Medieval Environment demo, which was released last year and contained some sort of reference to CDPR.

06:10
Unreal Engine: CDPR took notice of the UE5 because of this medieval tech demo

Slama says in the video: “There was a demo last year, the Medieval Environment demo, which at one point had a billboard that reminded us a lot of our own old projects and even had a sign that said ‘Monster Hunters Wanted’. “I guess it was to tell us that we should switch to Unreal Engine. “Look how good your games look on it.” Was that the secret intention of the entire demo? I don’t know, but it piqued my interest.

Zawodny adds that the collaboration opens a new chapter in which they want to discover how “our experience with open world games can be combined with the engineering power of Epic.” Open-world games have “exponentially greater chances of something going wrong” compared to linear games. This allows players to take any path and theoretically access content in any order. To do that, you need a “really stable environment” where you can “be absolutely certain that the changes you make won’t cause 1,600 problems elsewhere.”

Unreal Engine 5 offers many advantages because it is already being used by many teams around the world and is being further developed through input. The tools become more agile due to the different perspectives of the developers. It’s “really cool technology for rapidly creating attractive and realistic prototypes and environments.” And CDPR isn’t about “just building some features” with Epic. Don’t stop there and work together to “achieve something extraordinary.”