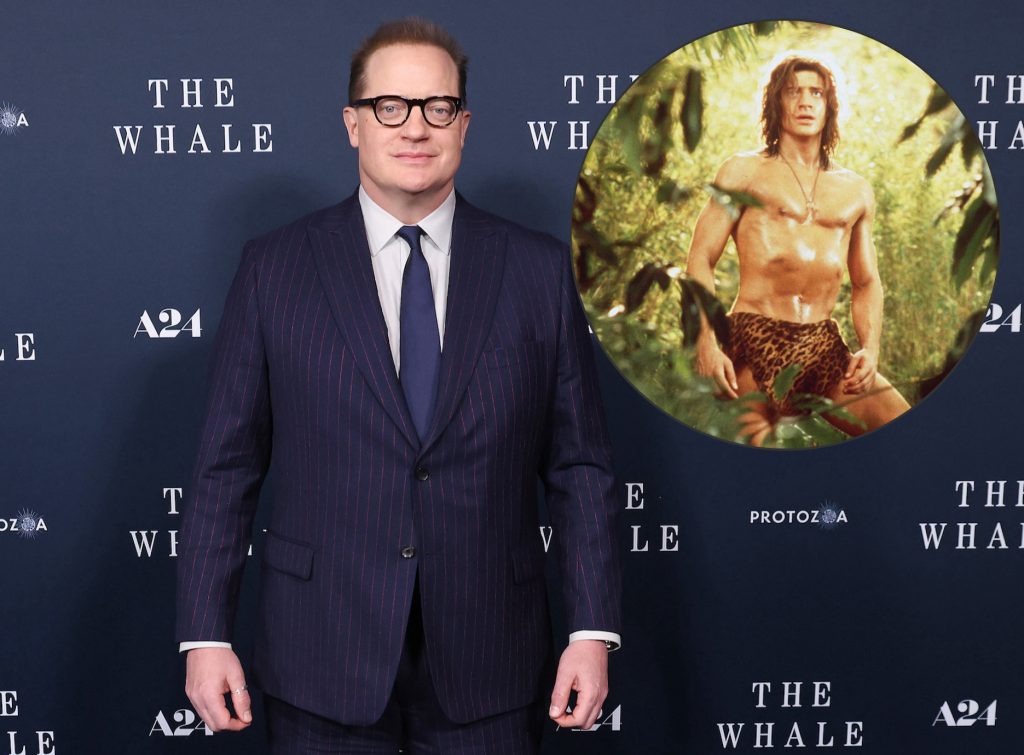 Actor Brendan Fraser enjoyed great success in the 1990s and 2000s. In 1997 he thrilled millions of moviegoers in theaters as “George – Came Out of the Jungle”. Lightly dressed in a Tarzan look, he showed off his lean and muscular body. But the price of this was very high, as he now reveals in an interview.

Brendan Fraser (54) has been on the screen for over 30 years. Especially in blockbusters like “The Mummy”, “Inkheart” and “George-Who Came Out of the Jungle” he made his way into the hearts of movie fans. The adventure hero always had to get in shape for his roles. Especially in the modern film adaptation of Tarzan, in the role of “George” he shows not only a lot of skin, but also muscle, with little clothing. To do this, he had to follow a strict low-carb diet, which was accompanied by unexpected side effects.

If you want to lose weight quickly, you should avoid carbohydrates in your diet as much as possible, at least that’s popular dietary advice. This method is particularly popular in Hollywood, when performers need to get in shape for a role in a matter of weeks or months. Completely giving up carbohydrates can be accompanied by strong side effects, as actor Brendan Fraser recounted in a conversation with his colleague Adam Sandler for the celebrity magazine “Variety.”

In the video, Adam Sandler shares how jealous he was of the fit body Brendan Fraser showed off in George: Who Came Out of the Jungle. “He was disappointed in how good you looked,” jokes comedian Sandler. “Clothes consisted of no clothes,” Fraser explains why he was dressed in a naturally muscular suit. “George eats bananas, he swings all day and just wears a loincloth,” Brendan Fraser humorously describes the character he played at the time.

However, Fraser explains that such enviable good looks came at a high price. He was constantly waxed, oiled and hungry. After a day of shooting, on the way home, he was so hungry that he had to stop somewhere in the car to eat. “One day I needed some cash and I went to the ATM, but I couldn’t remember my PIN number because my brain wasn’t working right,” Fraser says of the side effects of her low-carb diet at the time. Severe carbohydrate avoidance can actually affect brain function, as experienced by Fraser himself.

“Brain fog” due to too few carbs

Carbohydrates are important in supplying energy to the brain. A severe lack of it can even lead to so-called “brain fog” (in German, brain fog), as nutritionist Nichola Ludlam-Raine tells the news magazine “Insider”. The collective term refers to various symptoms such as lack of concentration, orientation problems, difficulty finding words and also sudden forgetfulness, as was the case with Brendan Fraser.

Actors are more open about their appearance on screen.

More and more actors are speaking openly about their hard diets, which they must confuse with film roles. ‘Magic Mike’ actor Channing Tatum recently opened up about torturing and starving himself on screen to get a six pack (reported by FITBOOK). His conclusion: “Looking like this is not healthy.” Actor Zac Afron worked even more rigorously to achieve his absolutely slim body in the Baywatch movie. Not only hours of daily exercise and avoiding carbohydrates helped, but also a diuretic. This even led to depression. (FITBOOK reported on this).

Brendan Fraser is another example of how movie actors don’t necessarily have beauty ideals. Its on-screen perfection is often just a snapshot. Months of hard training and a strict diet that you cannot maintain in the long term are the price. It is not surprising then that the actors in paparazzi photos look very different in everyday life.

Do you have a question about fitness or nutrition? Feel free to send them to us by email at [email protected] We select the most interesting questions and answer them with the support of our team of experts and the current situation of the study. We are excited!