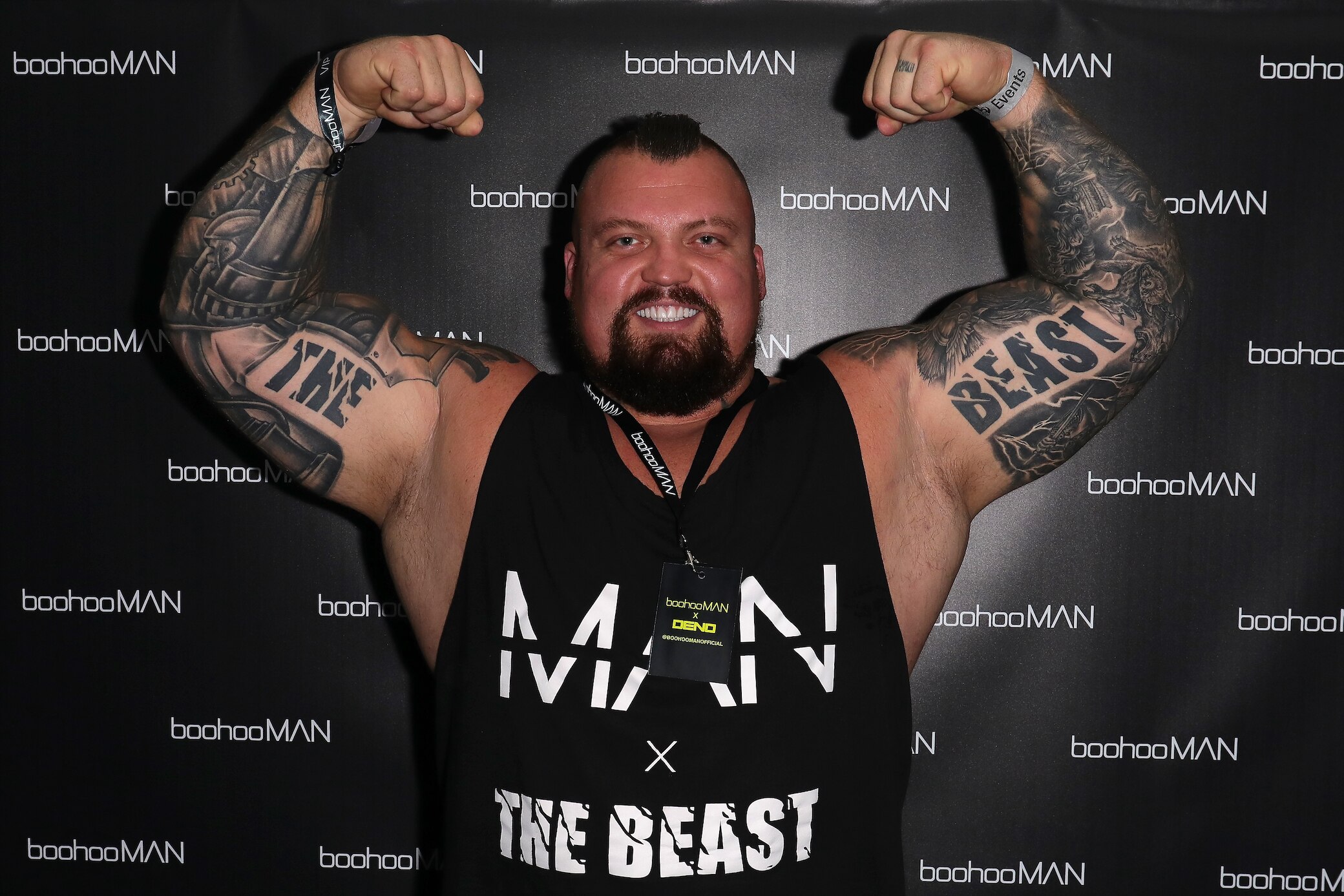 Eddie Hall has been a celebrity ever since he won the World’s Strongest Man title in 2017 at the annual strongman competition. But his career from strongman to boxer to bodybuilder is also interesting. He now shows off his new training in a video.

Eddie Hall’s appearance alone is impressive: 1.91 meters tall, around 160 kilos in weight, plus a beard, Mohican and tattoos. His sports career to date is at least as remarkable: he set a strongman world record in 2016, when he became the first person to deadlift 500 kilograms. Since then, Eddie Hall has undergone a transformation: from strongman to boxer. He now has his next goal in mind: after a brief trip to the boxing business, he now wants to transform his body into that of a bodybuilder. And that requires new training, as he shows in a recent YouTube video.

How Eddie Hall wants to become a bodybuilder

Unlike before, Eddie Hall no longer has to train his maximum strength like he did in strongman days. Instead, it’s about achieving the bodybuilder aesthetic. “So far I have trained as usual, I still had more strongman training,” says the “strongest man in the world.” “But I’m going to adapt now and I’m going to do a bodybuilder workout today. That means spending a lot of time under tension with a lot of repetitions to pack up as much volume as possible in the chest area,” Eddie Hall explains the goal of his new chest workout. He receives training advice from bodybuilder and fitness YouTuber Jesse James West and moral support from his son Max.

For his first chest exercise, Eddie Hall chooses a classic: the bench press. To warm up, he does fast reps with the barbell without weights. However, for maximum muscle tension, bodybuilders do not perform the entire movement, but only brief up and down movements just above the chest. Instead of using max weight and lower reps like in his strongman days, Hall now trains with lower weight and higher reps to keep the muscle contracted as long as possible. He then comes to a total of four sets of 25 reps each. From the flat bench press to the incline bench press. This works the upper part of the chest muscle more. The execution follows the same principle as the flat bench press.

Also interesting: Hafthor Björnsson in the FITBOOK interview: »He often had black eyes

After the bench press in two variations, he moves on to the machines. First, the chest press, focusing on the upper chest. Eddie Hall’s goal is three sets to failure. YouTuber Jesse James gives him the advice not to max out in the first two sets and only max out in the third set. It is also important to focus on the chest muscles during the performance and to feel them.

Jesse James also fixes Eddie Hall’s chest press move. Exaggeratedly small range of motion is incorrect. You can limit the range of motion a bit to maintain the tension phase, but not too radically. After the chest press, Eddie Hall checks the success of the training and takes off his shirt to flex his muscles a bit.

Also interesting: This happened when Eddie Hall lifted 2,200 pounds on the leg press.

At the end of the chest workout, the butterfly machine is used. A wide range of motion is important here. As you swing, reach back with your arms until you feel a stretch in your back. Then push the weight forward until your hands are in front of your chest. After a few sentences, both YouTuber Jesse James and Eddie Hall himself are impressed by the inflated chest.

As a grand finale, the strongman chooses an exercise from his youth. These are oblique push-ups on a bench for support. The special thing about these: They are performed extremely slowly, so you can fully concentrate on tightening your chest. Hall does a maximum of ten repetitions. There is still a lot of sweat flowing. In the end, there are a total of five chest exercises that not only provide Eddie Hall with an impressive chest pump, but also his fitness partner Jesse James. Definitely a new workout for the strongman on his way to becoming a bodybuilder.