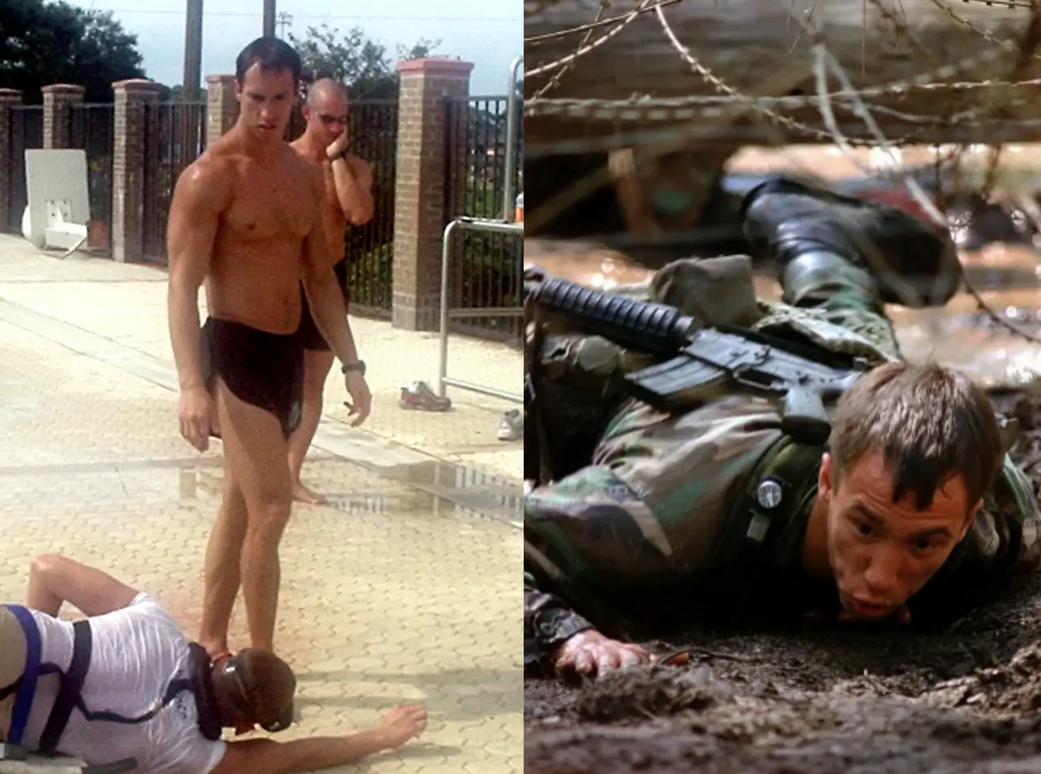 According to a former American military trainer, you only need nine minutes a day to really get in shape.

Too, too fast is a mistake, Mark Lauren learned during his time with the Air Force special forces.

You can save yourself the trip to the gym. When exercising, Lauren relies on her own body weight.

Do you want to get in shape? So you shouldn’t exercise too much. What initially sounds paradoxical has a scientific background. According to Mark Lauren, a former US military trainer, nine minutes a day is enough to develop an athletic physique. That’s just 0.3 percent of his week.

And you don’t even need fitness equipment or weights for the exercises. All you need is your own body weight, says Lauren. Gym freaks can be muscular. However, according to Lauren, many of them push themselves to the limit with cardio because they don’t incorporate it into their training often enough.

Lauren joined the US Air Force Special Forces in the 1990s and later became a trainer to nearly 1,000 service members. Her job was to prepare them for all kinds of scenarios, whether it was climbing a wall or diving.

Lauren quickly realized that long, grueling workouts didn’t necessarily lead to the best results. They were inefficient because they used a lot of energy. Therefore, the trainer developed her own special program, which works only with body weight. Lauren also describes her exercise program in detail in her book Strong and Lean. These workouts should be effective in helping people “achieve their fitness goals with the least amount of effort,” according to Lauren.

When you’re starting to build your exercise routine, don’t overdo it. Because your fitness sessions will not become routine if the effort is greater than the reward. For example, if you go to the gym for half an hour, spend an hour there and drive back, and you do it five days a week, you are likely to lose motivation quickly.

Instead, you can train for nine minutes at home and without any equipment, says Lauren. “Especially when you’re just starting out, or if you haven’t exercised in a long time, it takes very little to start seeing results,” Lauren said. “You don’t need an hour. You could probably do a round of push-ups and be sore the next day.”

Lauren’s workouts begin with a warm-up, floor exercises, standing exercises, and mobility exercises. She ensures that the body is trained from top to bottom.

A sample workout with three exercises.

Glute bridge (pelvic raises): Lie on your back with your knees bent and feet hip-width apart on the floor. Then lift your buttocks so that your back, buttocks, and thighs form a straight line. Tighten your pelvis and abdominal muscles. Then lower your buttocks to just before the floor.

Starfish twists: The starting position here is push-ups. Your feet are hip-width apart. Turn your heel to the left and swing your right arm up to hold a sort of side plank. Keeping your right arm higher, rotate your hips so they’re parallel to the ground and land on the balls of your feet. Then lower your arm down. Now it’s the other side’s turn.

Lower squat: Begin the exercise in an upright position (knees slightly bent), with your arms straight. Take a step forward with your left leg. Then you also move your right leg forward. The hip joints are low and the chest is straight. Step back in the same way and repeat with the other leg first.

These workouts are designed to strengthen your core and give you a solid foundation. “If you really want to develop a strong, athletic physique, you have to lay the groundwork first,” says Lauren. Only then is it worth increasing the intensity. You can watch the full nine-minute workout here:

This article was translated from English by Lara Hansen. You can find the original here.