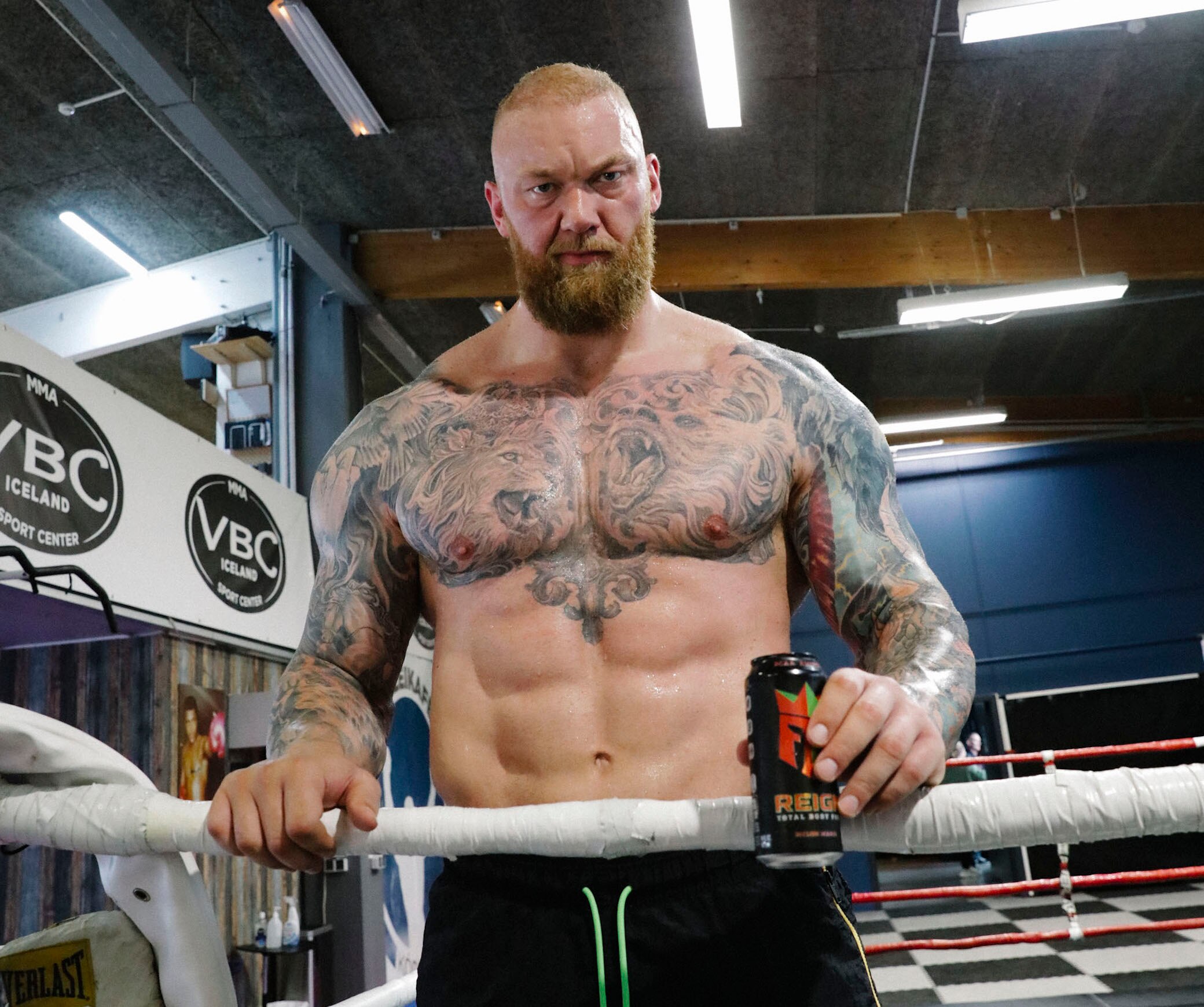 Hafthor Björnsson has gone from strongman to boxer. Instead of mass, what matters to him now is an athletic body. Even if a new boxing match isn’t coming up, the former GOT star continues to work on his muscles. He now he impresses with a steel six pack. But his back and shoulders are not neglected during training either, as he now demonstrated in a video clip.

Hafthor Björnsson, who is still known to “Game of Thrones” fans as The Mountain, looks much slimmer today than he did when he was on the series, but the six-foot-tall man still has mountains of muscle, especially on his torso. arms and shoulders. Hafthor Björnsson now shows in Instagram videos what workout he uses to strengthen his upper body.

He played his most famous role in “Game of Thrones,” followed by “Desert Strike” and “The Northman” in 2019. Now Björnsson is apparently back in front of the camera. The caption he posted on his training video suggests: “Abs and back muscles attack today after twelve hard hours of work. I shot a very grueling fight scene all day today with the sun beating down on me hard. I’m grateful and blessed to be in the best of health and physical condition.”

We don’t know exactly what project the Icelander filmed the fight scene for, but it’s even more impressive that Hafthor Björnsson then did a sweaty upper-body workout at the gym, with a focus on his back. One notices Björnsson’s casual shoes. Instead of wearing sneakers, the 33-year-old casually trained with Adilettes! A fun detail, but not necessarily recommended in the gym because the feet are naturally not protected and the stability also leaves a lot to be desired.

Also interesting: “Game of Thrones” star Hafthor Björnsson: “No sex on the day of the boxing match

The first exercise that Björnsson demonstrates in the clip is plank leg raises, also known as leg lifts. Supported by both forearms, he slowly brings his straight legs up to a right angle at the hip joint. Ideal to activate the abdominals and sculpt your six-pack.

The first back, shoulder and bicep exercise Hafthor Bjornsson does as part of his upper body workout is the one arm row. Performing the exercise with one arm allows you to focus on one side.

Also interesting: One-arm dumbbell row for a strong back: this is how it works

With another exercise, the standing two-arm row, Björnsson also uses gravity and specifically targets the muscles of the lower back and buttocks, as well as the rear shoulder muscles and biceps.

After the lower back muscles, it was the turn of the upper back. To do this, Björnsson relied on the reverse butterfly, which trains both the shoulders and the back.

Do you have a question about fitness or nutrition? Feel free to email them to [email protected] We select the most interesting questions and answer them with the support of our team of experts and the current situation of the study. We are excited!