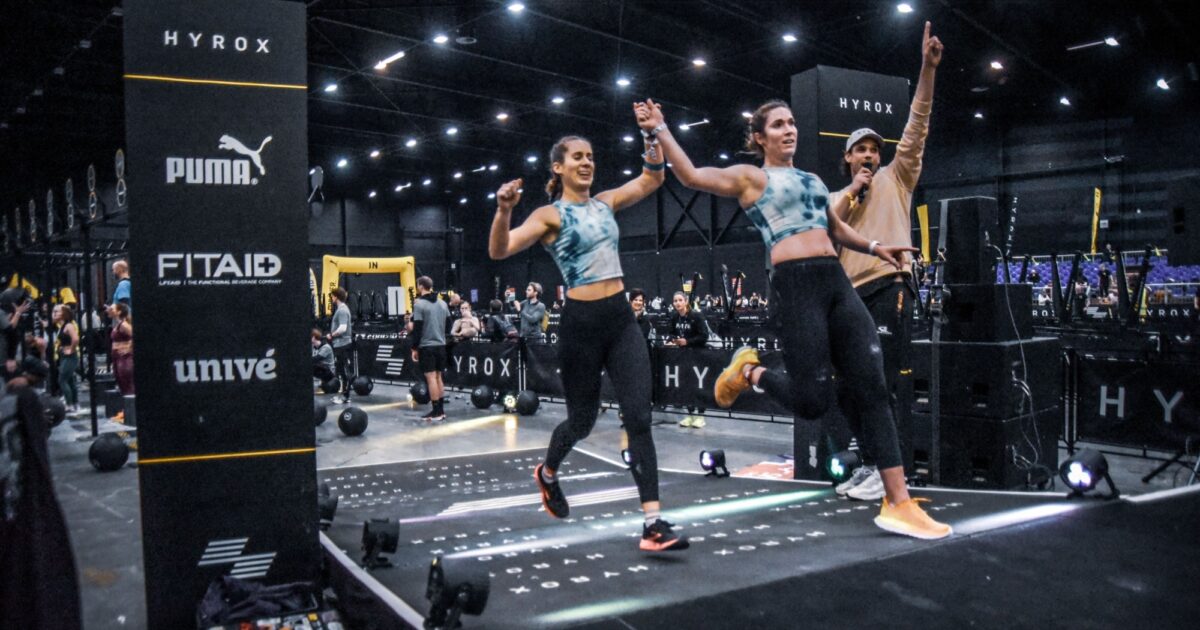 ASCHAFFENBURG/MAASTRICHT. The 30-year-old athlete from Aschaffenburg and HYROX took part in the European Championships in Maastricht with great expectations. Nearly 2,500 athletes fought last Saturday, January 21, 2023 in different categories for the title of European champion. The same goes for Kerstin Brückner, who ranked 13th among the PRO WOMEN at the 2022 European Championships.

Unfortunately, he was unable to participate in the heaviest weight class this year, he says, because only the world’s top 15 athletes competed for prize money as “ELITE15.” “Currently my world ranking is 30-40, with a time of 1:11:28 hours, I would have been in the elite 2 years ago, but this year the competition has become even bigger, faster and stronger.” Thus she competed with 60 athletes from her age group 30-40 in the female category.

Motivated and with the aim of bringing the European title closer to Untermain, we headed for the starting line. Now it was time to complete 8×1 km runs and 8 defined strength exercises as quickly as possible. Otherwise, he pushes, loads, and completes heavyweight exercises in the pro category, so he boasts a short “workout time” per exercise. If he now runs the 8km fast, the chances of a podium finish are good.

As the saying goes: “Everything turns out differently than you think”, unfortunately for Kerstin Brückner. The start was perfect, after a fast run she went into training 2 and started to push the sled with 102kg, too fast as she found out. It was like a punch to both calves while you were acidifying and cramping. Looking pained, she pushed the full 50m distance to the finish and tried to get back on the running track as quickly as possible. “In that moment I knew the race was over, my goal was too far away, I wanted to stop, give up, but that was not an option,” she said. She ran and completed the laps as fast as she could, after the 75 wall ball on a 9′ high target, she raced to the finish line. She 6th place in the age group with 1.11.56 hours and 22nd place out of 311 women.

Currently running this time in the professional race, she did not have time to be sad, because 45 minutes later she was again at the start line, this time as a double partner with an acquaintance from Koblenz Cathrin Koch, whose partner was not due to changes in the start times, the more it was possible to start. Brückner thought the idea of ​​doing another race right away seemed crazy, but she is already known for such “actions”, she already completed 2 doubles in one day or a pro race and a relay afterwards, but doubles always had a few hours in between and in a relay you only do 2 trainings in a team of 4, divide the trainings according to strengths.

“In a small moment I was in tears, I was looking forward to this competition and training, but I didn’t have time and I put the sadness, frustration and disappointment aside and focused on the second race, including the heavy calves. ”

She completed the women’s team double with a time of 1:11:32 hours / 9th place in the age group and 17th place overall. Of course the preload was high, the body tired, but the focus was on having fun, so Kerstin Brückner finished the second race exhausted but satisfied.

You can do anything you set your mind to, she says, and in a few weeks she’ll be back in Stuttgart and Karlsruhe, but this time again as a WOMEN Pro with the heavyweights, whatever suits her best.

We wish the Aschaffenburg native a good recovery and a lot of success on the way to the World Cup in May 2023 in Manchester.