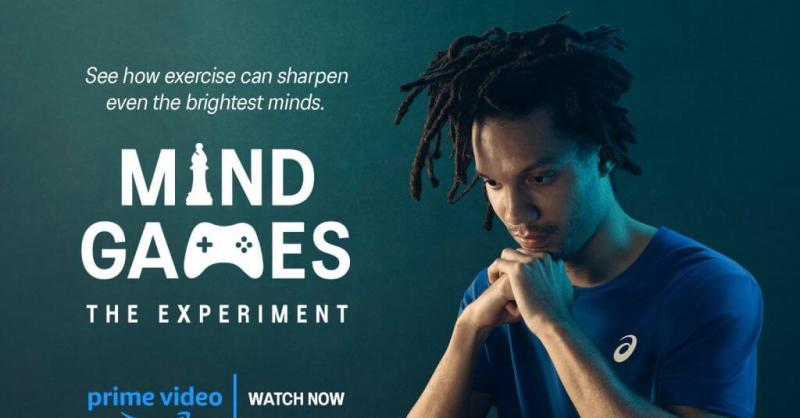 The fact that sport has a positive effect on the body and mind is not a completely new finding. But how much can the best brain teasers in the world benefit from training? Here’s what Japanese sneaker and sporting goods brand Asics investigated in a new study. And who more fitting than the company whose name is made up of the first letters of a Latin saying: Anima Sana in Corpore Sano. In Spanish: “A healthy soul in a healthy body.”

The result: subjects from disciplines such as esports and chess not only improved their fitness, but, according to Asics, were also able to increase their cognitive performance, by an average of ten percent. According to Asics, the international rankings of the study participants also improved by 75 percent.

77 puzzlers from 21 different countries trained their bodies regularly for four months in 2022 under the guidance of Professor Brendon Stubbs, who led the experiment. The sports program, which included up to 150 minutes of training per week, was developed by running coach Andrew Kastor. “It’s a combination of strength and resistance training,” Kastor says. “We saw the first results after just eight weeks.”

In the case of particularly untrained test subjects, such as noted mental athlete Ben Pridmore, this was even the case week after week. According to Kastor, it’s conceivable that the experiment works in reverse as well, meaning that top athletes could benefit from doing a mental workout before their regular training sessions. “150 minutes a week sounds like a lot, but when broken down, it’s the equivalent of five 30-minute sessions. This means the mental benefits of exercise are accessible to everyone, regardless of fitness level,” says Kastor.

According to Professor Stubbs, the findings can also be transferred to the general population: “This also applies to people whose cognitive functions may not be as developed. We are all moving towards sedentary activities and are no longer as physically active as before. “. 40, 50 or 100 years ago. Therefore, they too can increase their cognitive performance through sport and exercise. Whether it’s to focus better when preparing for a test or to increase focus before a presentation at work, exercise can really do it. increase brain power.

Parallel to the study, the documentary “Mind Games – The Experiment” was made, which accompanied the four protagonists Kassa Korley (chess), Ryoei Hirano (mahjong), Ben Pridmore (memory games) and Sherry Nhan (e-sports) during the four months and your progress documented. The film is already available on Prime Video (Link: https://www.amazon.de/dp/B0B751RTNM).

With the 2023 NFL Draft in Kansas City, a new era of football begins in Germany: RTL is no longer Pro7, but the new free TV partner of the NFL. What does that mean? Why did the league take this step? What can fans expect?

The Handball World Championship will take place from January 11 to 29, 2023 in Poland and Sweden. Denmark is the defending champion. The German team faces Qatar, Serbia and Algeria in the preliminary round. Here you can find all the matches, fixtures, tables and results.

The NFL season and the Super Bowl will be broadcast on free television in Germany via a new TV station starting in 2023/2024. Instead of ProSiebenSat.1 and ran.de, RTL will show the best soccer league in the world in the future. What will become of the #ranNFL expert team?