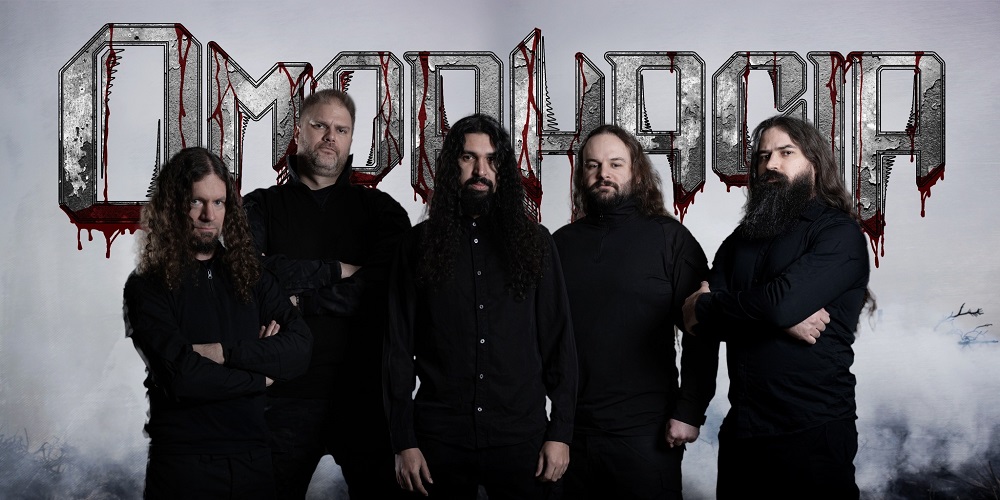 With their fourth album “Rebirth In Black”, OMOPHAGIA presents an entertaining colossus of technological death that catapults the bar for atmospheric yet varied and technical death metal to heights that are hard to reach. Henrique Freitas and Stefan Wild tell what is different about this album from their point of view, how the pandemic influenced its creation and why the band was reborn black in 2022.

Their new album “Rebirth In Black” will be released by Unique Leader Records, who mainly have Deathcore (Blackened) in their range. Why are you still in perfect hands there?
We’ve been with Unique Leader Records since 2016 and Erik Lindmark, founder of the label and lead singer and guitarist for Deads Of Flesh, brought us on board. Back then, the label was well known for its high-quality death metal. In our view, this has changed since Erik’s death in 2018 and is now more deathcore oriented. But it’s probably also an enrichment for the label when the bands follow slightly different styles. 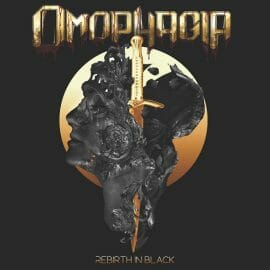 How would you describe it to someone who hasn’t heard the album yet, preferably in direct comparison to other bands and your previous album?
We would describe the album as Blackned Tech Death. The album is dark, with some Black Metal influences, but still has the same technical influences as on our previous albums. It still has the brutality and intensity you’ve come to expect from OMOPHAGIA, but this time with a darker, more atmospheric twist.

It is remarkable that “Rebirth In Black” with the same number of songs twelve more minutes. How did that come about and how does it affect the songs from a compositional point of view?
We slightly changed the song structures and added some atmospheric parts. Some songs have orchestras added, which of course plays a role in the length of the song. However, when we write songs, we don’t primarily pay attention to the length of the song or the album, we create the music in the way that best suits the song, and then the song ends up being longer or shorter accordingly.

Your songs are still characterized by extreme speed and brutality, but also by technical finesse: after a band rehearsal with the material, at least your instrumentalists no longer need to train, right?
Yes, that’s true: the songs are exhausting to play and that definitely replaces a workout. (laughs) We always go full throttle live, too, and we don’t stare at the instruments for the whole concert. 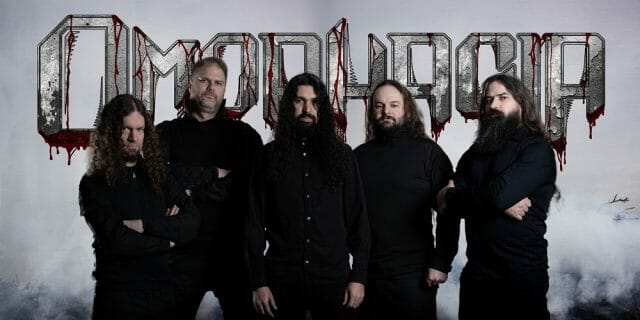 Let’s talk about the title, “Rebirth In Black”. Who will be reborn here, what was the thought behind? Said new black metal influences?
The new album is a bit different from the previous albums. After writing the songs, we have now returned with a darker album, we have also changed our outfit to black, hence the title “Rebirth In Black”. That relates to our music.

The title page shows a flower-covered bust with a golden dagger stuck in it. What is the idea behind this representation? Why is this image the perfect cover for your album?
Gold and black go well together… (laughs) We certainly also wanted something dark, but still with distinctive accents, like with the songs. And it must remain dark and morbid, but aesthetic. This is how we came up with this dark arrangement and chose the colors accordingly.

If the album comes out now, it’s likely that it was made in the middle of the pandemic. To what extent did that influence the album, either in the atmosphere or specifically in the recordings or the creation process in general?
That had an impact on the album. It was a difficult time in general and that also influenced the songwriting. The songs were created based on feeling and creativity, less on desire and planning than on the other albums. By “desire” I mean the desire to create something perfect and put hundreds of hours into a song. This time, the material came more from intuition, that is, from the guts, more in accordance with the thought “It is as it is.” And we think it’s well done and one of our best albums to date. 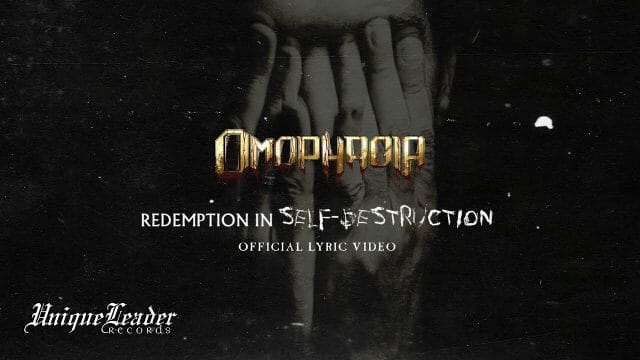 Kristian Kohlmannslehner is back in charge of production, so were you able to shoot in Germany despite the pandemic?
Yes, we engrave with charcoal despite the pandemic. Whenever possible, we recorded at Kohlekeller. But there were also times when we had to interrupt the recording and reschedule it because we were only allowed to enter Germany with difficulty. Therefore, the recordings were made in stages over a longer period of time.

The album also includes a feature by Karl Sanders by the Nile, how did it come about?
We were touring Europe with Nile for four weeks just before the pandemic, so the idea of ​​doing something together came up. We were very happy when Karl Sanders agreed to create and record the solo for us. An honor for us!

Shows are currently possible, but many organizers complain about low advance booking numbers. When or in what framework do you plan to bring “Rebirth In Black” to the stage?
We are already in negotiations for tours and festivals in Europe in 2023. I’m sure you’ll have the opportunity to see us live soon. We look forward to seeing you!

Thank you for your time and responses – a short brainstorming session at the end. What is the first thing that comes to your mind when you hear the following terms?
Aborted: Great band, modern death metal… and we recorded in the same studio!
The last record you listened to: I can’t say exactly because I listen to music 24/7.
Ukraine: Bad thing! We hope that somehow people will get through this and that the war will end soon.
Facekook: It is still very important, especially for event and concert calendars. But we’re not that influential on social media: we’d rather make music together and perform live than advertise on the internet. But that’s just part of it for a band.
Germany: Our dear neighbor to the north. (laughs) We love playing there and the people are fans of amazing metal!
OMOPHAGY in ten years: Musically speaking, generally speaking, still in the same direction, but hopefully always with varied albums and variations. You’re supposed to hear that it’s OMOPHAGIA, but it’s not supposed to be a copy of a previous album. 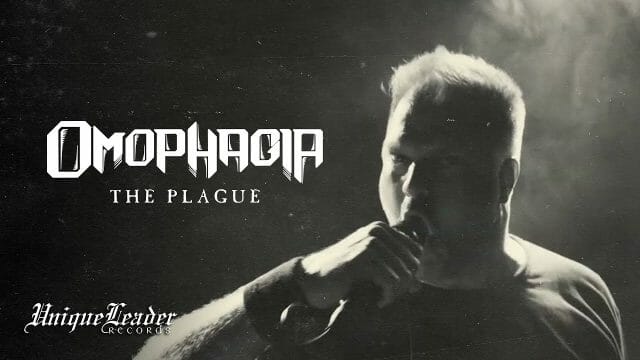 This interview was conducted via email.
The emoticons have been replaced for better readability.