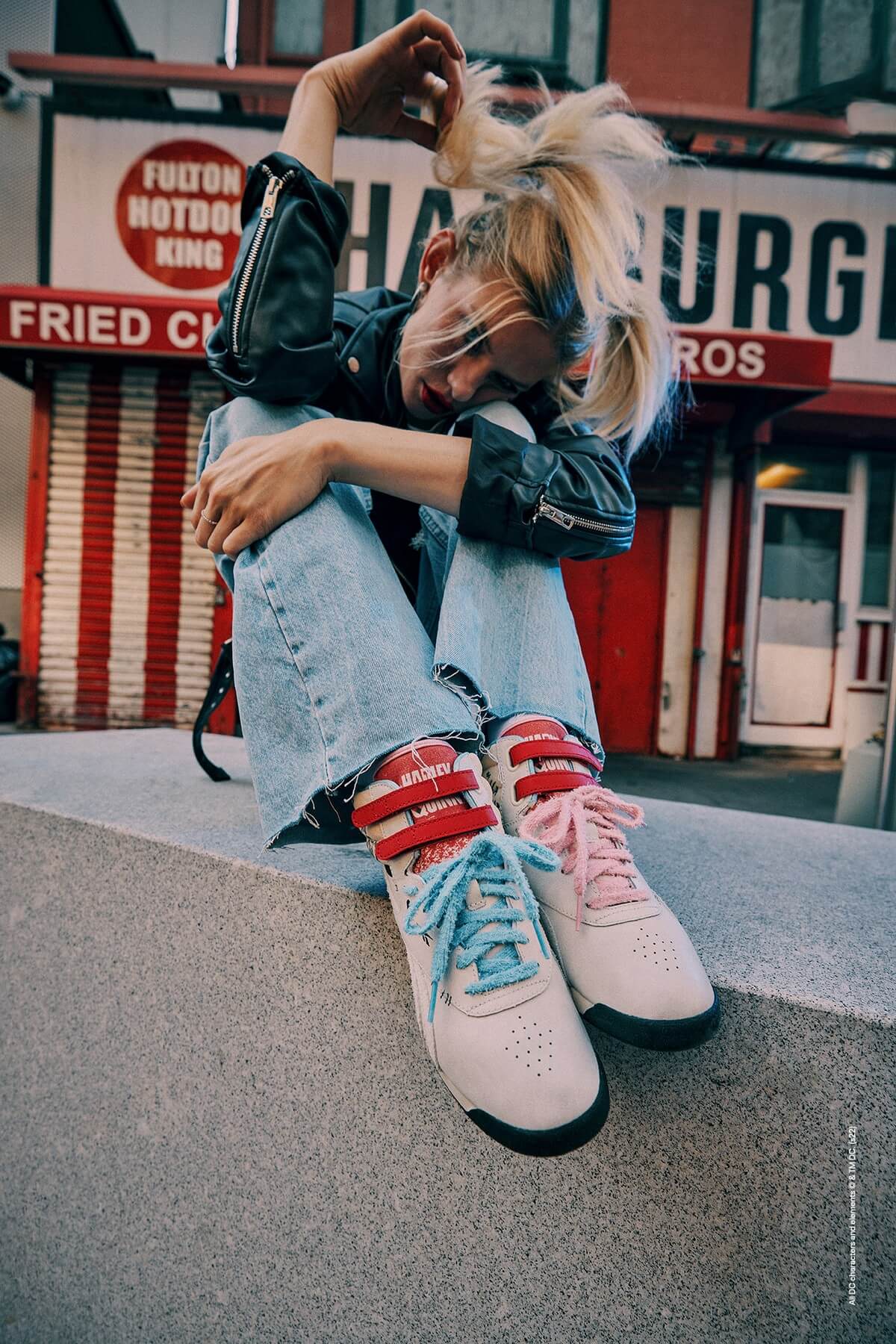 Reebok and Warner Bros. have announced a collection of footwear and apparel inspired by iconic DC characters. The release will be a mix of the most popular Reebok models and DC superheroes.

The collaboration reprises the famous characters Superman, Batman, Wonder Woman, Lex Luthor, Joker and Harley Quinn. In addition to being visually inspired by these characters, the shoes are made from materials typical of superhero costumes.

Shaq Attaq – One of the most iconic superheroes of all time graces the Reebok Shaq Attaq sneaker. Inspired by the “Man of Steel”, this version of the shoe pays homage to some of Superman’s powers. There will also be a Superman-inspired Classic Leather in children’s sizes.

LX2200: The LX2200’s reflective bat emblem on the tongue immediately reveals which superhero this silhouette is all about. The Batman inspiration is clearly evident with the embossing on top depicting the bat suit armor.

Club C 85 – This Reebok silhouette belongs to Joker. The interior of the shoe is decorated with colorful graphics that reference the character’s well-known laugh. You can also see many torn pieces of cloth at the top.

Nano X2: Wonder Woman’s armor shapes the design of the Nano X2. The upper part of the shoes contains a reflective light that creates an effect similar to Wonder Woman’s bracelets.

Various leather and metal accents on the shoe represent the superheroine’s outfit. The reflective laces symbolize the characteristic “Lasso of Truth”.

Freestyle Hi – The design of this shoe was inspired by Harley Quinn. The upper part includes graphics that refer to some of her accessories. Including, for example, his baseball bat and her roller skates.

The transition from heel to top is in a deep blue, which is very similar to the design on his shirt.

There’s a line of unisex clothing to match the shoes, with a collection of graphic tees and hoodies. Each piece features familiar logos from the world of DC, underscoring the theme of good versus evil found throughout the collection.